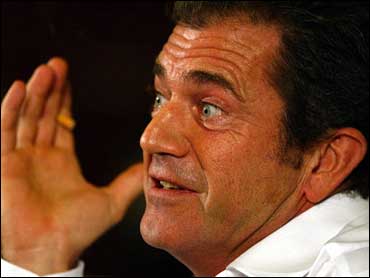 Are drunken words sober thoughts? Or should what we say or do while intoxicated be taken with a shaker of salt?

Actor Mel Gibson is likely hoping for the latter after a recent drunken, anti-Semitic tirade landed the "Lethal Weapon" star all over the news. The outburst — in which Gibson reportedly said Jews were responsible for all the wars in the world — occurred when he was pulled over for drunk driving. He has since publicly apologized and checked himself into an undisclosed rehabilitation program.

"I want to apologize specifically to everyone in the Jewish community for the vitriolic and harmful words that I said to a law enforcement officer the night I was arrested," Gibson said, in a public statement. "But please know from my heart that I am not an anti-Semite. I am not a bigot. Hatred of any kind goes against my faith."

But leading psychologists and addiction specialists — not to mention pundits and talk show hosts — tend to disagree with his assessment.

"You can't pour vodka on a turnip and have it say anti-Semitic remarks," says Gary L. Malone, MD, an addiction psychiatrist and the medical director and chief of psychiatry at Baylor All Saints Medical Center in Fort Worth, Texas.

"When anyone drinks there is a neurological and psychological regression, and the higher the blood alcohol level, the more primitive and hostile the response that comes out," he says. Sorry Mel, "Alcohol can't make you think or feel things," according to Malone.

The silver lining in this incident is that "maybe this will embarrass him enough that he will get help," says Malone. Often an embarrassing episode such as this can be the impetus for seeking treatment.

"People should be held accountable for what they say drunk as well as sober, and forgiveness should not be based on 'the alcohol made me do it' as Gibson is claiming," adds Carleton Kendrick EdM, LCSW, a family therapist in Boston. "I don't accept that because one does not explode in the tirade that he came forth with unprovoked without believing in the thoughts that he expressed," he says.

"Alcoholics will tell you that they try to watch what they say when they are drunk, but that's a conundrum because alcohol frees the tongue to say what is in the heart," he adds.

Jury Still Out on Gibson's Rant

Robert Butterworth, PhD, a Los Angeles-based clinical psychologist, is a little more sympathetic than Kendrick and Malone. "If we all walked around uninhibited, we'd all be saying 'mea culpa' constantly," he tells WebMD.

"We have to see whether the thoughts influence the deed," he says. "Just because [Gibson has these feelings down deep inside], I am assuming he has managed to keep it from influencing him and we shouldn't judge people by how they are when they are drunk," he says.

Northridge, Calif.-based addiction specialist Doug Thorbrun, and author of Alcoholism Myths and Realities, says that what may be true for the social drinker is not necessarily true for the alcoholic.

"For 90 percent of us, alcohol may be truth serum, but in alcoholics it changes the person," he says. "[Gibson] may be a bigot in real life, but there is no way to know until he is clean and sober for five to 10 years," says Thorbrun.

The brain's neocortex is supposed to reign in the instincts and compulsions of the lower brain, but in alcoholics it is not working properly, he explains. "Due to a buildup of poison and resulting damage to the neocortex, alcoholism causes deep behavioral changes."

This is not Gibson's real personality, it's Mr. Hyde, he says. "This is not the real human being. The personality manifesting during a period of active alcoholism is a toxic one and is as opposite of 'real' as we'll ever see," he says.

Regardless of whether 'in vino veritas' (translation: 'there is truth in wine'), S. Hanala Stadner, a rehabilitation counselor in Hollywood, Calif., and author of My Parents Went Through the Holocaust and All I Got Was This Lousy T-shirt, says "one of the reasons that we drink is because we have unfinished thoughts. And therapy can make you finish your thoughts, such as 'you hate Jews because …'"

For Gibson, "therapy is the answer to get him to figure out why he is blaming the Jews," Stadner says.