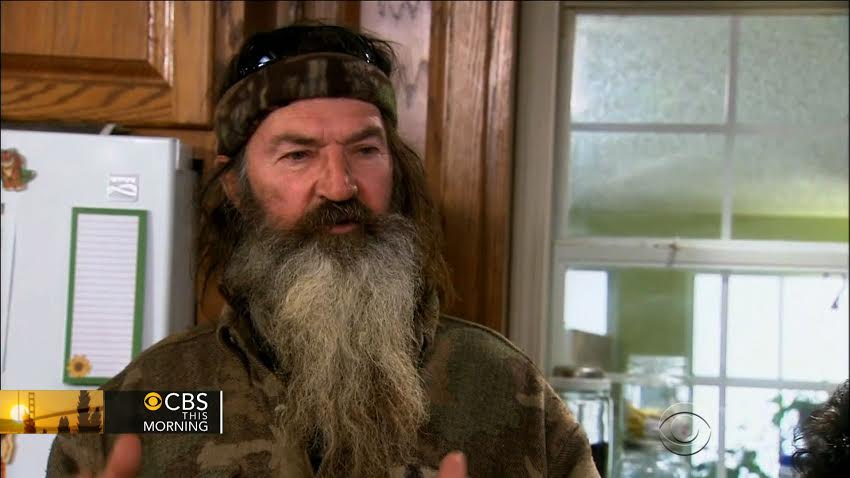 There’s a new controversy surrounding "Duck Dynasty" star Phil Robertson as a video made four years ago surfaced showing the show’s patriarch talking about the merits of marrying teenage girls.

In the video, Robertson says “Look, you wait till they get to be 20 years old - the only picking that’s gonna take place is your pocket. You gotta marry these girls when they’re about 15 or 16.”

This comes on the heels of A&E Network’s decision to drop plans to suspend Robertson for his comments about gays and African-Americans. The network’s handling of the situation has garnered much criticism.

Abby Klaassen, editor of Advertising Age, told the “CBS This Morning” co-hosts that A&E had “no choice” but to bring back the show and Robertson.

“It’s just too important a revenue generator for the network,” she said. “But there are a couple of things we don’t yet know and one is how advertisers are going to react come mid-January when the next season of the show premieres. They could very quietly pull their support and that would change the economics equation.”

Klaassen said that the other unknown element that could impact the show and Robertson’s future with the network is any other comments that he could have made in the past and what “he or potentially any other family members will say in the future.”

She told the co-hosts that she doesn’t think the situation “went down” the way A&E Network would have liked and that the show might actually have gotten a “short-term ratings bump” from the curiosity surrounding the controversy.

However, Klaassen said that even though the show received a small boost in ratings now, they could face problems in the long term because of these comments.

“If you look at some of the comments he made and you look at the majority of the country - it doesn’t feel the same way he does and that tide is shifting,” she said. “I think they do, definitely, risk losing some viewers who think ‘I can’t identify with this family as much as I thought I could in the past.’”

Nancy Dubuc, A&E Network’s chief executive officer, has been on a roll lately with the success of "Duck Dynasty" and other blue-collar reality shows. However, there has been a lot of criticism over their decision to suspend Robertson and then bring him back so quickly. Klaassen said that this controversy has been Dubuc's “biggest challenge at the network to date.”

“Nancy Dubuc is a very seasoned cable programming executive and gets a lot of the credit for helping A&E and its sibling channel History become real cable TV powerhouses,” she said. “But, in this case, I think, she would have preferred if it had gone down a bit differently. I don’t think she’ll lose her job over it.”

According to Forbes Magazine, “Duck Dynasty” is the most popular show on the A&E Network. It has 14 million weekly viewers and the merchandising from the program brings in $400 million. Klaassen said that show broke the season finale of AMC’s “Breaking Bad” in ratings.

“I think somebody like Nancy Dubuc is the right executive to have at the helm right now because she’s a programming veteran,” she said. “They frankly need some more hits, so they’re less reliant on a controversy-prone family.”