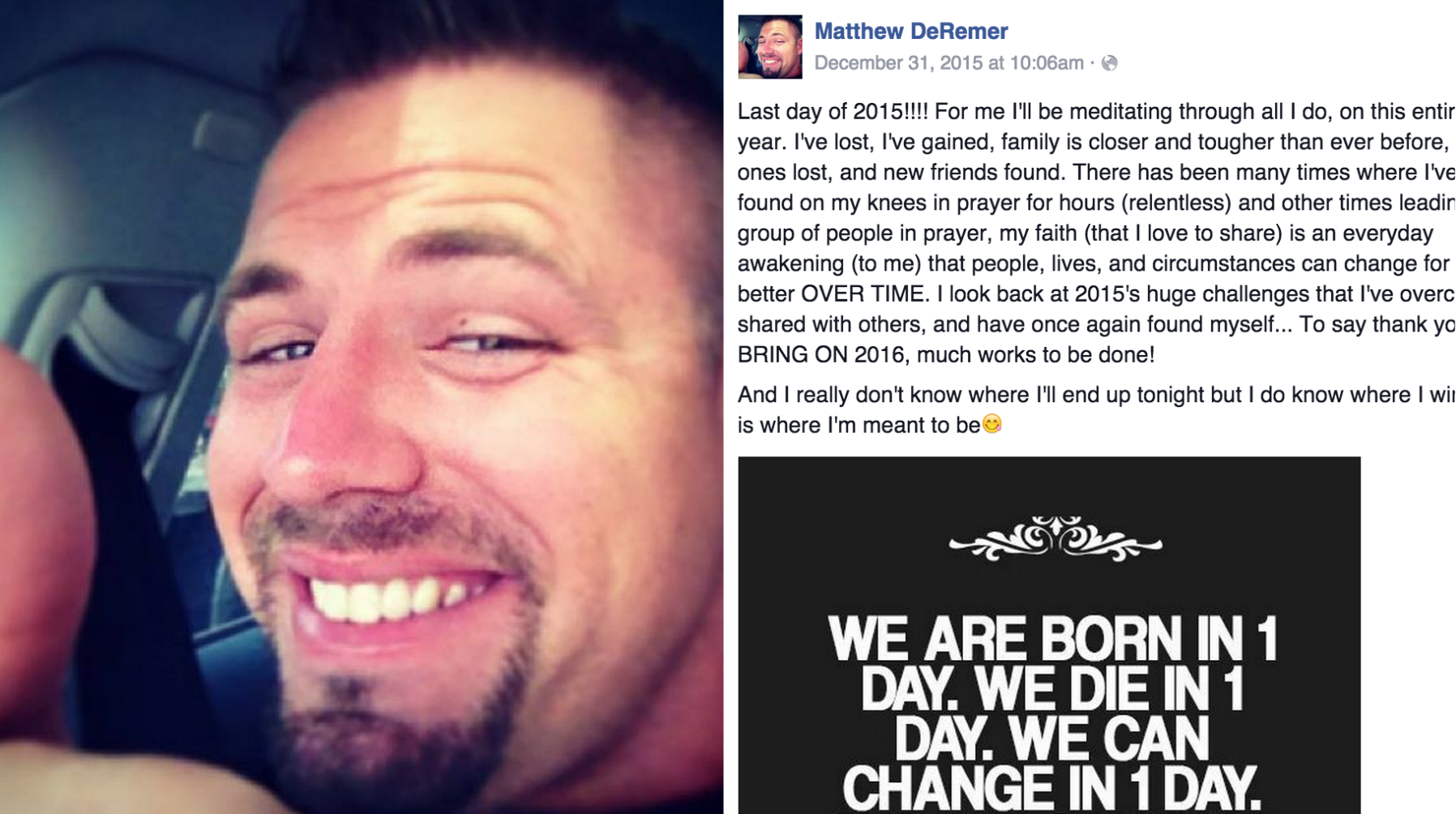 When Matthew DeRemer posted an inspiring Facebook message on New Year's Eve that "anything can happen in just 1 day," he didn't know that day would be his last.

The 31-year-old Iraq war veteran was hit and killed on his motorcycle by an alleged drunk driver hours later in Largo, Florida, reports CBS affiliate WTSP.

He "basically wrote [his] own obituary," one Facebook user commented on DeRemer's Dec. 31 post, which has since gone viral with more than 11,000 shares.

In the post, DeRemer writes about the challenges he faced over the year.

"There has been many times where I've been found on my knees in prayer for hours (relentless) and other times leading a group of people in prayer, my faith (that I love to share) is an everyday awakening (to me) that people, lives, and circumstances can change for the better OVER TIME," he wrote. "I look back at 2015's huge challenges that I've overcome, shared with others, and have once again found myself..."

Despite the countless obstacles he was forced to overcome, DeRemer said he was thankful and to "bring on" 2016.

"I really don't know where I'll end up tonight but I do know where I windup is where I'm meant to be," he finished his paragraph-long message.

While the post seems eerie to some, it's bringing comfort to DeRemer's friends and family -- even strangers.

"His last sentence has me speechless," one Facebook user commented. "What a beautiful soul."

"The words from this post should be a example for all of us to go by," a man replied.

The Seminole, Florida resident "touched a lot of people's lives," his friend Wayne Gutierrez told WTSP at DeRemer's memorial service on Sunday. "Sometimes those are the ones that get chosen first."

Steven Clarke, the 59-year-old driver allegedly responsible for the crash, was arrested and held in Pinellas County Jail on DUI-manslaughter charges.

Clarke's bond was set at $20,000; he was released on bail a day after the arrest, according to court records.