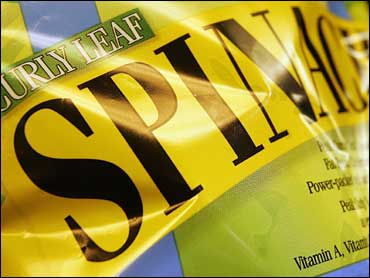 
Washington doesn't get it — and worst of all, they don't think we are paying attention.

Take a look at the front page of USA Today. If the Iraq spending bill looks a little thicker than you thought it ought to, it's because Democrats have added on almost $4 billion in farm aid.

U.S. farmers got more than $20 billion in help in 2005 alone. It's one of the reasons we have so many problems making international trade deals — our farmers are subsidized to the hilt.

Part of the money the Democrats have piled on includes aid to spinach farmers in California. Now let's see: They're the ones who shipped E.coli-laden produce all over the country — and now we're supposed to bail them out.

The real problem is not money for farmers; the real issue is emergency funding for Iraq. By adding a few billion dollars for farmers, the Democrats sully themselves and the process.

And Washington wonders why we're cynical.