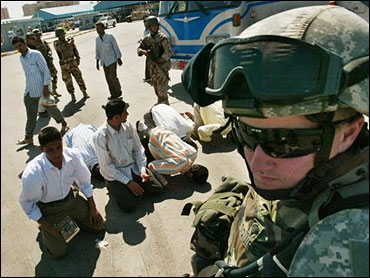 The detainees were the first of 2,000 prisoners whom al-Maliki promised would be freed from Iraq's most notorious prisons in an apparent effort to ease anger among minority Sunnis over allegations of arbitrary detentions and mistreatment of prisoners.

Italy's center-left government was also making good on a pledge: Foreign Minister Massimo D'Alema was in Baghdad Wednesday to discuss plans for a complete pullout of Italian troops from Iraq by the end of the year.