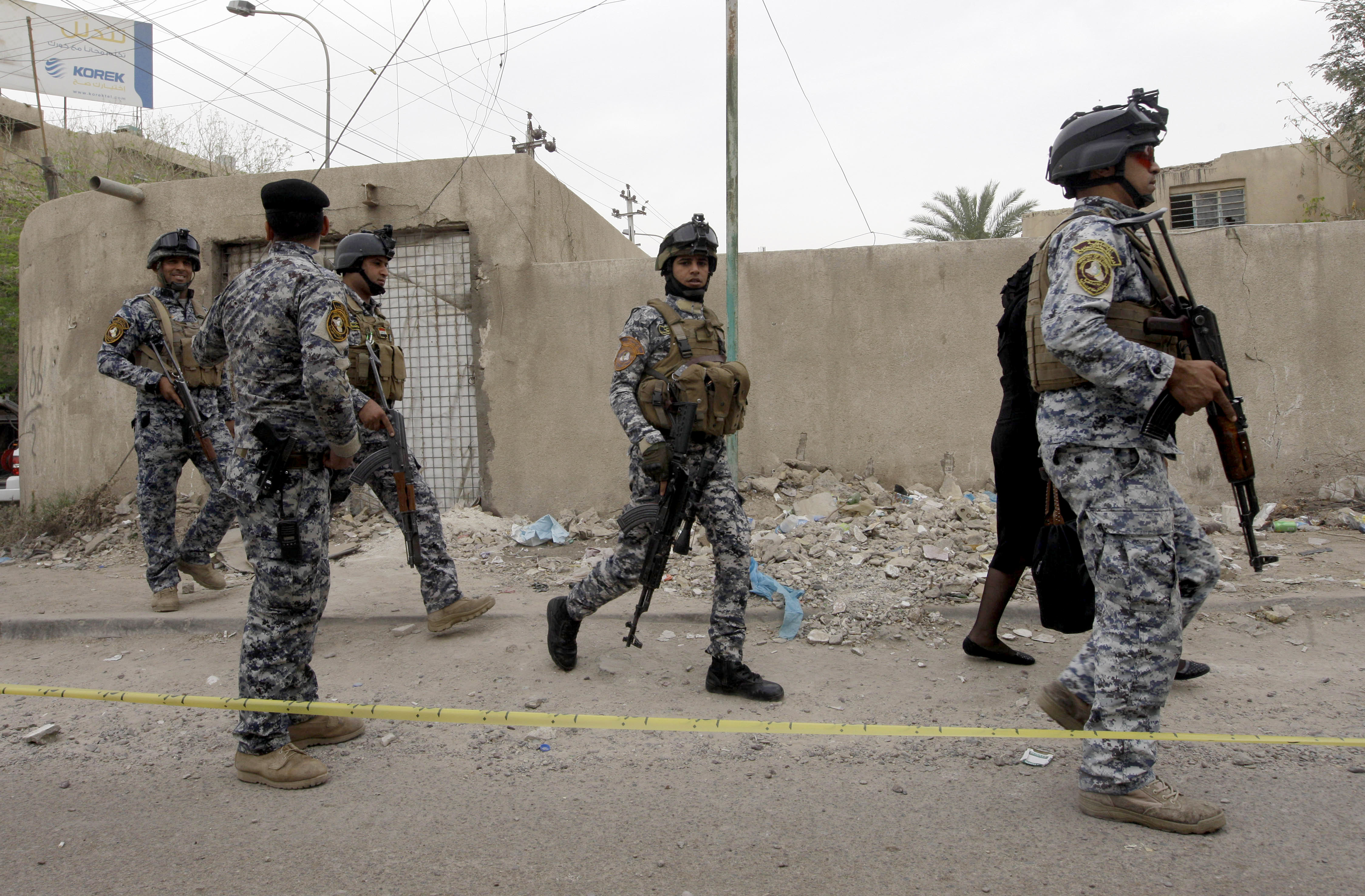 BAGHDAD A series of attacks across Iraq killed 27 people and wounded well over 100 on Monday morning, officials said.

The attacks, many involving car bombs, took place less than a week before Iraqis in much of the country are scheduled to vote in the country's first elections since the 2011 U.S. troop withdrawal. The vote will be a key test of security forces' ability to keep voters safe.

There was no immediate claim of responsibility, but coordinated attacks are a favorite tactic of al Qaeda's Iraq branch.

Iraqi officials believe the insurgent group is growing stronger and increasingly coordinating with allies fighting to topple Syrian President Bashar Assad across the border. They say rising lawlessness on the Syria-Iraq frontier and cross-border cooperation with the Syrian militant group Nusra Front has improved the militants' supply of weapons and foreign fighters.

Nearly all of the deadly attacks reported by police officials were bombings, which struck Baghdad, in the western city of Fallujah, the contested northern city of Kirkuk and towns south of the capital. Another 100 people were wounded.

Windows rattled from the force of a blast in central Baghdad when a bomb struck the central commercial district of Karrada. That blast and others in the capital, including one caused by a parked car bomb that went off in a bus station, killed 10.

In Kirkuk, an oil-rich city about 180 miles from Baghdad, police said nine people were killed when six car bombs went off simultaneously. Three bombs exploded downtown — one in an Arab district, one in a Kurdish one, and one in a Turkomen district. The rest went off elsewhere in the city, which is home to a mix of ethnic groups with competing claims.

In addition to the bombings, drive-by shooters armed with pistols fitted with silencers shot and killed a police officer while he was driving his car in the two of Tarmiyah, 30 miles north of Baghdad.

Hospital officials confirmed the casualty tolls. The officials spoke on condition of anonymity because they weren't authorized to release details to reporters.

Although violence in Iraq has fallen from its peak in 2006 and 2007, bombings and other attacks remain common.

The blasts struck a day after a series of attacks left 10 people dead, including a Sunni candidate running in the upcoming provincial elections. The most serious attack Sunday happened when a booby-trapped body exploded among a group of policemen, who were trying to inspect the body that was left in the street.

Iraqis vote Saturday in what will be the country's first election since U.S. troops withdrew in December 2011. The election, for local-level officials, will be a test of the strength of Prime Minister Nouri al-Maliki's political bloc as well as the ability of security forces to keep the country safe.