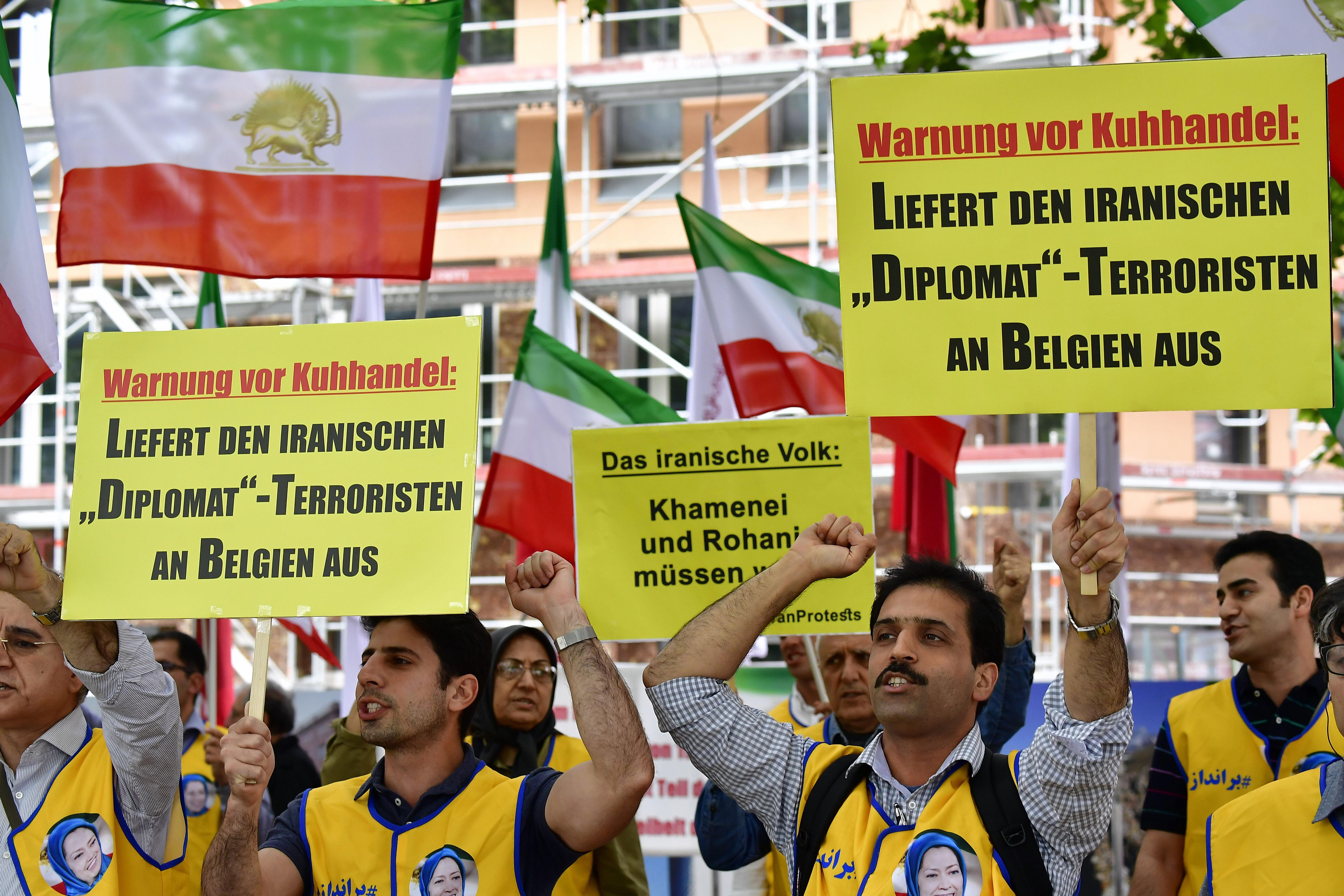 BERLIN -- An Iranian diplomat is suspected of involvement in a bomb plot against an Iranian opposition rally in France. Assadollah Assadi was charged in Germany on Wednesday with activity as a foreign agent and conspiracy to commit murder.

Assadi, a Vienna-based diplomat, is suspected of contracting a couple in Belgium to attack an annual meeting of an exiled Iranian opposition group in Villepinte, near Paris, German federal prosecutors said.

He allegedly gave the Antwerp-based couple a device containing 500 grams of the explosive TATP during a meeting in Luxembourg in late June, prosecutors said in a written statement.

Assadi was detained earlier this month near the German city of Aschaffenburg on a European warrant after the couple with Iranian roots was stopped in Belgium and authorities reported finding powerful explosives in their car.

In their statement, German prosecutors allege that Assadi, who has been registered as a diplomat at the Iranian Embassy in Vienna since 2014, was a member of the Iranian intelligence service "Ministry of Intelligence and Security," whose tasks "primarily include the intensive observation and combatting of opposition groups inside and outside of Iran."

U.S. Secretary of State Mike Pompeo accused Iran of using its embassies to plot extremist attacks in Europe and warned Tehran that its actions have "a real high cost" after it threatened to disrupt Mideast oil supplies.

"Just this past week there were Iranians arrested in Europe who were preparing to conduct a terror plot in Paris, France. We have seen this malign behavior in Europe," Pompeo said Tuesday in an interview with Sky News Arabia during a short trip to the United Arab Emirates.

Iranian Foreign Minister Javad Zarif has called the allegations of a foiled extremist plot a ploy.

Belgian authorities also accuse Assadi of being part of the alleged plot reportedly aimed at setting off explosives at a huge annual rally of the Mujahedeen-e-Khalq group, or MEK, in neighboring France, and want him extradited.

Meanwhile, an Iranian who resides in Belgium and was detained in France agreed on Wednesday to be turned over to Belgian authorities, who had issued a European arrest warrant, a French judicial official told the Associated Press.

The suspect, identified as Mehrdad Arefani, 54, will be handed over within 10 days, and go before an investigating magistrate there, according to the official, who wasn't authorized to speak publicly in an ongoing case and asked not to be identified.

The MEK is an exiled Iranian opposition group based near Paris with some members, in particular, in Albania. The formerly armed group was removed from European Union and U.S. terrorism lists several years ago after denouncing violence and getting western politicians to lobby on its behalf.