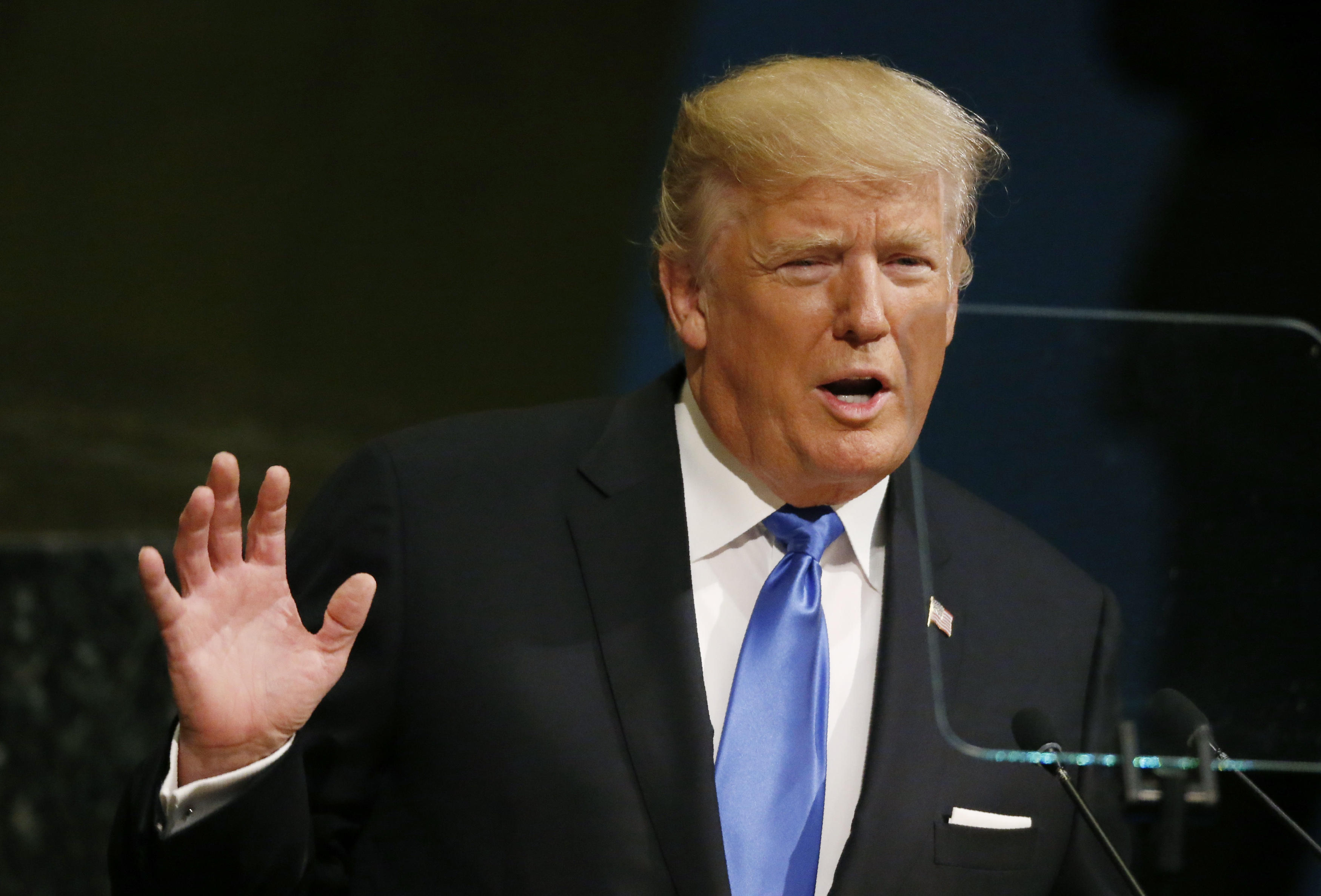 President Trump told reporters Wednesday at the United Nations General Assembly in New York that he has "decided" on what he will do about the Iran nuclear deal, although he isn't saying yet what that decision is.

Mr. Trump has severely criticized the Iran deal, an agreement reached in 2015 between Iran and world powers including the U.S. to limit its nuclear capability in exchange for the lifting of some sanctions. On the campaign trail, Mr. Trump promised to "fix" and renegotiate or renounce the deal. But in July, his administration reluctantly certified to Congress that Iran was still in compliance with the deal, as the White House is required to do every six months.

On Tuesday, in his speech before scores of world leaders at the U.N.G.A., Mr. Trump had severe words for Iran and the nuclear agreement, calling it, "one of the worst and most one-sided transactions the U.S. has ever entered" and an "embarrassment to the U.S."

But Mr. Trump went a step further, chastising the international community present, when he argued the deal could provide a "cover for the potential construction of a nuclear program" in that region. The U.S., the president said, cannot stand idly by if Iran continues to destabilize the region.

"We cannot let a murderer's regime continue these destabilizing activities while building dangerous missiles, and we cannot abide by an agreement if it provides cover for the eventual construction of a nuclear program," Mr. Trump said.

Other world leaders have said the deal cannot be renegotiated. Mr. Trump on Tuesday did not offer a timeline for when he might announce his decision.

Iranian President Hassan Rouhani, who addressed the UN Wednesday, called the president's comments "absurd and hateful rhetoric," a sentiment he also tweeted about.

Later in the day on Wednesday, Rouhani said he is waiting on an apology from Mr. Trump. Asked if he is willing to sit down and talk with the Trump administration about the deal, he said that would be a "waste of time."

On the topic of Middle East peace, Mr. Trump, alongside Abbas, also said now is "maybe the best shot ever" at achieving peace.

"It's a great honor to have President Abbas from the Palestinian Authority with us, and his representatives, who are working very hard with everybody involved for peace," Mr. Trump said. "We're looking seriously at peace and maybe ultimately peace in the whole of the Middle East. I think we have a pretty good shot, maybe the best shot ever. Complex subject, always been considered the toughest deal of all, peace between Israel and the Palestinians, the toughest deal of all. I think we have a very, very good chance."