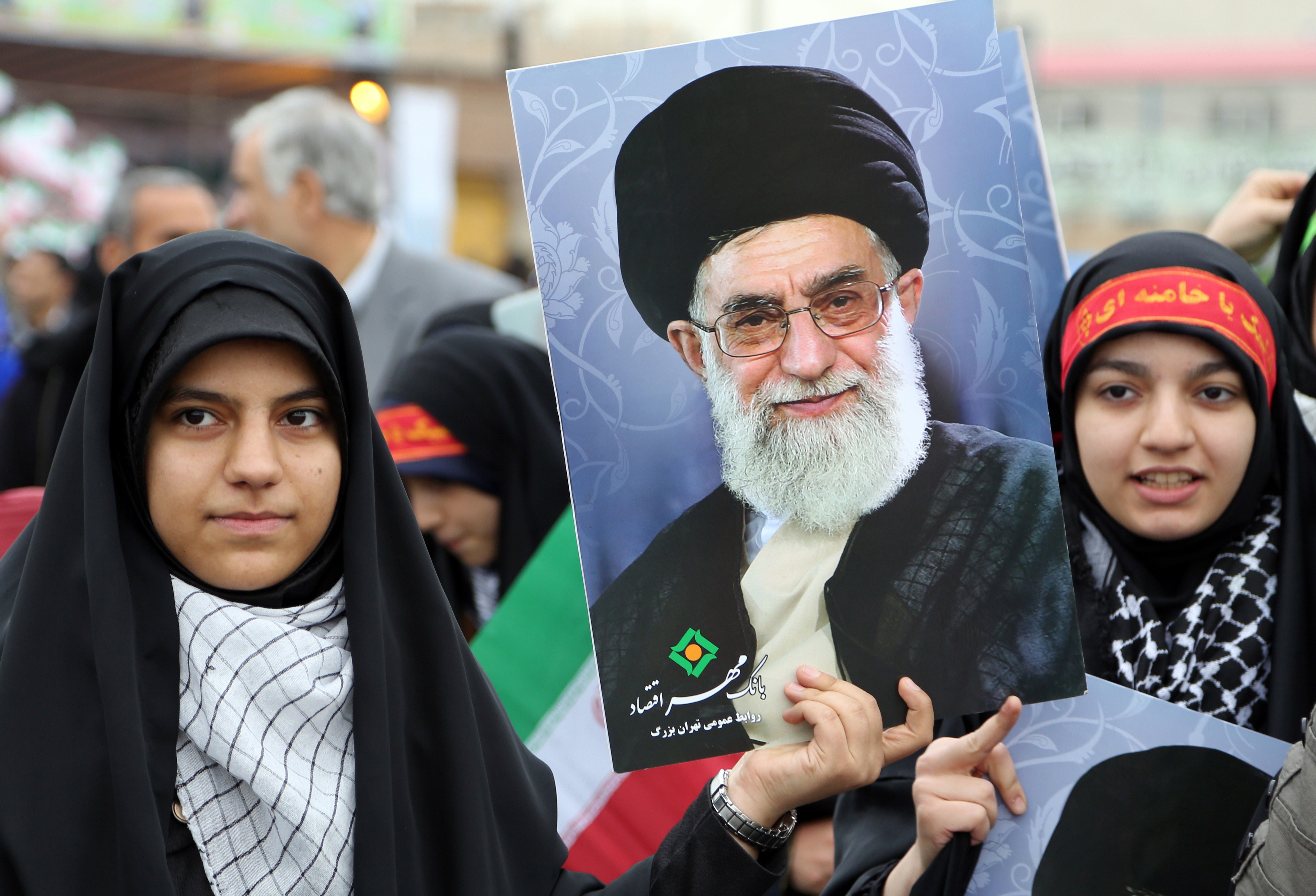 TEHRAN, Iran -- Iran is marking the 36th anniversary of its 1979 Islamic Revolution as the country continues negotiations with world powers over its contested nuclear program.

State television aired footage of commemorations in Tehran and elsewhere across the country Wednesday. Some participants chanted "Down with the U.S." and "Death to Israel."

In recent years, Iran has used the anniversary of the Islamic Revolution to demonstrate against the West over its sanctions for the country's disputed nuclear program. Diplomats are negotiating a final deal over the program now.

President Obama said Monday that the time has come for Iran to make a decision on whether to accept a nuclear deal.

Iran and a group of six world powers hope to reach the broad outlines of a deal on Tehran's disputed nuclear program by March. The deadline has been extended, but Mr. Obama said he didn't see a further extension being useful.

The president spoke at a White House news conference with visiting German Chancellor Angela Merkel. Germany is also a party to the negotiations, along with Russia, China, Britain and France.

Obama said the extended negotiations have been time "well spent." He also told reporters technical issues had been resolved and the only question remaining was whether Iran has the political will and desire to reach a deal.