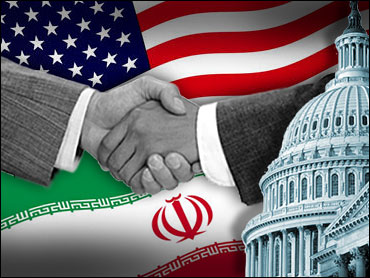 Iran rounded up hundreds of Arabs to help the United States counter al Qaeda after the Sept. 11 attack after they crossed the border from Afghanistan, a former Bush administration official said Tuesday. Many were expelled, Hillary Mann Leverett said, and the Iranians made copies of almost 300 of their passports.

The copies were sent to Kofi Annan, then the secretary-general of the United Nations, who passed them to the United States, and U.S. interrogators were given a chance by Iran to question some of the detainees, Leverett said in an Associated Press interview.

Leverett, a Middle East expert who was a career U.S. Foreign Service officer, said she negotiated with Iran for the Bush administration in the 2001-3 period, and Iran sought a broader relationship with the United States. "They thought they had been helpful on al Qaeda, and they were," she said.

For one thing, she said, Iran denied sanctuary to suspected al Qaeda operatives.

Some administration officials took the view, however, that Iran had not acknowledged all likely al Qaeda members nor provided access to them, Leverett said.

Many of the expelled Arabs were deported to Saudi Arabia and other Arab and Muslim countries, even though Iran had poor relations with the Saudi monarchy and some other countries in the region, Leverett said. Iranians are Persian, not Arab, and most belong to the Shiite sect of Islam rather than the Sunni, the majority sect in most Arab countries.

James F. Dobbins, the Bush administration's chief negotiator on Afghanistan in late 2001, said Iran was "comprehensively helpful" in the aftermath of the 9-11 attack in 2001 in working to overthrow the Taliban militias' rule and collaborating with the United States to install the Karzai government in Kabul.

Iranian diplomats made clear at the time they were looking for broader cooperation with the United States, but the Bush administration was not interested, the author of "After the Taliban: Nation-Building in Afghanistan," said in a separate interview.

The Bush administration has acknowledged contacts with Iran over the years even while denouncing Iran as part of an "axis of evil" and declining to consider resumption of diplomatic relations.

"It isn't something that is talked about," Leverett said in describing Iran's role during a forum at the New America Foundation, a nonpartisan policy institute.

Leverett and her husband, Flynt Leverett, a former career CIA analyst and a former National Security Council official, jointly proposed that the U.S. president who replaces George W. Bush in January seek a "grand bargain" with Iran to settle all major outstanding differences.

"The next president needs to reorient U.S. policy toward Iran as fundamentally as President Nixon did with China in the 1970s," Flynt Leverett said. Richard Nixon, a political conservative, opened the U.S.-China relationship by among other things visiting the communist country.

Among provisions of the Leveretts' recommended new Iran policy: The United States would clarify that it is not seeking change in the nature of Iran's Islamic government but rather its policies, while Iran would agree to "certain limits" on its nuclear program.

Iran considers most of its neighbors as its enemies. Among incentives for improving U.S. relations, the Leveretts said, is they feel that Pakistan and Saudi Arabia would be less provocative with a friendlier U.S.-Iranian relationship.