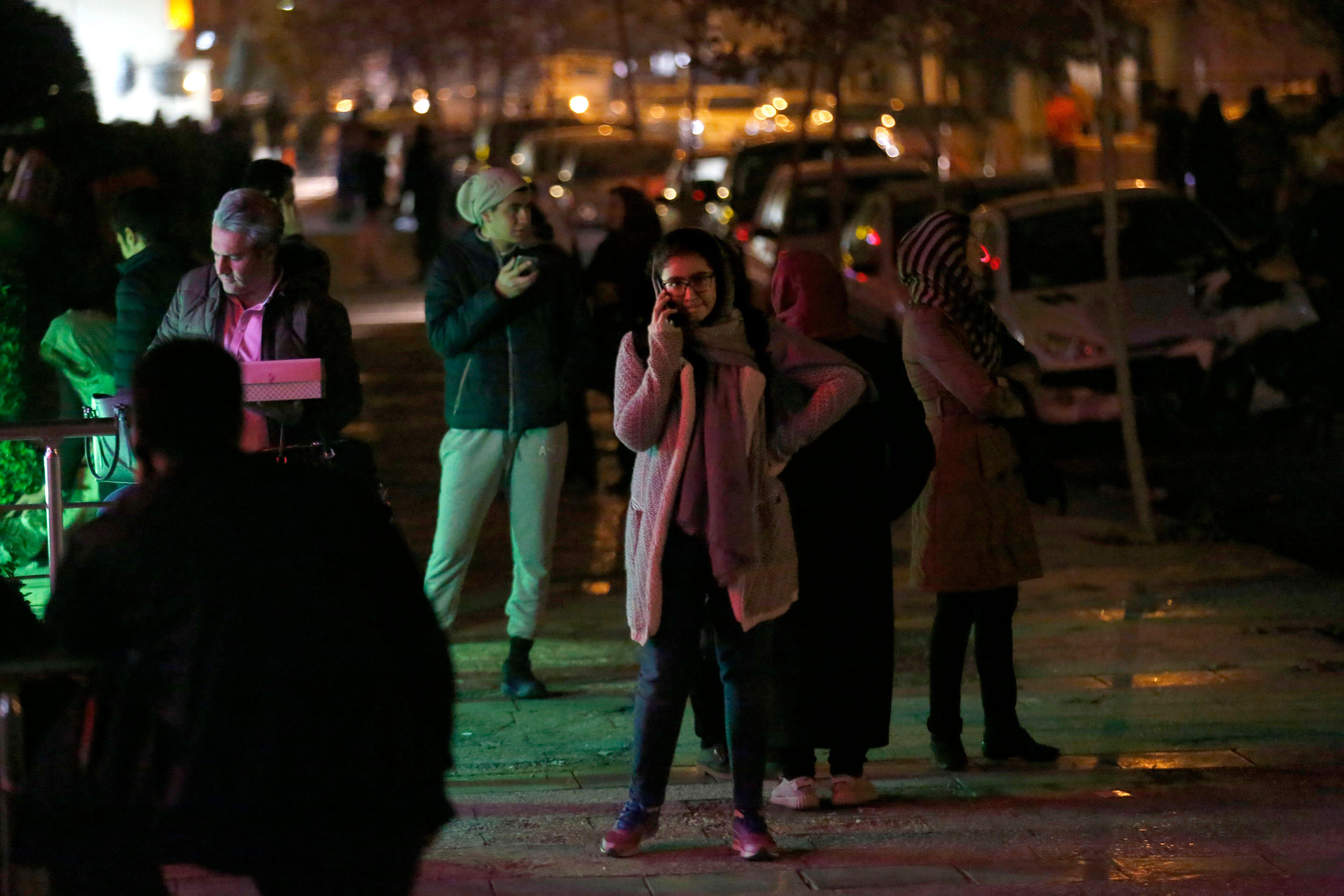 TEHRAN, Iran -- A series of eight earthquakes hit the Iran-Iraq border area and rattled even Baghdad and parts of the Iraqi countryside on Thursday, apparently aftershocks of a temblor in November that killed over 530 people. There were no immediate reports of injuries or damage.

The U.S. Geological Survey said seven of the quakes struck near the Iraqi city of Mandali and an eighth struck near Mehran in western Iran. All struck within an hour of each other, beginning at 0659 GMT.

Seven had a preliminary magnitude of at least 5, while the eighth earthquake was a magnitude 4. Earthquakes of magnitude 5 and up to 5.9 are classified as moderate.

Iranian authorities offered similar figures for the earthquakes on state television. All the information could change as scientists examine the data.

Iranian state television said online that people rushed into the streets as the temblors hit. In Baghdad, people felt a quake shake the Iraqi capital, followed by what felt like aftershocks.

All the earthquakes struck at a depth of 6 miles, according to the USGS. Earthquakes at magnitude 5 can cause considerable damage. The temblors also all were very shallow, which causes more ground shaking and potential damage, particularly in places without strict building codes.

In November, a major 7.2 magnitude earthquake struck the same region, killing over 530 people and injuring thousands in Iran alone. In Iraq, nine people were killed and 550 were injured, all in the country's northern Kurdish region, according to the United Nations.

Randy Baldwin, a geophysicist with the USGS' National Earthquake Information Center in Golden, Colorado, said the earthquakes all appeared to be aftershocks from the November temblor.

The area is located in the sparsely populated and remote Zagros Mountains that divide Iraq and Iran and is home to many shallow faults, he said.

"It's ongoing activity there," Baldwin told The Associated Press. "If there was a stressed fault that's ready to move, they happen like that until the stresses are relieved, so it's not too unusual."

Iran sits on major fault lines and is prone to near-daily earthquakes. In 2003, a 6.6 magnitude quake flattened the historic city of Bam, killing 26,000 people.

Earlier on Thursday, the USGS said a magnitude 4.9 quake hit Iran's southern province of Kerman before dawn. The official IRNA news agency said the temblor rocked the village of Hojedk, about 400 miles south of Tehran and struck at the depth of 6.2 miles. No injuries or damage were reported.

Kerman has also recently seen several quakes, ranging in magnitude from 4 to 6.2.