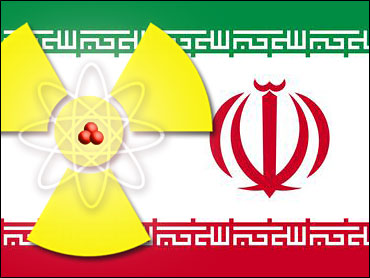 Iran is once again building centrifuges that can be used to make nuclear weaponry, breaking the U.N. nuclear watchdog agency's seals on the equipment in a show of defiance against international efforts to monitor its program, diplomats said Tuesday.

Iran has not restarted enriching uranium with the centrifuges -- a step that would raise further alarm. But the resumption of centrifuge construction is likely to push European nations, which have been seeking a negotiated resolution, closer to the United States' more confrontational stance.

The United States accuses Tehran of seeking to develop nuclear weapons and wants the U.N. Security Council to take up the issue. Iran denies the charge and says the centrifuges are part of a nuclear program aimed only at producing energy.

Under international pressure last year, the Islamic republic agreed to stop enriching uranium and stop making centrifuges, in a deal reached with Britain, France and Germany.

But the moratorium ended several weeks ago, when Tehran -- angry over international perusal of its nuclear program -- broke seals placed on enrichment equipment by the International Atomic Energy Agency, the diplomats told The Associated Press on condition of anonymity.

Iranian officials then resumed assembling and installing centrifuges, which can enrich uranium fuel for generating power or developing warheads, the diplomats said.

The diplomats -- all familiar with Iran's nuclear dossier -- cautioned against equating Tehran's move with the removal of IAEA seals on nuclear equipment by North Korea two years ago as it expelled agency inspectors and declared itself no longer bound by the Nuclear Nonproliferation Treaty.

Unlike in North Korea, the seals on Iran's equipment "were not a legal requirement," one diplomat said. Tehran notified the IAEA of its decision to break the seals, the diplomat said.

Iran continues to respect its pledge not to resume nuclear enrichment, said the diplomat.

For the past year, the IAEA has been carrying out stringent inspections of Iranian facilities, raising evidence that strengthened suspicions about Tehran's nuclear ambitions. In June, the IAEA's Board of Governors rebuked Tehran in a sharply phrased resolution indicating it felt too many unanswered questions remained.

Iranian officials are tentatively scheduled to meet in the next few days with British, French and German officials in Paris or another European capital to try and salvage their deal. But Tehran's decision to resume work on its centrifuges makes any agreement unlikely.

The Iranians are "driving the European Three into the U.S. camp," said one Western diplomat.

Iran already announced last month that it had planned to restart the program in response to the IAEA rebuke -- a decision that led Washington to sound out allies on calling a special session of the IAEA Board of Governors, said another diplomat. The Security Council can only get involved if the board asks it to take up Iran's case.

The Americans dropped the idea because of lack of backing but hope the resumption of Iran's nuclear activities will give them the support they need at the next regular board session, starting Sept. 13, he said.

Iran has not publicly announced that it has resumed building centrifuges. But President Mohammad Khatami told reporters in Tehran earlier this month that "there is no impediment to doing this work."

Sources at Iran's state-run television recently told the AP that the country's top nuclear negotiator, Hasan Rowhani, said Iran restarted building centrifuges June 29 but that the broadcaster was told not to transmit his comments -- apparently out of concern over international reaction.

Most of the IAEA's concerns about Iran's nuclear program focus on traces of highly enriched uranium found at several sites and the extent and nature of work on the advanced P-2 centrifuge.

Iran has grudgingly acknowledged working with the P-2, but said its activities were purely experimental. It says the minute amounts of enriched uranium were from equipment bought on the nuclear black market.