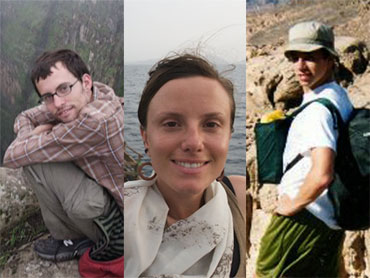 A senior Iranian prosecutor said three Americans detained on the border with Iraq have been accused of espionage.

The three Americans were arrested July 31 after straying over the Iranian border from northern Iraq. The U.S. government and their families say there were on a hiking vacation and crossed accidentally.

Tehran chief prosecutor Abbas Jafari Dowlatabadi said the three "have been accused of espionage" and that investigations were continuing, according to the state news agency IRNA. He said an "opinion (on their case) will be given in the not distant future."

It is not clear from his comments whether formal charges had been made, but such announcements are often a sign that charges are imminent if not already filed. In Iran's opaque judicial system, the process of indictment and trial often takes place behind closed doors.

Speaking at a news conference in Berlin, where she is marking the 20-year anniversary of the fall of the Berlin Wall, Clinton said, "We believe strongly that there is no evidence to support any charge whatsoever.

"And we would renew our request on behalf of these three young people and their families that the Iranian government exercise compassion and release them, so they can return home."

Clinton, who met last week with the detained hikers' families at the State Department, said the U.S. would continue to make that case through the Swiss channels who represent U.S. interests in Tehran.

The timing of the announcement from Tehran raised the possibility that Iran was using the case to pressure the United States amid the negotiations over its nuclear program.

Iran is also holding another American, academic Kian Tajbakhsh, who was arrested amid Iran's postelection turmoil and was sentenced last month to 12 years in prison for an alleged role in opposition protests.

In January, Iranian-American journalist Roxana Saberi was arrested in Tehran, was convicted of espionage, then released on appeal in May. Two months later, U.S. forces in Iraq freed five Iranians who they had been holding for months.