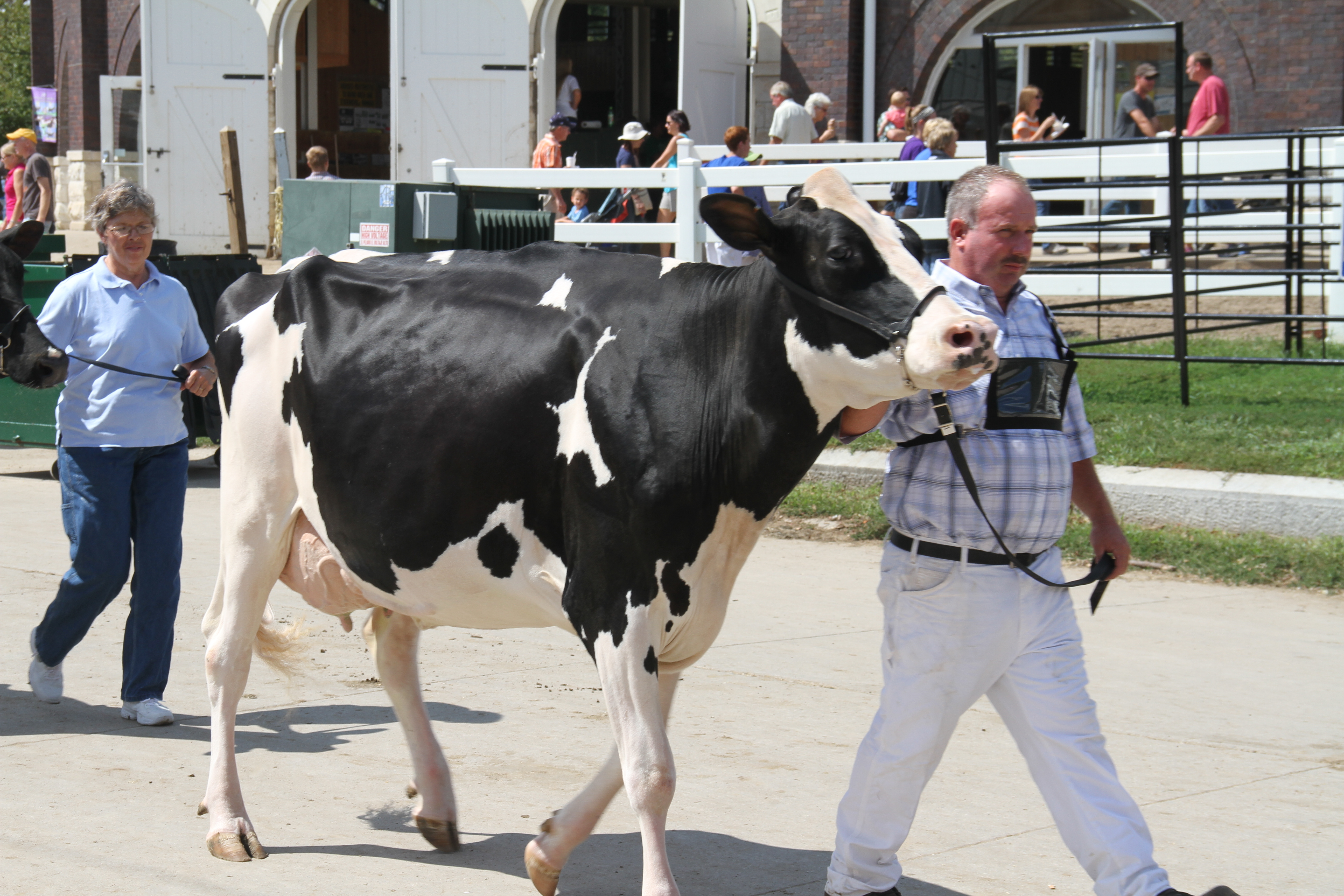 (CBS News) DES MOINES, Iowa - Nearly four years ago, this flat, cornfield-covered, mostly-white Midwestern state was the launching pad for the triumphant presidential campaign of a Hawaii-born, African-American former law professor with a Harvard education and a Chicago political base.

In November, Republicans hope, it will help bring the improbable story of President Barack Obama - which began with a victory in the 2008 Iowa caucuses that set the course for a stunning upset of Hillary Clinton for the Democratic nomination - to a disappointing end.

"Four years ago, Iowans were excited about President Obama," said Sean McCoy, Romney for President's Iowa communications director. "And now they feel let down. Obama didn't create the millions of new jobs or turn the economy around or cut the deficit in half like he promised. And now we're seeing more and more that the thrill is gone and the hope is lost."

Though Iowa was narrowly decided in the 2000 and 2004 presidential elections, Mr. Obama won the state by nearly ten points in 2008. Democrats acknowledge that that's not likely to happen again, and the polls bear that out: They suggest that the Hawkeye State, which offers six electoral votes, is evenly split between the president and his Republican challenger Mitt Romney.

"It was a historic campaign, you're never going to replace that," said Sue Dvorsky, chair of the Iowa Democratic Party. "This time it's not thrilling. But I would suggest the stakes are much higher."

A potential dropoff in enthusiasm has Char Gustafson, who works at a Des Moines hospice organization, worried. Sitting on a bench at the massive Iowa State Fair - which Republican vice presidential nominee Paul Ryan visits today - the liberal Democrat says she doesn't know if neighbors who came out for Mr. Obama four years ago will do so this time around.

"It's been a tough four years. Everybody's been busy working. And they're concerned about their jobs," she said. "And I think that people are just a little leery of everything."

Mr. Obama is clearly concerned: He begins a three-day bus tour through Iowa today, kicking things off in Council Bluffs. The president's speech, his campaign says, will contrast his vision to help the middle class with a Republican agenda that puts the rich first.

That's a message that resonates with dairy farmer Martin Costello, who stood inside one of the fair's cavernous livestock buildings filling a water bucket for one of his cows.

"I'm a small, independent business owner, and I'm not wealthy, and I think Mitt Romney is going to support the wealthy," he said.

Costello is a Democrat, but he votes for Iowa Republican Sen. Chuck Grassley and says he wishes the government hadn't had to bail out the auto industries and big banks. He's the sort of voter that Tom Harkin, Iowa's other senator, says defines the Iowa electorate.

"By and large Iowans are pretty progressive people, but they have a conservative streak too," Harkin said after flipping chops and shaking hands at the Iowa pork tent. Like Grassley, he seems in person more like a retired farmer than a powerful longtime senator. "And they want a nice balance."

Harkin argues that Mr. Obama is going to win Iowa once again because he has offered that balance during his first term. But he is not predicting the sort of victory the president saw in 2008, when Mr. Obama offered a vision of hope and change unsullied by the compromises that come with incumbency.

Part of the reason, Harkin suggested, is that Romney - with his career in finance, his East Coast political base, and his perfect hair - simply isn't relatable to the average Iowan. When he came to the fair last summer, Romney looked less than natural when photographed in a short-sleeve shirt biting into a pork chop on a stick. (He steered clear of some of the fair's more infamous concoctions, like butter on a stick and deep-fried Oreo cookies.) Harkin expressed incredulity that on a recent visit to the drought-stricken state, Romney decided to visit a farm owned by a millionaire who owns a total of 54 farms.

"It's not really representative of the average Iowa farmer," he said. "Again just sort of - Governor Romney just kind of being out of touch."

Even if that perception takes hold, it may not hurt Romney as much as Harkin hopes. Asked if he could relate to the presumptive GOP nominee, Chris Vandehaar of Altoona offered a definitive no. But that didn't mean Romney didn't have his vote.

"He's not going to come to my house and have a beer," he said. "He's going to run the nation."

Political scientist Tim Hagle of the University of Iowa says most Republicans in the state can live with Romney.

"He may not be their first choice, but it's not that they don't like him," he said. "Maybe he seemed a little out of touch or tone deaf at times but their greater concern is that they just don't feel comfortable with another four years of the policies of the Obama administration."

Polls suggest that as much as a third of Romney's support comes from people who are simply voting against the president - and they don't much care whether Romney seems like one of them. Among them is a farmer who would give only her first name, Edna, and who said she believed the president "should be run out of the country," citing the federal health care law.

"He's so arrogant," she added, a look of revulsion on her face.

That perception on the right helps explain why Romney has somewhat kept social conservatives - a significant chunk of the state's Republican base, and one that has proven markedly skeptical of Romney in the past two Iowa caucuses - at arm's length since effectively winning the nomination. Among them is Bob Vander Plaats, whose group The Family Leader hosted Mike Huckabee, Rick Santorum and Rick Perry at a forum here Saturday.

Vander Plaats was asked why Romney should bother playing to social conservatives, since they are already motivated by a strong desire to see Mr. Obama voted out of the White House. Doesn't it make sense for him to focus instead on moderates and independents?

"Ask President Dole and President McCain how that strategy worked out," he responded.

"Chick-fil-A should have been in the free enterprise, free speech wheelhouse," he said.

Iowa also has a strong fiscal conservative streak: Iowans have the lowest credit card debt in the nation, and polls suggest they are particularly likely to see Romney as the better choice for handling the deficit. That's why Romney delivered his highest-profile speech on that topic - the May speech in which he invoked a "prairie fire of debt" - in Des Moines.

Romney's decision to select Paul Ryan, the fiscal hawk who authored the House GOP budget plan, as his running mate gives that message a boost. Romney senior advisor Kevin Madden said Sunday that Ryan will focus on Iowa, in part because the Wisconsin native has a life story that "helps him connect with a lot of those voters there." Ryan's Catholicism could also resonate with Iowa's sizable Catholic population, which is clustered in the northeastern part of the state.

Rick Perry, the Texas governor and Romney surrogate who came to the state fair Saturday, argued that Ryan's fiscal policies appeal to conservatives of all stripes.

"When you start discussing with great knowledge and commitment and fervor the economics to allow Americans to keep more of what they work for, they're able to spend time with their families more - all of those end up being social issues in and of themselves," he said.

The unemployment rate in Iowa is just 5.1 percent - about three points below the national average - which works against Romney's argument that Mr. Obama has failed as a steward of the economy. It's worth noting, however, that number is still high for Iowa.

"We've always been a couple points below the national average, and we're higher than we're used to," said Hagle of the University of Iowa.

Iowa Democrats say they have a three-pronged approach to souring voters on Romney. The first component is to push the national message that Romney is of and for the rich. The second involves spotlighting what Dvorsky, of the Iowa Democratic Party, calls the "extreme right wing agenda that was really shocking to people" from a group of Republicans elected to the Iowa statehouse in 2010, when the GOP took over the chamber.

"A reasonable, balanced approach to problem solving is a very Iowa thing," she said. "We can make a strong case that we are the more pragmatic alternative to the right-wing pull of Republicans."

Dvorsky argues that Democrats have a big advantage in the "ground game" - engaging voters and getting them out to the polls - in part because the Iowa Republican party has been taken over by supporters of Ron Paul. The vast majority of delegates to the Republican National Convention will be Paul supporters, and the state party's relationship to the Republican National Committee and Romney campaign is cordial but uneasy.

"Out-organizing them does not even begin to cover what is happening here," she said. "They're still having a discussion between Paul vs. Santorum vs. Romney." Republicans strongly dispute this characterization, but the anecdotal evidence, at least, doesn't help their case: Romney's headquarters during the caucuses, a former Blockbuster Video store in Des Moines, is now the Obama campaign headquarters here.

The third component of the Democratic strategy involves wind power. Democrats have spotlighted Romney's opposition to a tax credit that subsidizes the state's growing wind industry, which has created 7,000 jobs in the state. Many Iowa Republicans, including Grassley and Republican Gov. Terry Branstad, support the subsidies; Branstad suggested in response to Romney's stance that Romney's Romney's staff is a "bunch of East Coast people that need to get out here in the real world to find out what's really going on."

For Romney, the argument against Mr. Obama is straightforward: He didn't live up to all that he promised you when you lifted him up four years ago, and the time has come to move on. He doesn't necessarily need everyone who backed Mr. Obama to switch sides; if enough former Obama voters simply sit the election out, it could be enough to put Romney over the top.

Voter registration in Iowa is almost evenly split between Democrats, Republicans and independents. If strong supporters on both sides turn out in relatively equal numbers, the election will come down to where the moderates and late-deciders end up - people like Kirk Green of Des Moines, who says he's going to decide his vote at the last minute. Green says he has reservations about Romney "being all about the rich," but he has also grown frustrated with a Washington culture that Mr. Obama has failed to change.

"I'm not happy with the ones that are running for office or the ones that are in office," he said as fairgoers flooded past. "All the politicking and waiting to the last minute to get the budget issues resolved - it's just a bunch of BS."