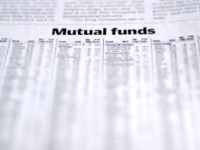 (MoneyWatch) A recently updated study suggests that the Wall Street marketing machine hasn't worked so well in the past 10 years. Investors have been pouring money into the lowest-cost mutual funds and ETFs, while taking cash away from higher-cost funds. The study, by Vanguard, examined fund cash flows over the past ten years. In the following summary, the funds I'm referring to include both mutual funds and ETFs.

First, looking at stock funds, over the past 10 years ending in December 2011, the lowest-cost quartile funds garnered $360 billion in assets, while the more expensive 75 percent of funds saw $294 billion pulled out by investors. From the chart, you can see that even the lowest quartile funds have had some declines since the 2008 market crash.

Don Bennyhoff, Vanguard senior investment analyst, pointed out that nearly 89 percent of the $473 billion in cash flows the lowest-cost funds received were in index funds. By my calculations, index funds received about $420 billion of new money while active funds saw $350 billion pulled out.

It appears that investors are beginning to appreciate how much costs matter in building wealth. My own hunch is that with information being more readily available, it is becoming harder for Wall Street to create illusions of outperformance. Anyone with an Internet connection can go to Morningstar and see the performance of nearly any fund relative to their peers.

Bennyhoff has an additional explanation. He strongly believes that advisors are embracing indexing and ETFs as superior to more expensive actively managed funds.

Whatever the reason, this bad news for Wall Street is very good news for the investor.