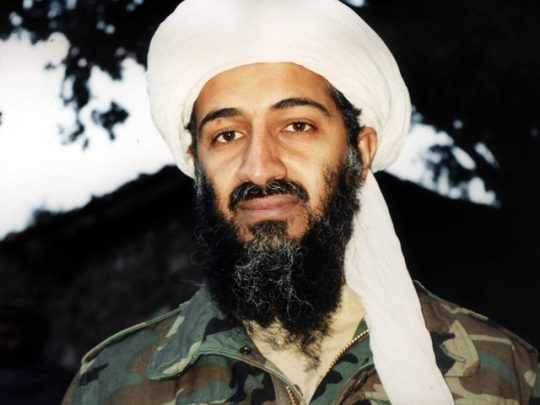 As the years went by with no capture of Osama bin Laden, a popular image developed of an ailing, out-of-touch ascetic living a harsh, spartan existence in the mountainous Afghan-Pakistan border region.

The comedienne Joan Rivers had this gag: The way to find Osama bin Laden in Afghanistan was to locate the only extension cord in the country and follow it to his dialysis machine.

But data from intelligence gathered in last Sunday's raid on bin Laden's Abbbottabad compound paints a picture of bin Laden as more active and engaged in al Qaeda's terrorist activities than the ascetic cave-dweller image would indicate.

The more than two terabytes of digital material seized in the U.S. raid indicate that bin Laden's compound was an active command and control facility for al Qaeda.

According to U.S. intelligence officials, bin Laden himself was actively engaged - strategically and tactically - in developing and executing plans to attack targets.

He used a small circle of operatives and tradecraft to avoid detection for years, living in a suburb just 35 miles from the Pakistan capital, but confined to his lair, surrounded by 14-foot high walls and security gates.

But his luck ran out when the U.S. intercepted a phone call by his trusted courier, Abu Ahmed al-Kuwaiti, and the CIA was able to track the courier back to the Abbottabad compound.

Saturday's release of the bin Laden videos is just a small bit of the treasure trove obtained by Navy SEALs during the raid. The selection of videos doesn't offer a picture of a fearless leader - they are a far cry from the canned images used for years of the elusive terrorist leader scrambling down rocky hills with a shepherd's staff and AK-47 in his hands.

In one video, Bin Laden is seen looking old, draped in a blanket watching himself on TV. In others he is making taped messages to his followers and the U.S. He appears to be concerned about his image, his grey beard inked with black to look younger.

"The administration is trying to start a narrative offensive against al Qaeda," according to Juan Zarate, a CBS News security consultant and former deputy security advisor to President George W. Bush. The videos serve to "deconstruct the mythology" of bin Laden, Zarate said.

"This has al Qaeda on its heels. No new leader has been announced, signaling dissension within al Qaeda," Zarate said.