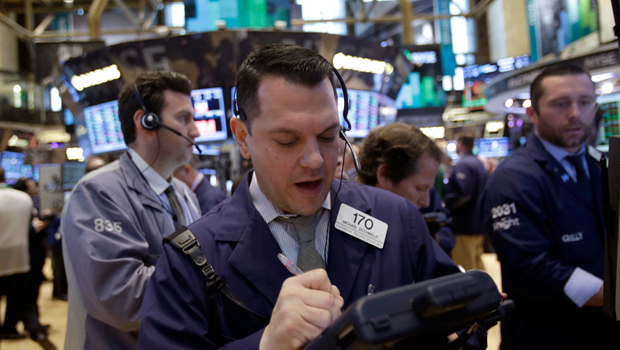 NEW YORK Health insurance stocks wobbled Tuesday after data released by the federal government pointed to possible steep Medicare Advantage payment cuts in 2014, which could lead to reduced coverage or fewer options for people who buy the plans.

The Centers for Medicare and Medicaid Services said Friday after markets closed that it expects costs per person for Medicare Advantage plans to fall more than 2 percent in 2014, a bigger drop than many analysts who cover the industry anticipated.

The government uses this figure as a benchmark to determine payments for these privately run versions of the government's Medicare program that covers the elderly and disabled people.

Medicare Advantage plans could see payment reductions topping 5 percent, considering they also face cuts from the health care overhaul and from the steep federal budget cuts known as sequestration that are slated to start next month.

But analysts also noted that CMS will likely soften any payment cuts between now and April, when final rates are announced.

How to think about risk in financial planning

Insurers offer hundreds of different Medicare Advantage plans around the country, and they flood TV airwaves each fall with commercials during the annual open enrollment period for the popular plans.

More than 13 million people were enrolled in Medicare Advantage plans last year, or about 27 percent of the Medicare population, according to the Kaiser Family Foundation.