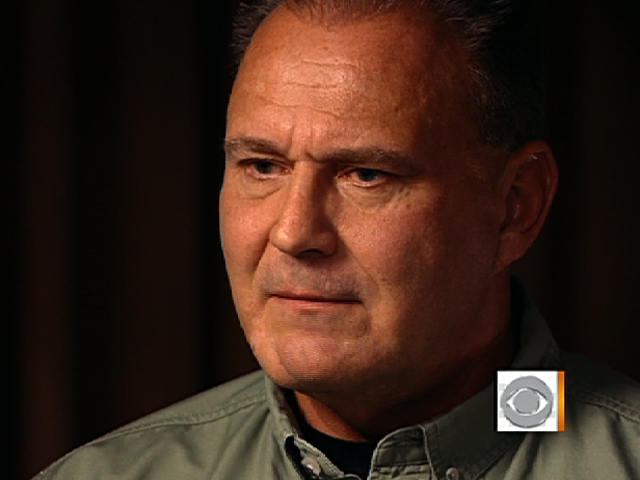 The ATF,  the agency that's supposed to stop gun smuggling, turned a blind eye for years, as hundreds of guns  "walked" across the Mexican border, CBS News has learned.

In a report on "The Early Show," CBS News investigative correspondent Sharyl Attkisson said a confidential informant has come forward "with a fascinating story of how U.S. agents began letting guns 'walk' across the Mexican border - more than four years ago."

Detty recalled, "But then he asked if I had more, and I told him that later in the month I would have another 20 from my supplier. And he said, 'I'll take 'em all.'"

Detty said he suspected the buyer was trafficking for a drug cartel. Tucson is just an hour from the Mexican border and a popular shopping center for smugglers.

Detty notified ATF - the Bureau of Alcohol, Tobacco and Firearms. To his surprise, ATF told him to go ahead with the big sale and sent an undercover agent to watch. Then, a local ATF manager made an unusual and dangerous proposition: He asked Detty to be a confidential informant.

Detty told CBS News, "He said, 'Mike, I think we've got a real chance at taking out a powerful cartel. Can you help us?' I made that commitment. And I really thought I was doing something good."

Detty said  he even signed an informant contract. As he understood it, he'd sell to suspected traffickers. Agents would track the weapons, expose the cartel's inner workings, and then interdict the guns before they could ever get loose on the street - or so Detty thought.

Detty said  his business, "Mad Dawg," catered to this dangerous clientele in his living-room showroom. ATF agents watched and listened outside.

In an audio recording from a sale, Detty can be heard saying, "if your guys need more guns - " A suspect replies, "I do." Detty says, "You let me know."

"I want to buy all of them that are like that. All of them I can get," the suspect says. Detty responds, "OK, I have a lot of them like that."

"I want to buy them all," the suspect responds.

Detty said ATF would have a small audio recording device. Sometimes it was hidden in a box of Kleenex," he said. One of the biggest cases was code-named: "Operation Wide Receiver."

Attkisson asked Detty, "Do you know about how many guns we're talking about?"

Detty came  forward  after things didn't work out as Detty had thought they would. Detty says he realized ATF was letting guns "walk"  and  instead of helping to  take down cartels,  he'd helped ATF arm them.

Attkisson asked, "When you look back and think in hindsight knowing what we know now - that all those guns were going on the street - what do you think about?"

As for its predecessor, "Wide Receiver,": prosecutors finally, quietly, rounded up seven suspects last fall. No cartel leaders, just buyers who - critics say - should never have been allowed to put even one weapon on the street, let alone operate for years.

Detty said,  "My first day as an informant, if they had said, 'Here's our plan, Mike: We're going to let as many guns go across the border as they can haul, and we're just gonna look and see where they pop up,' I'd have said, 'No way. That's not a plan. That's idiocy.' "

Attkisson said  efforts to reach former Attorney General Alberto Gonzalez,  who was in office  when "Wide Receiver" started under the Bush administration, were unsuccessful.  Meanwhile, his successor  is under fire. Republicans are calling for a special prosecutor to investigate whether Attorney General Eric Holder told the truth when he testified earlier this year to Congress about when he first knew about 'Fast and Furious.'"

According to Atkisson, "gunwalking" may not be limited to border towns.

She said, "We have found allegations of gunwalking in at least 10 cities in five states, so this apparently was not isolated to Arizona."

For more on this story, go to CBS News Investigates.