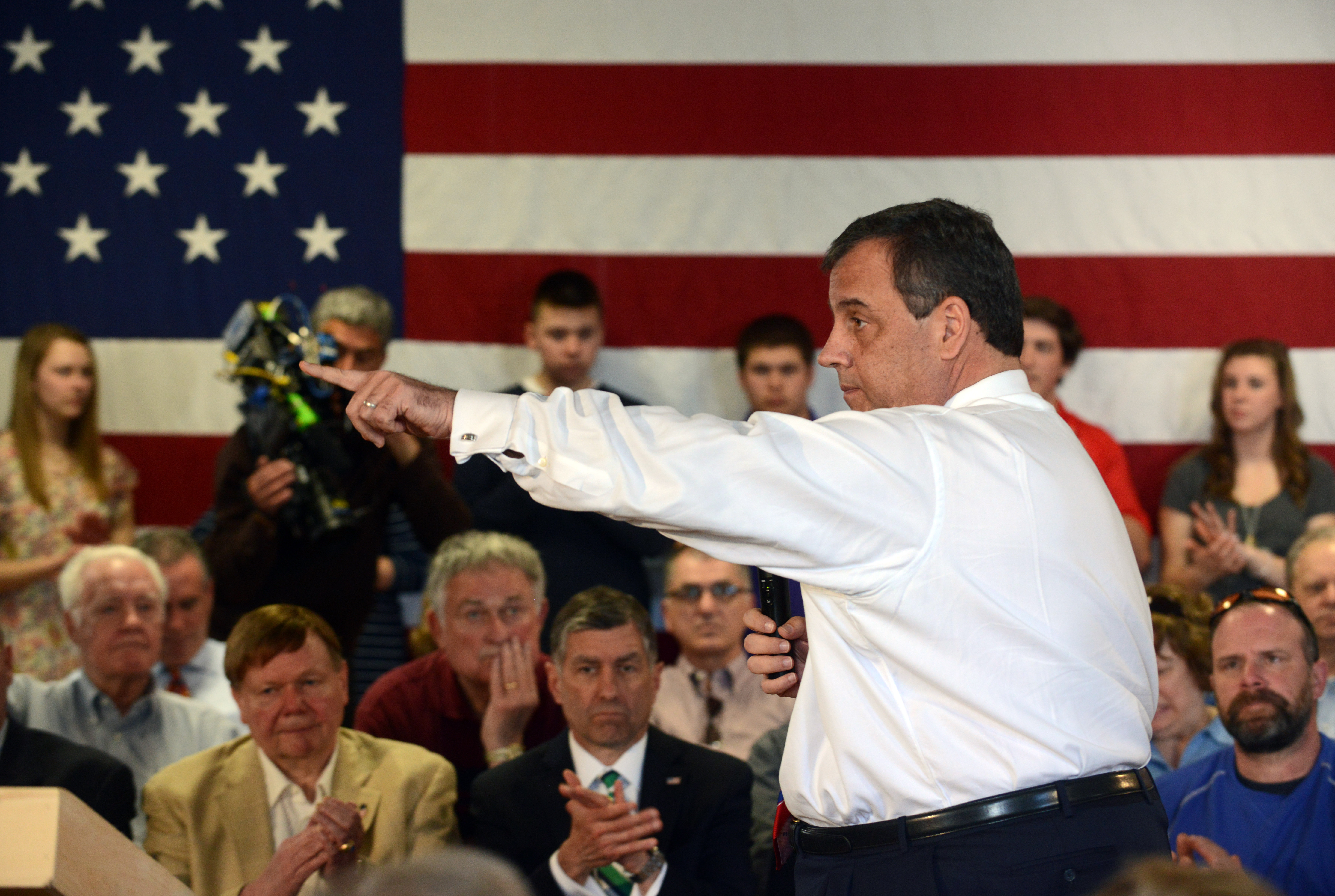 "Our choice is Gov. Chris Christie," Joseph McQuaid, the paper's publisher, wrote in an editorial late Saturday. "As a U.S. attorney and then a big-state governor, he is the one candidate who has the range and type of experience the nation desperately needs."

The Union Leader endorsement focused on Christie's national security record -- particularly his work as a U.S. attorney in New Jersey prosecuting terrorists after September 11, 2001 -- which the governor has said best equips him to deal with threats like the gunmen that attacked Paris earlier this month.

"Gov. Christie is right for these dangerous times," the editorial read. "He has prosecuted terrorists and dealt admirably with major disasters. But the one reason he may be best-suited to lead during these times is because he tells it like it is and isn't shy about it."

McQuaid's endorsement also took a shot at some of the political outsiders leading the Republican field, telling New Hampshirites that "we don't need as President some well-meaning person from the private sector who has no public experience."

The leading New Hampshire publication also warned against choosing any of Christie's 2016 rivals in the Senate: "We don't need another fast-talking, well-meaning freshman U.S. senator trying to run the government," McQuaid wrote. "We are still seeing the disastrous effects of the last such choice."

New Hampshire has featured prominently in the governor's campaign strategy. Christie has spent more time in the state than any other GOP candidate, holding dozens of town halls and focusing on issues -- like substance abuse -- that are top priorities for Granite State residents.

The endorsement from the influential newspaper also comes on the heels of another powerful vote on Christie's behalf: earlier this weekend, New Hampshire GOP activist and businesswoman Renee Plummer, who was courted by both Jeb Bush and Ohio Gov. John Kasich, chose the tough-talking New Jerseyan to back. On Saturday, she told CBS News that statewide, the prevailing sentiment about the governor was that "he's going to take care of us, protect us."