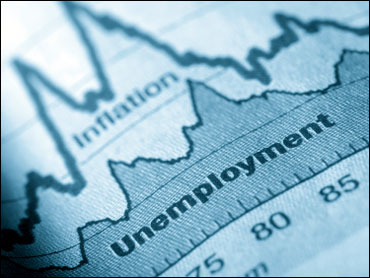 Over the past 12 months, consumer prices are actually down 1.3 percent, reflecting a severe recession which has kept a lid on price pressures across a wide range of products and services.

The absence of price pressures has been good news for cash-strapped households, but it will mean that the more than 57 million Americans receiving Social Security and other government benefits will , the first time there has been no cost-of-living increase in more than three decades.

However, President Barack Obama on Wednesday urged Congress to provide a one-time payment of $250 to help senior citizens get cope with the absence of a boost in their benefit checks next year. Such a payment would cost the government about $13 billion.

The 0.2 percent September rise in the Labor Department's Consumer Price Index followed a bigger 0.4 percent jump in August. Prices had been flat in July.

Energy prices were up 0.6 percent in September after a much bigger 4.6 percent jump in August. Last month, gasoline prices on a seasonally adjusted basis rose by 1 percent. But over the past year, gasoline prices are down 21.6 percent, reflecting the retreat that has occurred since last year's surge in energy costs which had pushed gasoline above $4 per gallon at one point.

The 0.2 percent rise in prices excluding food and energy left core inflation rising a modest 1.5 percent over the past 12 months, well within the Federal Reserve's comfort zone for inflation.

The absence of inflation pressures has given Fed policymakers the room to leave interest rates at record low of zero to 0.25 percent since last December in an effort to give the economy a boost as it struggles to emerge from the deepest and longest recession since the 1930s.

While food prices were down in September, new car prices rose by 0.4 percent, a rebound from a big 1.3 percent drop in August that had reflected the government's incentives of up to $4,500 per vehicle in its popular Cash for Clunkers program which encouraged people to trade in old models for new fuel-efficient cars.

Airline tickets jumped 3.4 percent, reflecting the fare increases struggling airlines are putting into effect to boost their bottom lines. Clothing prices edged up 0.1 percent in September and are up just 1.1 percent for the whole year, reflecting the hard times facing U.S. retailers.