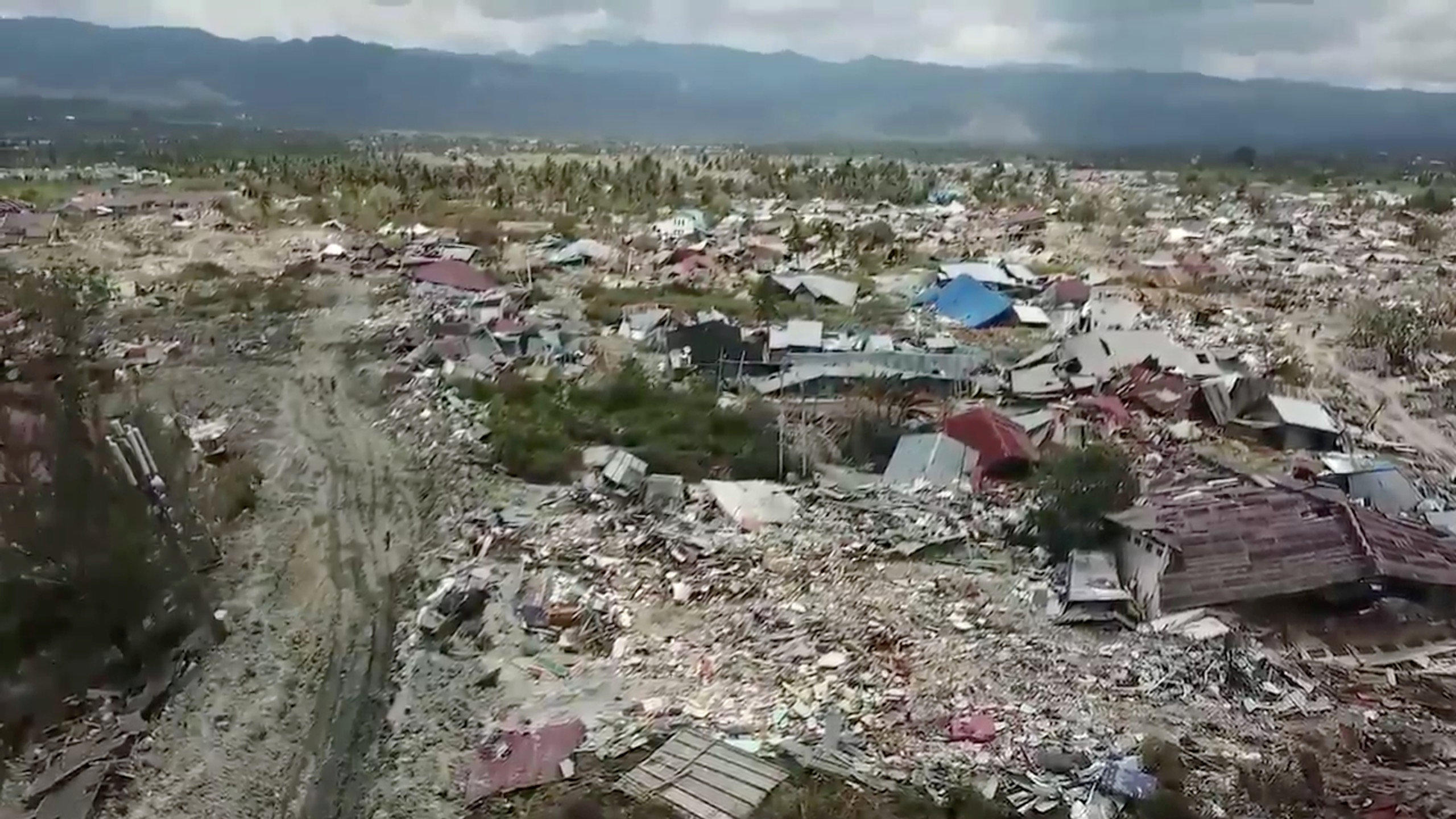 PALU, Indonesia -- Indonesia's disaster agency said Wednesday that it only needs tents, water treatment units, generators and transport from other countries as it tries to take complete control of the response to the Sulawesi earthquake and tsunami that killed more than 2,000 people. The agency's spokesman, Sutopo Purwo Nugroho, said the death toll from the double disaster on Sept. 28 has risen to 2,045, with most of the fatalities in the coastal city of Palu. More than 80,000 people are living in temporary shelters or otherwise displaced, he said.

Possibly 5,000 people are buried in obliterated parts of the city and its surroundings where the force of the quake liquefied the soil and sucked houses into the earth. Miles of coastline were trashed by the tsunami and Nugroho said its waves were up to 36 feet high. A tsunami warning after the quake had predicted waves of 1.5 to 10 feet.

Nugroho reiterated at a news conference in Jakarta, Indonesia's capital, that the official search for bodies will end Thursday with mass prayers in hard-hit neighborhoods but volunteers and family members can continue searching.

Memorials will be constructed in hard-hit neighborhoods such as Balaroa and Petobo, he said.

"People are traumatized. They don't want to go back" to those places, Nugroho said. "They asked to be relocated to another place and a house made for them."

The disaster agency has circulated guidelines that say foreign aid workers can be in the field only with Indonesian partners. Groups that sent foreign personnel to the disaster zone are "advised to retrieve their personnel immediately," according to those guidelines.

International aid groups with Indonesian sister organizations say foreign personnel they want to send are being vetted by the government in a process that takes several days or longer.

In a belated response to the influx of international journalists, Nugroho said foreign reporters need to apply for a journalist visa to report on the disaster. It's likely the majority have already left.