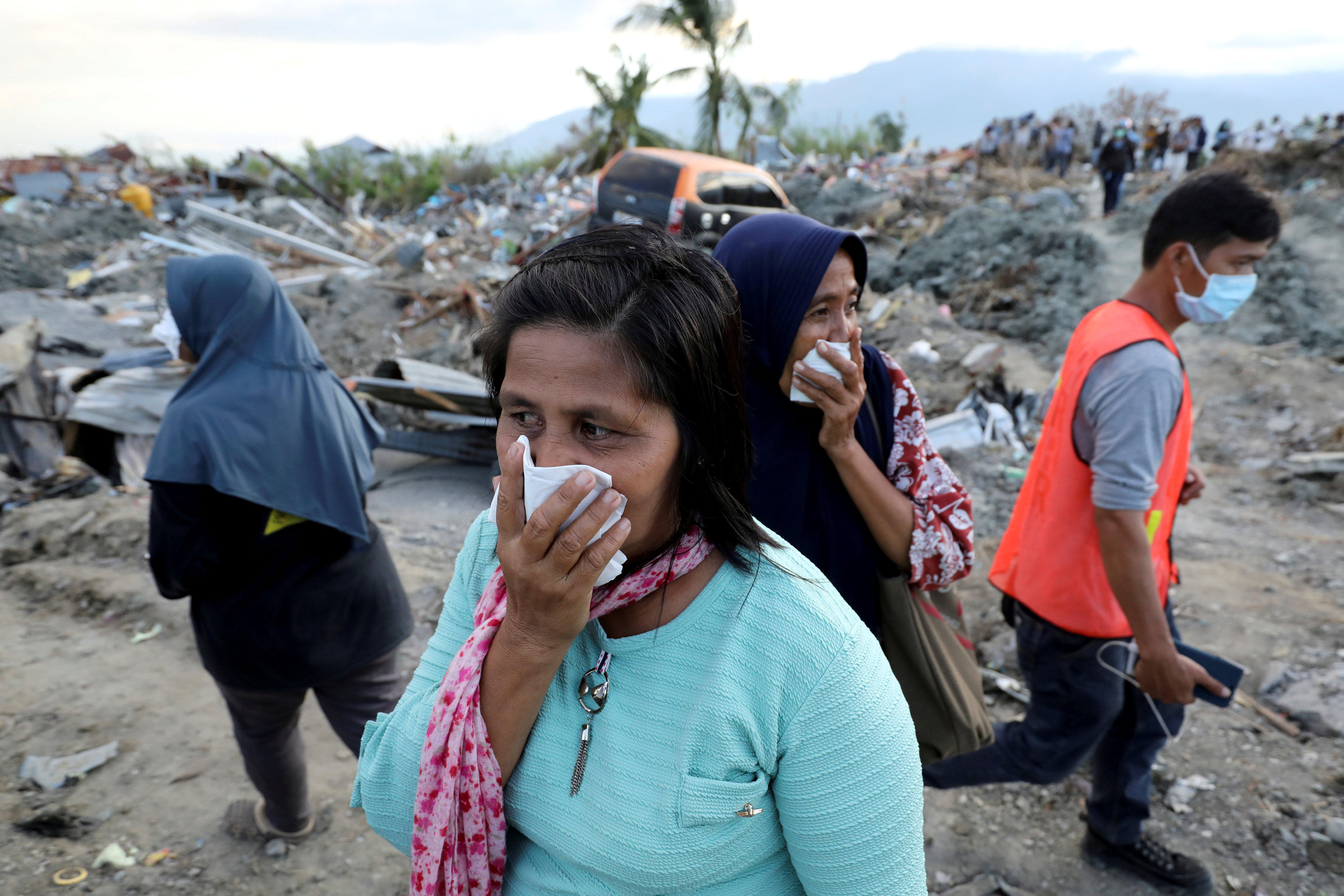 PALU, Indonesia -- The death toll from the devastating earthquake and tsunami on Indonesia's Sulawesi island neared 2,000 on Monday, but thousands more are believed unaccounted for. Officials said search teams planned to stop looking for victims later this week.

The official toll hit 1,948, mostly in the hard-hit city of Palu, said Jamaluddin, an official from the disaster task force who uses one name. He corrected the number during a news conference in Jakarta after initially saying it was 1,944. He said a navy ship had docked in the area and opened a field hospital.

Willem Rampangilei, head of the National Board for Disaster Management, said there could be as many as 5,000 victims still buried in deep mud in Balaroa and Petobo, two of Palu's hardest-hit neighborhoods. But he added that number must be verified by his teams because it is an unofficial figure which came from village heads in the area. The Sept. 28 quake caused loose, wet soil to liquefy there. It is too soft to use heavy equipment for recovery, and decomposition of bodies is already advanced.

"It is impossible to rebuild in areas with high liquefaction risk such as Petobo and Balaroa," he said, adding villages there will be relocated.

Talks were underway with religious authorities and surviving family members to decide whether some areas could be turned into mass graves for victims entombed there with monuments built to remember them.

Officials reiterated that the search is expected to end on Thursday. However, the deadline could be extended if needed.

Rampangilei said life is starting to return to normal in some areas affected by the disaster. Immediate food and water needs have been met, and the local government has started to function again. Many schools have been completely destroyed, but he said classes will resume where possible. However, many students are still too scared to return.

Flossie, world's oldest cat, is about to turn 27 years old
Thanks for reading CBS NEWS.
Create your free account or log in
for more features.
View CBS News In
CBS News App Open
Chrome Safari Continue
Be the first to know
Get browser notifications for breaking news, live events, and exclusive reporting.