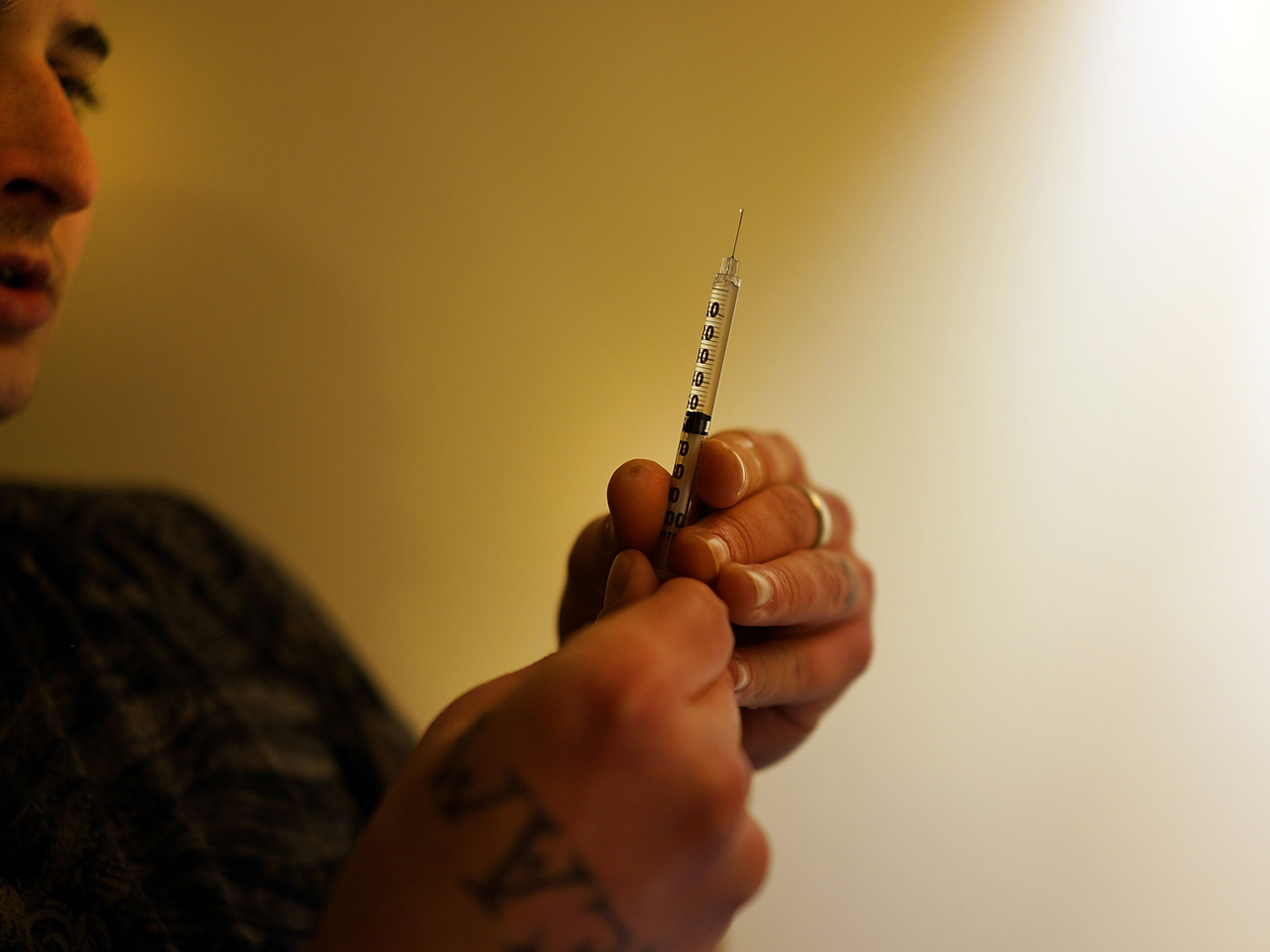 Indianapolis police will soon join city medics in carrying a drug designed to help stop heroin overdoses in their tracks.

Medics in the city of about 840,000 people are called to an overdose on average twice a day, public safety records show.

Medics used the drug, which is called naloxone or Narcan, 628 times last year on overdose victims. Police will start carrying the drug in a pilot program beginning next month.

Drug Enforcement Administration special agent Dennis Wichern said Narcan has been used for years in cities on the East and West coasts.

"It definitely seems to be a new trend to save lives," Wichern told The Associated Press on Wednesday.

A heroin overdose can slow or stop breathing altogether, sometimes causing death within one to three hours of when the user takes a hit. Naloxone can block that effect by preventing opioid receptors from binding to the brain. It can be delivered via an injection or through a spray formula.

Naloxone also sends the person into withdrawal, an experience which may discourage them from abusing heroin again, experts say.

"It's not a pleasant feeling," Kathie Kane-Willis, the director of the Illinois Consortium on Drug Policy at Roosevelt University in Chicago, told The Indianapolis Star. "For people who are reversed from an overdose, it can be a life-changing moment."

Dr. Adi Jaffe, the co-founder of Alternatives in Beverly Hills, Calif., who teaches classes on addiction at UCLA and Cal State Long Beach, pointed out to CBS News that getting someone off drugs could take some time, but the danger is still a constant threat even if they are trying to quit.

“If you know someone who is using heroin, this is absolutely something you need to have in your home,” Jaffe said.

Actor Philip Seymour Hoffman's recent death highlighted the problem that recovering heroin addicts face. Tolerance levels can drop among people who haven't used in a while, and if they start using heroin again, they may try to use at the same levels at the height of their addiction. This could make them more susceptible to overdoses. Heroin and other opioid addictions are among the hardest to break, which makes falling off the wagon a very likely scenario.

Indianapolis emergency crews, police and the Indiana University School of Medicine are leading the pilot program.

"Generally, EMS is on scene first but there's a significant percentage of time which we are finding that police are on scene first," Dr. Charles Miramonti, director of the Indianapolis Emergency Medical Service, told WISH-TV. "And so this is a real opportunity to have a profound impact."

California recently passed a law that would allow anyone to ask for naloxone from their doctor.

White House drug czar R. Gil Kerlikowske, who is the director of the Office of National Drug Control Policy, said Tuesday that the drug should be widely available to emergency-care providers and other first responders.

"The expansion of naloxone across a variety of treatment mechanisms is really very helpful," Kerlikowske said, according to the Los Angeles Times.