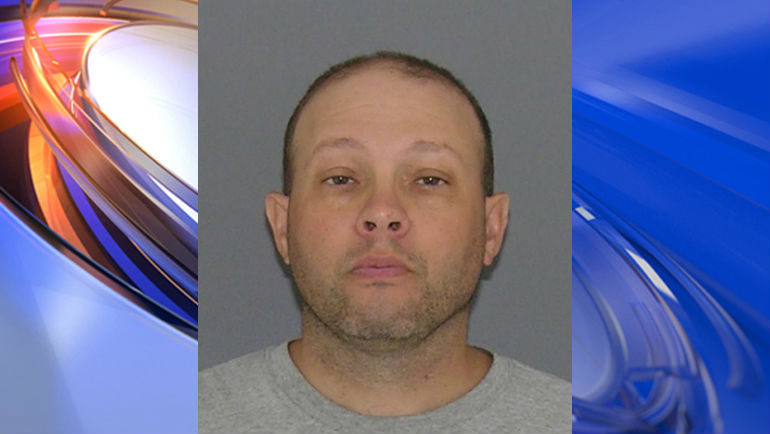 INDIANAPOLIS -- An Indianapolis police officer faces an attempted murder charge after authorities say he shot a detective investigating a domestic violence incident involving the officer and his estranged wife and then fled to Ohio.

A Marion County judge approved an arrest warrant Saturday charging Adrian Aurs in Friday night's shooting. The 42-year-old officer has been suspended without pay, pending termination from the department.

Detectives traveled to Cincinnati to begin the process of bringing Aurs back to Indianapolis to face charges, CBS Indianapolis affiliate WTTV reports.

The detective, who returned fire but did not strike Aurs, was hospitalized in good condition with elbow and back injuries.

Adams said it's unclear what happened during the domestic incident.

"We were just starting the investigation when he was shot, so we don't have all of the facts," Adams said.

Aurs, a 17-year veteran of the Indianapolis Metropolitan Police Department, was off-duty at the time of the shooting and fled to Ohio in his personal vehicle. Cincinnati police arrested him following an hour-long standoff and he was being held Saturday at the Hamilton County Jail in Cincinnati.

It was unclear if Aurs has an attorney who could speak on his behalf.

Rick Snyder, president of the Indianapolis Fraternal Order of Police, said in a statement that "our collective membership is deeply troubled" by the detective's shooting, allegedly by a fellow officer.

"The actions of the criminal suspect in this matter do not represent the values and ethos of the women and men of our organization or our policing profession," Snyder said in his statement.

Adams said Aurs would likely be returned to Indianapolis in a few days, following an expected extradition hearing.

In December 2003, Aurs was wounded but avoided serious injury thanks to his bulletproof vest when he was shot at close range by a man.

In that incident, Aurs fatally shot 23-year-old Justin Coates of Indianapolis when the two exchanged gunfire. Coates, who was suspected of stealing a truck, had been wanted on several warrants.