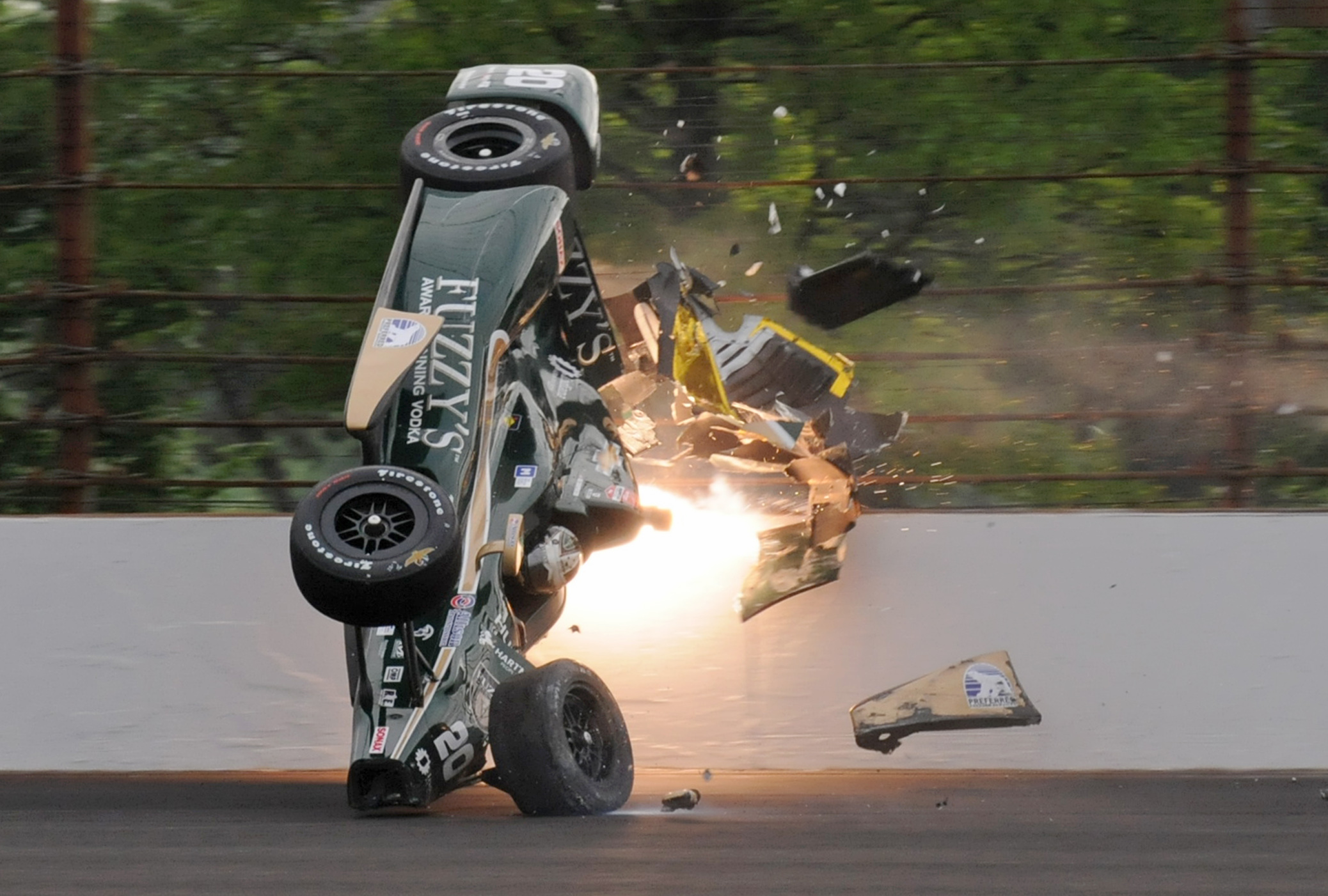 If it's Memorial Day weekend, then it must be time for the Indianapolis 500. This year's run-up to race day has seen a string of spectacular wrecks in practice that has drivers, owners, fans and race officials looking forward to Sunday with the usual excitement -- as well as an unusual mix of anxiety, caution and mystery.

Sunday will be the 99th running of what's known as "The Greatest Spectacle in Racing." The Indianapolis Motor Speedway is so large you could fit the Rose Bowl, Churchill Downs, Yankee Stadium and the Vatican inside of it -- with room to spare.

"It's a vast place, but the size when we have all these people in here on race day creates this unbelievable environment," said Mark Miles, CEO of the company that owns the Speedway. "It is a very special event."

But four crashes during practice runs -- including three where cars went airborne and flipped over -- have raised serious concerns.

"There is certainly an alarm," said Curt Cavin, who covers the sport for the Indianapolis Star. "And the alarm is, if a car gets up in the air in traffic and you've got six, eight other cars trailing, you have the potential for a big mess."

Ed Carpenter was in a wreck last Sunday. Though hard to believe, he walked away without a scratch.

Carpenter's approach: Trust in the safety features of his car's design, along with a clear-eyed philosophy handed down from generation to generation of IndyCar drivers.

"You know, we're racing cars at 230 miles per hour. There's no guarantees when you're going that fast," Carpenter said. "I've lost friends in the past. I hope that I don't lose any more, but that is a reality that we do."

But IndyCar officials are looking at another part of the racecar's design in trying to explain why so many cars are leaving the ground. It's called an "aero kit," the car's body and aerodynamic wings that carmakers added to produce higher speeds and give the fans a way to tell the cars apart.

"When you are on the edge, there's not a lot of room for error," said Bobby Rahal, who won the race in 1986 and owns the car his son Graham will drive on Sunday.

Rahal said he's comfortable with his son behind the wheel -- even if no one knows for sure why the airborne crashes are happening.

"When you have one car take off, then you have another, you go, 'Holy smokes,' and no one wants the risk of someone else doing that," Rahal said. "So there was a lot of soul searching, a lot of late nights by engineers, trying to figure out why this is happening."

Ed Carpenter started in the pole position as the fastest qualifier in the last two Indy 500s. On Sunday, he will start in 12th position, on the outside of the fourth row.