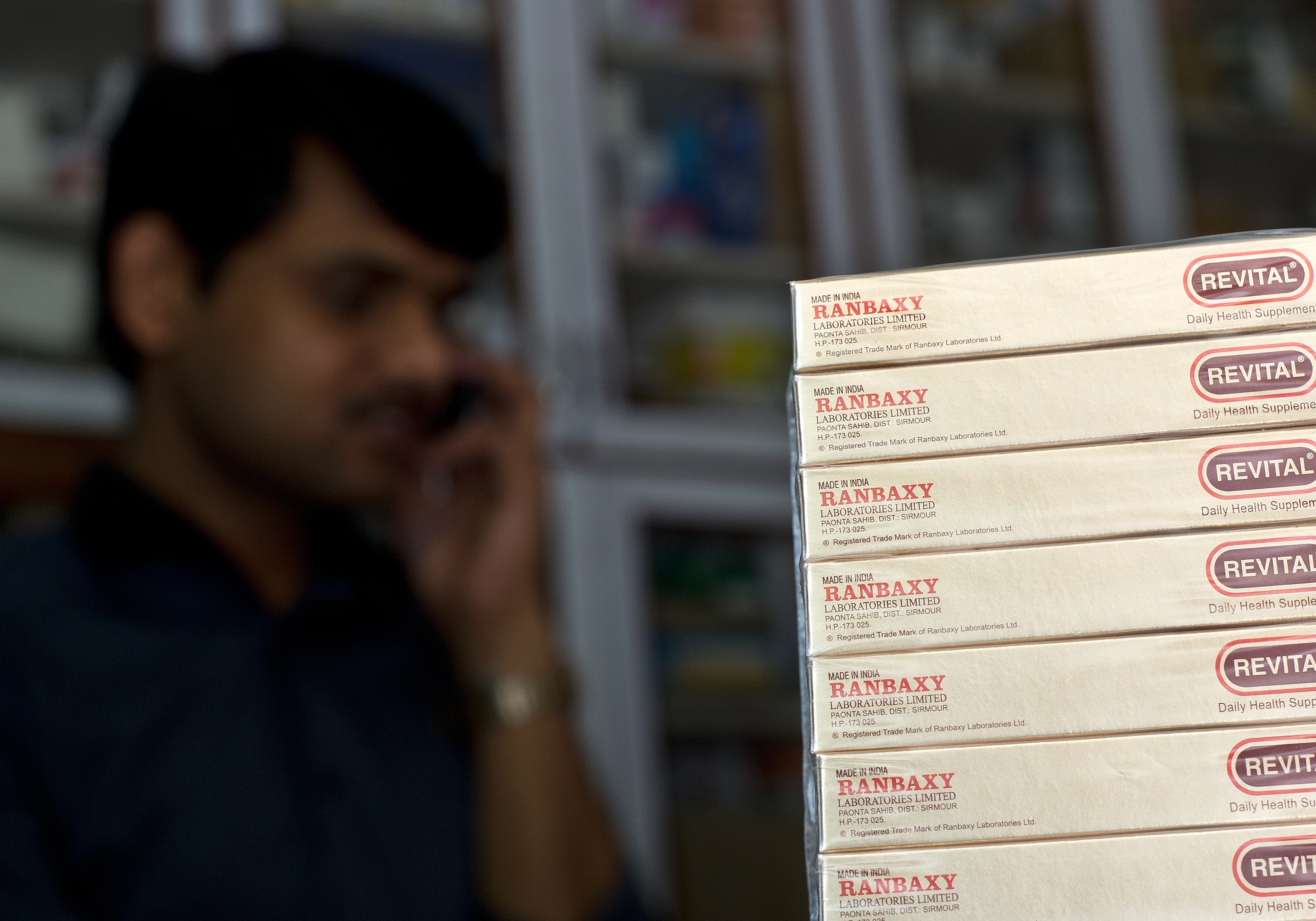 MUMBAI -- Indian drugmaker Ranbaxy Laboratories Ltd, reeling under a flurry of regulatory rebukes due to manufacturing quality concerns, has recalled more than 64,000 bottles of the generic version of a cholesterol-lowering drug in the United States after doseage mix-up was detected.

Ranbaxy recalled tablets of atorvastatin calcium, the generic version of Pfizer Inc's cholesterol fighter Lipitor, after a pharmacist found a 20-milligram tablet in a sealed bottle marked for 10-milligram tablets, the U.S. Food and Drug Administration (FDA) said on its website.

Ranbaxy, India's biggest drugmaker by revenue and majority owned by Japan's Daiichi Sankyo Co Ltd, confirmed the recall of select batches of the drug, but said the company had not received any product complaints.

"Ranbaxy is proactively recalling the lots out of an abundance of caution, keeping the safety of its patients in mind and with the full knowledge of the U.S. FDA," the company said in a statement issued to Reuters on Saturday.

The recall is the latest in a series of problems to hit Ranbaxy, which has had all its India factories stopped from sending drugs and ingredients to the United States, its biggest market.

Ranbaxy-owned Ohm Laboratories Inc in New Jersey is now the company's only permitted maker of drugs for U.S. sale.

Worries about quality control in India's $14 billion drug industry have come to the fore in the past year as plants run by Ranbaxy and local rival Wockhardt Ltd have been banned after falling short of the FDA's "good manufacturing practices".

India's drugmakers have come under closer scrutiny as the FDA, the guardian of the world's most important pharmaceuticals market, has increased its presence in the country, reflecting India's growing importance as a supplier to the United States.

The FDA declared the recall of Lipitor generic by Ranbaxy as Class II, which signifies a remote chance of severe adverse consequences or death due to the product flaw. This, however, is not the first time the company has recalled the drug.

In November 2012, Ranbaxy had recalled certain lots of the widely used cholesterol lowering medicine after it discovered contamination with tiny glass particles.

Ranbaxy had stopped manufacturing the blockbuster drug as it sought to fix the issues that resulted in the recall. It resumed production for sale in the United States in February last year.

Last month, the FDA prohibited Ranbaxy from shipping to the United States any pharmaceutical ingredient made at its Toansa plant in northern Indian following an inspection that found poor manufacturing practices.

The ban, which followed similar actions at two plants in 2008 including Dewas and another in September 2013, has triggered scrutiny by FDA counterparts in other countries including in India.

Ranbaxy shares have lost 18 percent so far this year, compared with a 4 percent gain for the NSE Index.