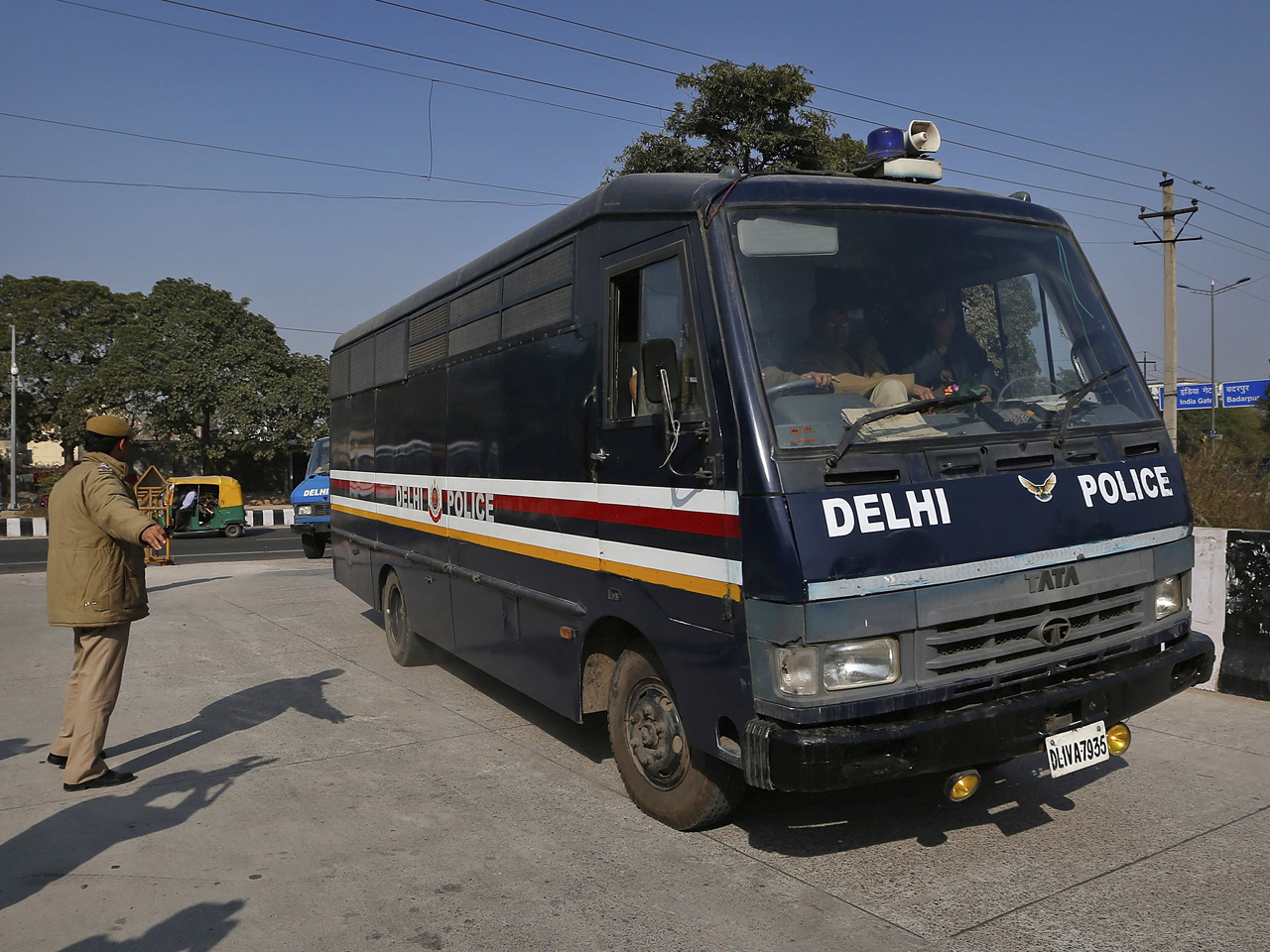 NEW DELHI Police badly beat the five suspects arrested in the brutal gang rape and killing of a young woman on a New Delhi bus, the lawyer for three of the men said Thursday, accusing authorities of tampering with evidence in the case that has transfixed India.

"They are innocent," Manohar Lal Sharma said of his three clients ahead of a court hearing. He said police have beaten the men and placed other prisoners into the suspects' cells to threaten them with knives, adding, "You can't believe the reality of Indian prisons."

Five men have been charged with attacking the 23-year-old woman and a male friend on a bus as it was driven through the streets of India's capital. The woman was raped and assaulted with a metal bar on Dec. 16 and eventually died of her injuries. Rape victims are not identified in India, even if they die, and rape trials are closed to the media.

Sharma, who has made a series of inflammatory and often-contradictory statements over the past two days, at one point Thursday said the dead woman's male companion, who boarded the bus with her after the pair saw a movie together, was "responsible for the whole thing." He gave no details, though, and a few hours later said the man's responsibility "was only my opinion."

The case has sparked protests across India by women and men who say India's legal system doesn't do enough to prevent attacks on women. Women have told stories of relentless abuse — from catcalls to bus gropings to rapes — and of a police and judicial system that does little to stop it, often blaming victims' unchaste behavior.

The woman and her male friend were coming home from a movie at a New Delhi mall when they boarded a bus that police say was carrying the defendants, who were traveling together on a joy ride through the city. The woman's friend, who has not been identified, has said he tried to defend the woman but was soon beaten unconscious. The two were eventually stripped and dumped from the bus.

Sharma said that authorities, under pressure to quickly wrap up the case, would convict his clients no matter what evidence, including forcing them to make incriminating statements.

"What happened to this woman was so heinous, so horrible," Sharma said, adding that, "the police will manipulate the facts."

Sharma also said that the woman's companion was ultimately responsible.

"The boyfriend betrayed" her, he said. "The boyfriend is responsible for the whole thing," he said, before backing away from the statement later in the day.

Sharma spoke to reporters before a hearing for the suspects in a New Delhi court complex. He says he represents bus driver Ram Singh, Singh's brother Mukesh, and another man, Akshay Thakur. He said all three will plead not guilty. Another lawyer, V.K. Anand, says he also represents the two Singh brothers. It's not yet clear if the other defendants have lawyers.

The suspects were quickly hustled into the courtroom Thursday afternoon for the hearing, their faces covered by scarves or hats. They were surrounded by rings of policemen, and it was not clear if they were handcuffed or shackled.

Thursday's hearing is expected to result in the case being sent to a special "fast-track" court. India's legal system is painfully slow, corrupt and inefficient, with many cases lasting years, even decades.

Sharma appears to be preparing a defense based, in part, on the many problems with that system. He indicated the men had been picked up because the authorities needed to make arrests given the public outcry, and the suspects all come from poor or working class families.

"If the parents of these boys had money, they would not be in court today," he said. India's court system is notorious for allowing wealthy defendants to go free, or at least delaying their trials for years.

He said his clients had all been badly beaten by authorities — a practice common for those under arrest in India — and had repeated whatever statements the police asked them to make. He said Mukesh Singh, 22, was now constantly in tears.

"He is sobbing like a child and saying 'Get me out of here, sir,"' Sharma said.

Authorities have charged the men with murder, rape and other crimes that could bring the death penalty. A sixth suspect, who is 17 years old, is expected to be tried in a juvenile court, where the maximum sentence would be three years in a reform facility.

Prosecutor Rajiv Mohan said last week that a DNA test confirmed that the blood of the victim matched blood stains found on the clothes of all the accused.