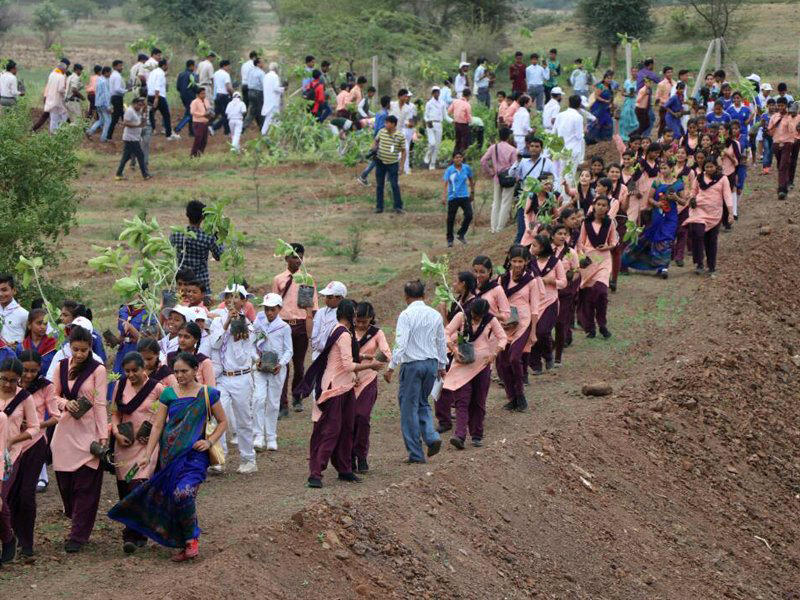 A month after India's prime minister reaffirmed its commitment to the Paris climate agreement, more than a million people in the country planted a possibly record-breaking number of trees to help fight climate change.

About 1.5 million people, including kids and seniors, volunteered to plant the saplings, Chouhan said.

In the 2015 Paris accord, India pledged to spend billions toward reforesting 12 percent of its land, the Australian Broadcasting Corp. reports. The commitment meant India's forests would grow by more than 12 million acres by 2030, according to The Independent.

Indian Prime Minister Narendra Modi reaffirmed his country's commitment to the pact last month in the wake of President Trump pulling the U.S. out of the deal. On Monday, U.N. Secretary-General Antonio Guterres said Mr. Trump's move made the agreement stronger because it caused other major nations to reiterate their support for it, and he cited India as an example.

Local media reported that officials with Guinness World Records were on hand to witness Sunday's mass tree planting, which if confirmed would surpass last year's record of over 50 million trees planted in a day in a different Indian state.

Chouhan encouraged others to plant trees, suggesting that it can be done to mark events like birthdays and weddings, according to the Reuters news agency.