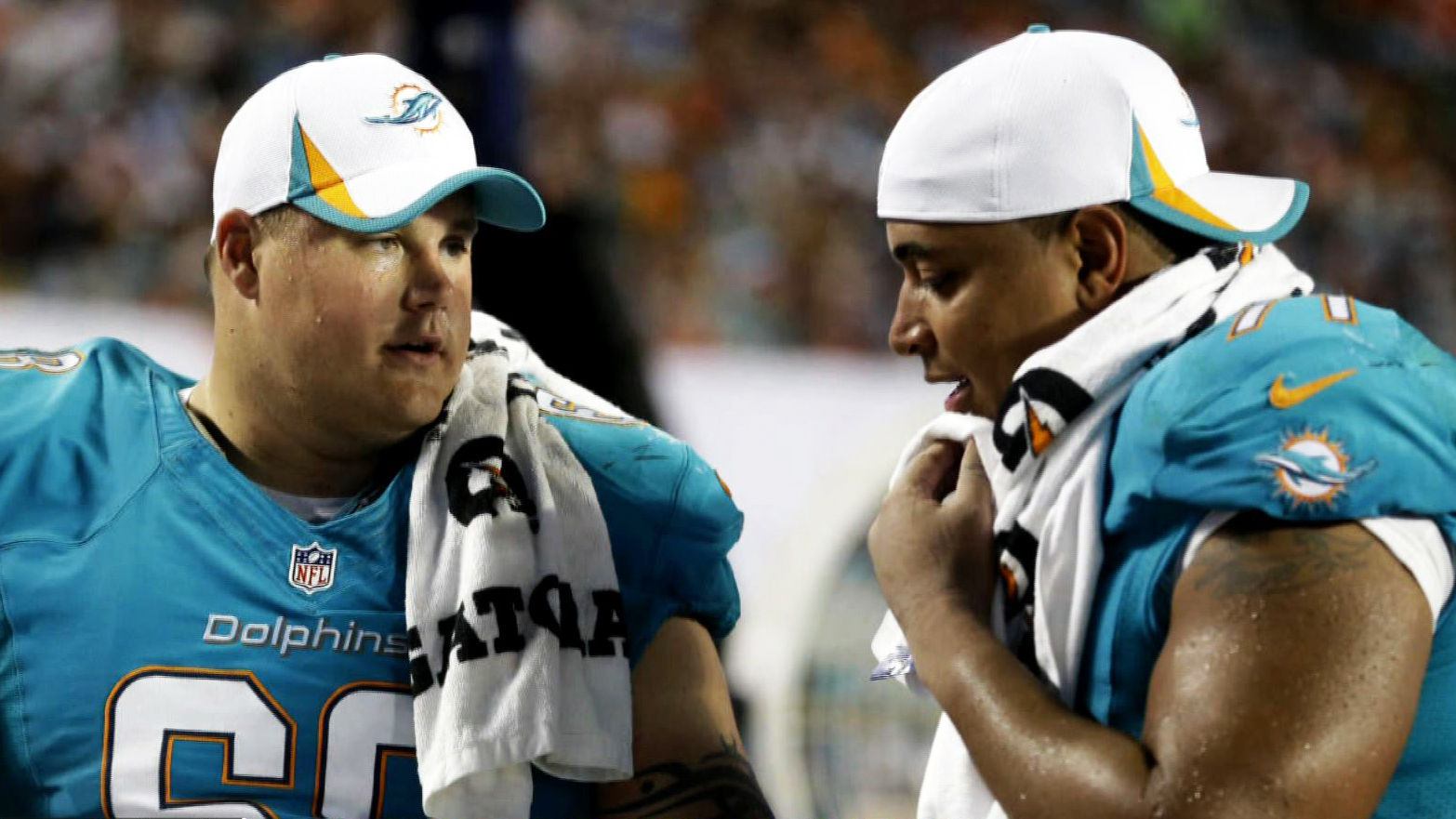 It may never be clear what fully transpired between Miami Dolphins' offensive linemen Richie Incognito and Jonathan Martin that resulted in Martin leaving the team and Incognito's suspension.

While the racially-charged voicemails and texts and monetary demands that reportedly took place between the veteran Incognitio and second year player Martin have been labeled by some as unacceptable, others close to the situation claim it was all part of a harmless locker room culture. Importantly, what the case spotlights is the fine line between hazing and bullying -- and the fact that these issues can occur outside a children's schoolyard and into adulthood.

"Workplace bullying is surprisingly common," Nathanael J. Fast, an assistant professor of management and organization at the USC Marshall School of Business in Los Angeles, told CBSNews.com by email.

"There are lots of reasons for this, but one prediction my collaborators and I found support for is that aggression is often the result of people experiencing high expectations for performance combined with feeling inadequate to meet those expectations," Fast, who is a member of the Association for Psychological Science, continued. "That's when people will often lash out at others to defend their threatened egos."

According to the Workplace Bullying Institute, about 35 percent of U.S. workers say they are bullied at their jobs.

The behavior especially persists in group environments. Fast explained that due to the highly pressurized and stressful nature of the workplace, people may vent their frustrations by taking it out on their co-workers.

"People also often don't have a choice about whether or not to be there, which can make it harder to avoid negative relationships," he said.

On sports teams specifically, there are given roles that members take on that affect the workplace dynamic, Gregory Chertok, a sports psychology consultant with Telos Sports Psychology Coaching, told CBSNews.com. Rookies come in knowing they are at the lower end of the totem pole, and older veterans understand that they are seen as the wiser, more seasoned players. No one tries to disrupt that social order.

And, people typically have no problem fitting into the perceived stereotype others have of them. One notable example, known infamously as the Stanford Prison Experiment, showed that when students were assigned roles as prison guards and prisoners, they easily assumed the mentality of the position. The study was cut short after six days because the role-playing exercise had become so real that the "prisoners" were being physically and verbally abused by the wardens.

"People are very impressionable," Chertok, a member of the American College of Sports Medicine, explained. "They're very obedient."

What doesn't help in situations where there is a tradition of hazing like in fraternities and sports teams is that there is a "pay it forward" mentality, he added. Rather than altruism, some people feel that if they were made to suffer through abuse when they were newly initiated, the incoming members should have to go through at least that same painful experience -- or something even worse.

When it comes to the NFL and other sports teams, or any type of job that takes years of hard work make it, people might be willing to put up with a lot.

"There is this almost desperation for social acceptance," Chertok explained. "Younger guys who are on the teams willing endure the bullying because the idea of landing a job on a pro team is a life-long dream. When you finally actually achieve that, a player just wants to sit in and keep the peace. Speaking up and snitching can be seen as a barrier to entry. They don't want their years of hard work to be naught for not being able to withstand bullying."

Compounding this is the unwritten rule in many group dynamics that you don't go against your teammates. Many of Incognito's teammates have come to his defense, saying they saw nothing wrong with the offensive lineman's treatment of Martin.

Others expressed sentiments supporting the idea that once you are older, you should be able to stand up for yourself against unwarranted bullying.

According to Pro Football Talk, when Dolphins G.M. Jeff Ireland was presented with the bullying allegations, he told Martin's agent that Martin should "punch" Incognito.

Some even blame the victims themselves. New York Giants safety Antrel Rolle told ESPN that believed part of the blame belonged to Martin.

"Was Richie Incognito wrong? Absolutely. But I think the other guy is just as much to blame as Richie, because he allowed it to happen. At this level, you're a man. You're not a little boy. You're not a freshman in college. You're a man," Rolle said.

Chertok explained, "When it is a child being bullied, we can attribute it to their disposition and immaturity. We believe that adults have the wherewithal and the cognitive ability to stand up for ourselves," he added.

Fast said this blaming the victim mentality is due to the idea that many people like to believe that what happens to them is deserved.

"So it's often easier to blame people for the bad things that happen to them rather than acknowledge that bad things can happen to good people," Fast pointed out.

One expert however noted that not all hazing can be a bad thing. David Coppel, director of neuropsychological services and research for the University of Washington Seattle Sports Concussion Program who also works with sports psychology interventions, told CBSNews.com that hazing can become a group cohesion exercise. In his experience, it has been a positive thing for most teams.

"In some way, you've moved past some difficult thing that has allowed you to have membership in a group you want to be a member of," Coppel, who is also a member of the American College of Sports Medicine, explained.

He understands that it can be hard to tell if someone is being targeted specifically -- in which case it becomes a different experience. It's clear that in hazing the goal is to bring people together, while bullying is meant to tear people down, he pointed out.

To Chertok, however, the risk of hazing turning into bullying and in turn, fostering resentment and distrust, is too much to allow it to persist.

"When players begin to feel they are treated unfairly or being treated harshly, I don't see how that player would want to work hard for his team the next year," he said. "I don't see how two lineman can stand next to each other when there is that much locker room hatred."