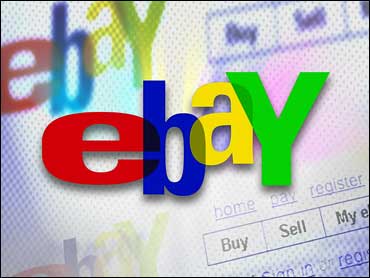 Feinstein, who chairs the Joint Congressional Committee on Inaugural Ceremonies, said she foresees overwhelming demand for the 240,000 available tickets and has heard reports they may be sold for as much as $40,000 online.

The tickets are supposed to be free to the public and distributed through congressional offices.

Lawmakers' offices won't get the tickets until shortly before the inauguration, to try to prevent scalping. In-person pickup will be required.

"These tickets are given for free to people. This is a major civic event of the time, and no one pays for their tickets, and we believe no one should be required to pay for their tickets," Feinstein said in an interview.

In addition to eBay, Feinstein aides said they are looking at writing to Craig's List and possibly other sites. An eBay spokesman did not immediately return a call for comment.

Feinstein said she was readying legislation for Congress' lame duck session that begins next week to make scalping the tickets a misdemeanor punishable by a yet-to-be-determined fine.

She said her own Senate office received 8,000 ticket requests the first day after the election.

Feinstein said she's also concerned about security for the event, which will occur outside the Capitol with crowds likely spilling over the National Mall.

"I am very concerned that this be as secure as is humanly possible. It's a difficult area to secure and we need to give it special attention and that is in the process of being done," she said. Feinstein said she was "of course" concerned that Obama would be a particular target as the nation's first black president.

"We're going to do everything we can to see that he is fully protected," she said. Feinstein will be attending a security briefing Wednesday with the U.S. Capitol Police, the Secret Service and the Armed Forces Inaugural Committee.

Aides couldn't estimate how many people would likely come to Washington, D.C., on top of those with tickets.

"If you don't have a place to stay I think you ought to reconsider coming. It is very cold that time of the year and it's going to be very difficult to get around," Feinstein said.