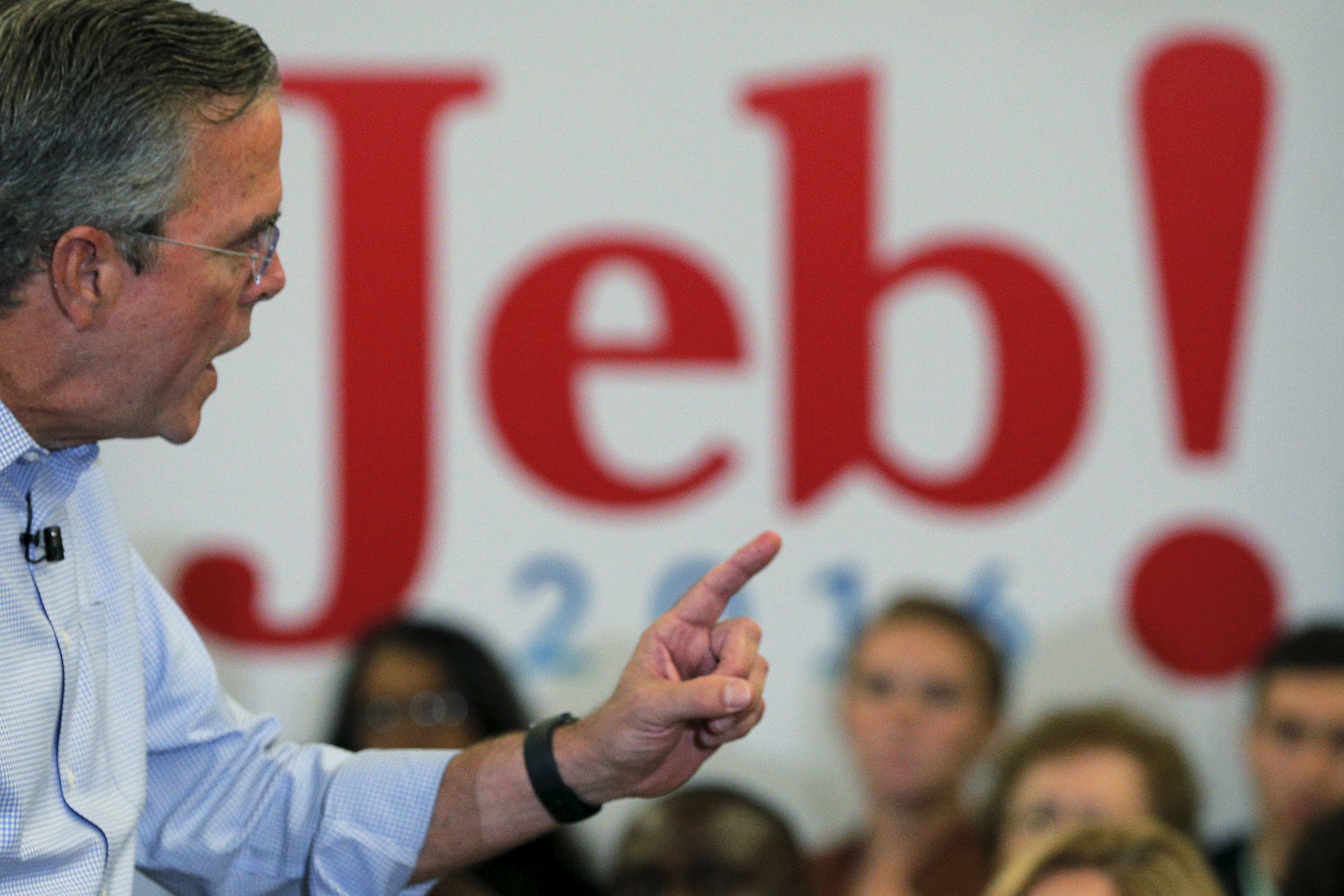 BEDFORD, New Hampshire -- On the other side of the state from Jeb Bush's town hall meeting, at about the same time, Donald Trump told a packed room that if he wins the presidency Syrian refugees would get the same treatment as the other immigrants in the U.S. who are here illegally. They would be deported.

Jeb Bush told reporters, after his town hall, that he would not "send them [Syrian refugees] all back to a hell hole," adding that, "We have a global tradition of taking care of refugees...we've done it since the beginning of time." He said he would take in every Christian who's persecuted, but did not have a number in mind.

He went on to make a more pointed remark about Trump, saying, "And this is the same guy - by the way - who is supportive of Putin and his emergence in Syria." Bush advocates removing Bashar al-Assad from power, as well as ISIS, in order to restore stability.

"There should be some sensitivity by Trump and others that this is serious," and, referring to the crying young woman in his town hall meeting whose family had fled Syria, he added, "And if you didn't hear that young woman's heart and have a sense that it's important to be on the side of people seeking freedom - look it's not the American way."

In the town hall meeting, Bush had said of the Syrian refugees, "People are leaving not just because they are immigrants looking for a better life. They are leaving because, if not, they will die. It's that simple. And we have to play a role in providing support."

Bush also answered Trump's assertion that his friendship with former protege Marco Rubio is "political bullish*t" and they "hate each other." The former Florida governor said that the two attend the same church, that they are "close friends, and I admire him greatly," though he acknowledged "it's a little awkward that we are running for the same job."

He added, "Donald Trump has no knowledge of our relationship."

But he did say - albeit without mentioning his close friend - that senators should be docked for their absences from votes. Rubio has the most absences among his fellow senators.

Bush, who has been dropping in polls lately, was also asked about his standing in the race. "Polls don't matter. They really don't matter, he said."Particularly here in New Hampshire. The depressing thing for a candidate here in New Hampshire is that a majority of people actually make up their mind in, like, the last week. Come on, can you make up your mind a little earlier?" He added, "Only if you support me."

He takes heart from John McCain's 2008 primary campaign, which saw him fall far in the polls during the race, then fight back near the end to win New Hampshire and ultimately, the nomination. But for now, he says, "Come by my next town hall meeting and ask me how the polls are doing, and they'll be different than they are today and I'll still say it doesn't matter. When we get to January and you ask me that question, I'll say it starts to matter now. We're getting close."