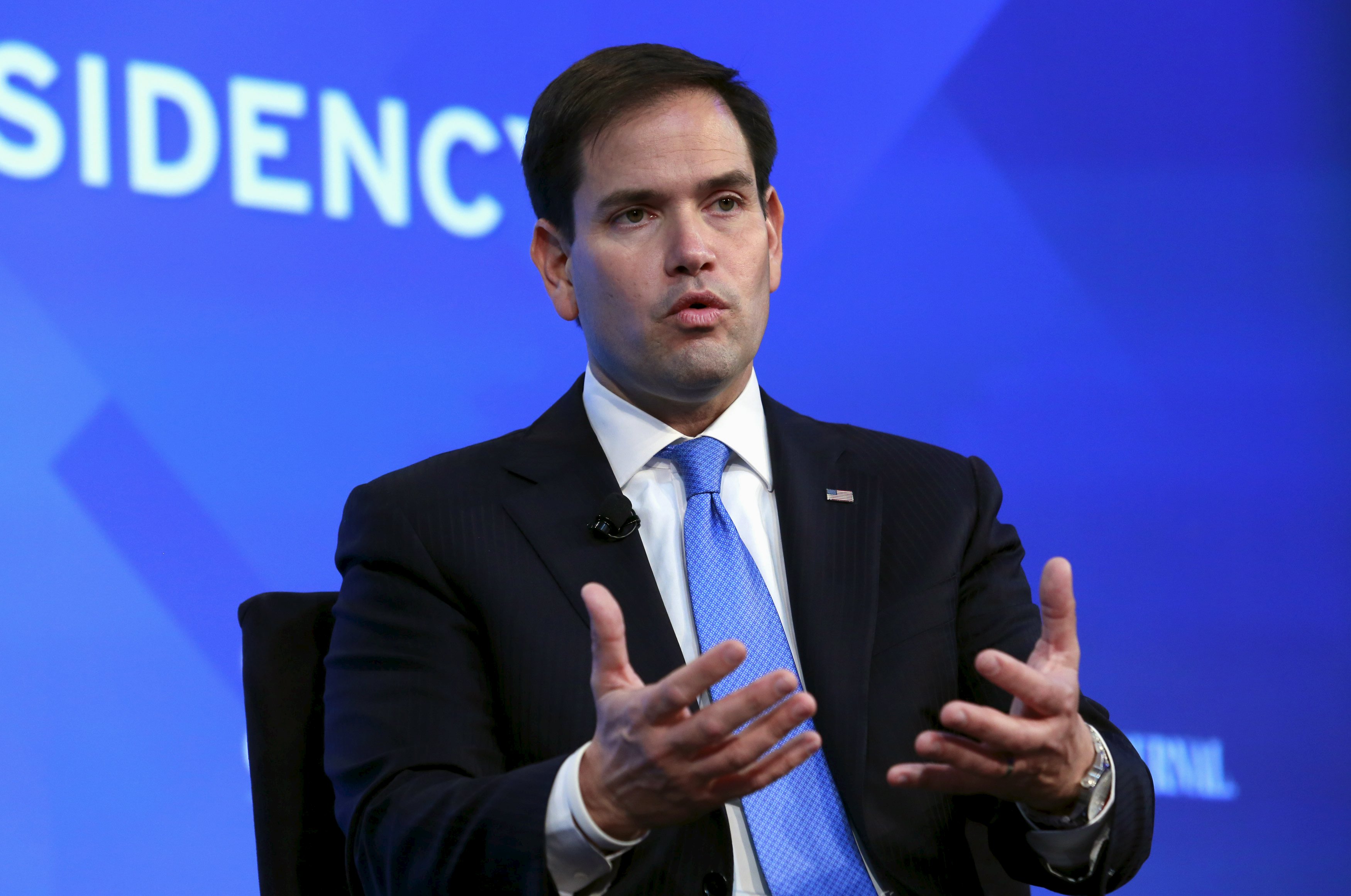 Marco Rubio picked up a local endorsement in Michigan Wednesday that may have hurt him more than it helped, in the moment, anyway.

The young first-term senator who's campaigning on a message of generational change was to be introduced and endorsed by Michigan State Senator Ken Horn, a Republican, at his rally in suburban Detroit.

Horn launched into his speech by saying, "First, I have to be honest with you. I am so fed up at this point, with first term senators who are president of the United States. Barack Obama kind of left a sour taste in my mouth when it comes to inexperience."

Rubio, like Mr. Obama in 2007, is a young first-term senator, who has similarly been accused of lacking experience.

Horn went on to differentiate the president from Rubio and to praise Rubio as "stunning" and "articulate."

When Rubio took the stage, he had strong words of his own for the for the man he had just been compared to, over his address to the nation on Sunday night.

"It was supposed to be a speech to reassure Americans" Rubio said of the president, adding "I wish he had never given it".

Rubio mocked Obama's remarks for the several hundred who had come to the rally: "Here is the gist of the speech in ten seconds...I refuse to call this a 'war on radical Islam.' We are going to keep doing the same thing we are doing now and stop being so discriminatory, end of speech."

This was Rubio's second campaign event in Michigan and his first since August.

With Michigan's primary on March 8th sandwiched in between the southern dominated and often dubbed "SEC Primary" on Mar. 1 and the winner-take-all Florida primary Mar. 15, Rubio talked about the wolverine state's importance to his own chance to win the nomination, and then the White House next November.