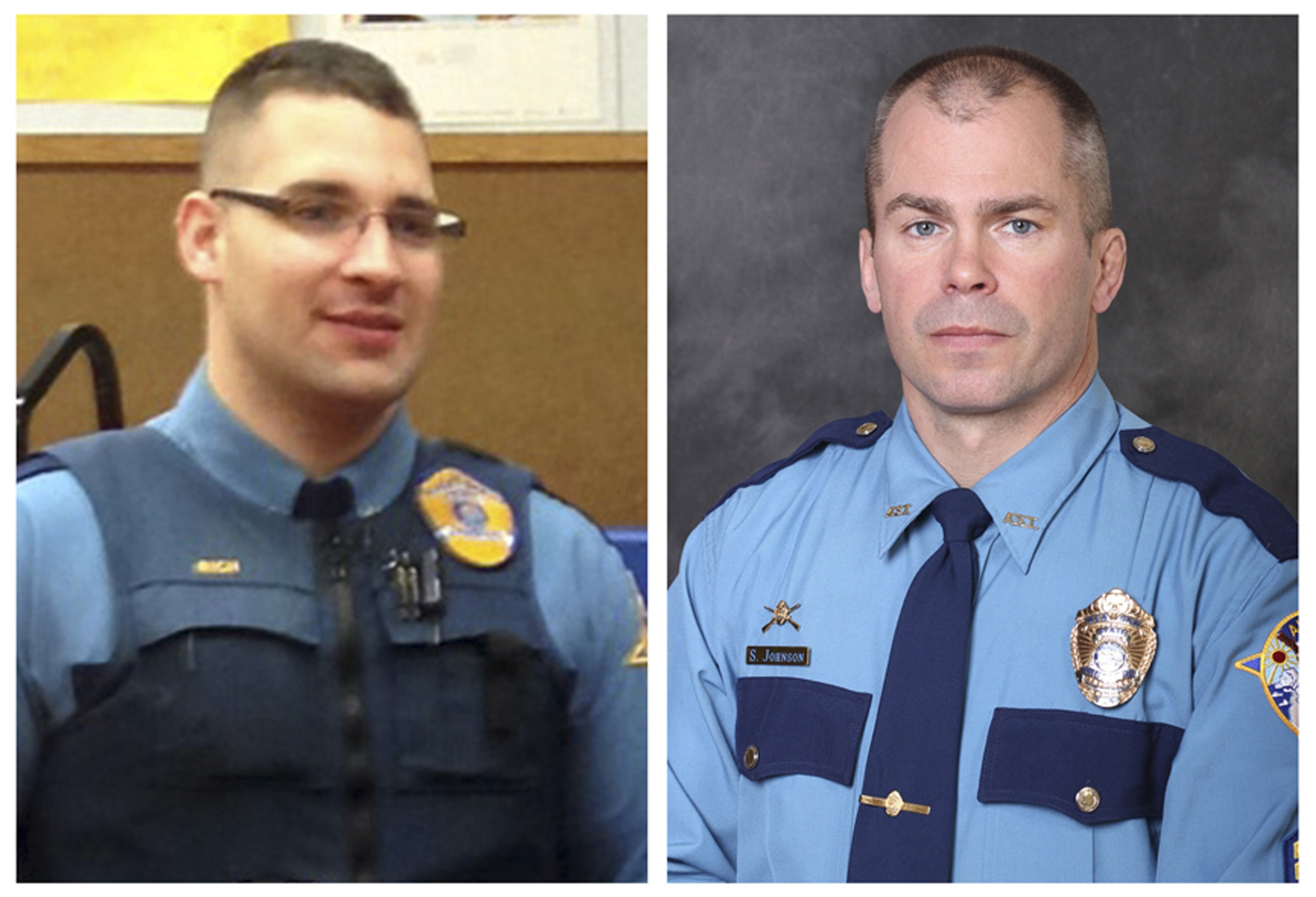 ANCHORAGE, Alaska -- Without a jail or even armed law enforcement, the isolated Alaska village where two state troopers were shot and killed is turning to a traditional form of justice: banishment.

The Tanana Village Council, the Athabascan Indian tribal authority in the village of 250, is taking steps to expel two men whose actions contributed to the homicides and who have threatened other community members, council Chairman Curtis Sommer said.

"This is the only way we have to remove individuals who are - how do we say it? - who are dangerous to members of the community," Sommer said.

The action is infrequent in Alaska, and when it is used, some question whether a tribal entity has the right to limit access to a community otherwise governed by state law. Those who are banished rarely contest the action publicly, and it isn't clear if banished residents go on to cause problems in other communities because no one tracks them.

"We like to think that we have the right to travel wherever we want," said Anchorage attorney Wayne Anthony Ross, who former Gov. Sarah Palin nominated for Alaska attorney general in 2009. "On the other hand, a small village should have the right to decide who they want to live in that village, specifically if that person is a troublemaker. I can see both sides of it."

If it's not lawful, it should be, said Heather Kendall-Miller, senior staff attorney for the Native American Rights Fund in Anchorage. Tribal councils always have attempted to protect the peace.

"It seems to me like a reasonable approach to avoid violent situations, especially when you have no law enforcement providers within a community," she said. "Try to pre-empt a bad situation before it happens."

Tanana is on the Yukon River, a traditional transportation artery in Alaska's vast interior. More than a century after changing from trading site to permanent community, Tanana has a school, clinic and store but no mental health treatment facilities and no connection to the highway system.

The state can't afford to pay for law enforcement in small villages like this but they also refuse to let tribes have full authority over law enforcement, beyond an unarmed public safety officer, Kendall-Miller said. State troopers are flown in to deal with violence, but they can sometimes take days to arrive.

The latest trouble in Tanana began when Arvin Kangas, 58, drove into town without a license and pointed a gun at the unarmed village public safety officer, investigators said. He called Alaska State Troopers, and one day later, on May 1, Sgt. Scott Johnson and Trooper Gabe Rich flew to Tanana. As they tried to arrest Kangas, his son, Nathanial "Satch" Kangas, 20, shot and killed the officers, investigators said.

The village council later voted to banish Arvin Kangas and a second man who has assaulted tribal employees, Sommer said. The matter, after legal review, will be presented to the tribal court for a final decision at an undetermined date.

Banishment is not limited to Athabascan communities. Last August, a man identified as a drug supplier stepped off a flight to Sand Point, a city with strong Aleut and Scandinavian roots at the beginning of the Aleutian Chain. A semi-circle of residents informed the man he was not welcome. They bought him a return ticket and he never left the airport terminal, said Tina Anderson, who witnessed the exchange. The fishing community has a high rate of drug abuse.

"We're tired of it, and we're concerned about the future of the community," she said.

Akiak, a Yupik Eskimo village in southwest Alaska, voted in April 2013 to ban a man suspected of bootlegging and dealing drugs.

"It's got to be very significant circumstances that would warrant this, either violent assaults or murder," he said. "At what point do we draw the line on this? I do not know. I do know it's not going to be used frivolously just to get back at someone."

The village council will ask the state to enforce banishments. The Alaska Department of Law said it would carefully evaluate a banishment order. Kendall-Miller has seen unofficial support in the past.

"We have seen state police officers that have attempted to accommodate the tribal council's blue ticket orders by helping to prevent individuals from coming back," Kendall-Miller said. "It has been an informal arrangement that was done out of necessity."

"If they do not enforce it, we will enforce it ourselves. We will get a group of men together and go to that person and tell him to leave and to not come back."

CBS affiliate KTVA reported that the safety of law enforcement officers in Alaska is on the minds of many, especially for Deputy Commissioner of Public Safety Terry Vrabec.

"Sgt. Johnson was a close friend of mine," said Vrabec, who has a personal connection to most of the names on the memorial statue outside the State Crime Lab, dedicated to public safety workers who lost their lives in the line of duty.

Johnson and Rich's names have not yet been added to the statue, which is filling up quickly.