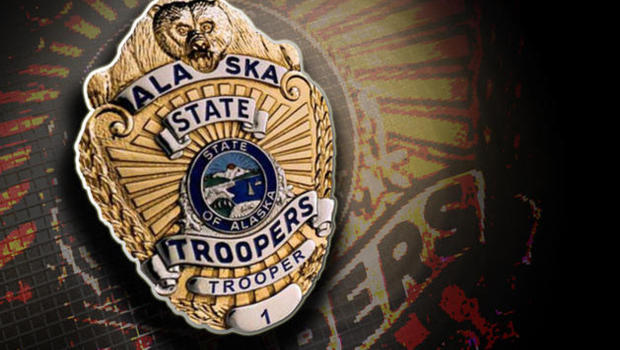 ANCHORAGE, Alaska - Two Alaska State Troopers have been shot and killed during an investigation in a remote village, including at least one who had appeared in a television show about Alaska officers on the job.

Ruby Cruger said the shooting happened at her aunt's home on Tanana's Front Street just about 3 p.m. Thursday. She said her aunt wasn't home at the time, but a relative of her aunt shot the troopers inside the home.

She confirmed that Rich had been featured on the National Geographic show "Alaska State Troopers," and said Johnson might have also appeared but couldn't immediately confirm that.

The show's website says it follows "one of the toughest law enforcement agencies in the nation" and adds, "Responding by land, air, and sea -- with backup sometimes days away -- these troopers patrol hundreds of miles of rugged terrain in bone-chilling temperatures to protect the people and wildlife of Alaska."

Troopers have released few details about the violence in the isolated community located about 130 miles west of Fairbanks, other than saying one person has been detained. No roads lead to Tanana and travel there is mainly by aircraft. Residents live a largely subsistence lifestyle.

The troopers had gone to Tanana to follow up on a Wednesday night report that someone "had brandished a firearm in the village," Peters said. Both worked out of the troopers' Fairbanks rural service unit.

Gov. Sean Parnell said in a statement that he and his wife, Sandy, "were deeply saddened to learn of the senseless, brutal crime that took the lives of two of Alaska's finest. These fallen heroes answered the call to serve and protect, and made the ultimate sacrifice, while keeping our communities safe."

Cruger, who spoke to The Associated Press by telephone from the village store, said she didn't have any other details, other than to say her aunt sat outside her home Thursday evening, waiting for troopers to clear.

"All the troopers and everybody is up there, but you can't get close to the crime scene," she said.

"All I know, we have more SWAT people coming in," she said.

An Alaska Bureau of Investigation crew was headed to Tanana, Peters said earlier in the evening Thursday.

Because of the location of the village, about two miles west of the junction of the Tanana and Yukon rivers, the community was a trading post for Koyukon and Tanana Athabascans long before European contact, according to a state website.

About 238 community members continue to live a traditional Athabascan lifestyle, including hunting and fishing for their food.