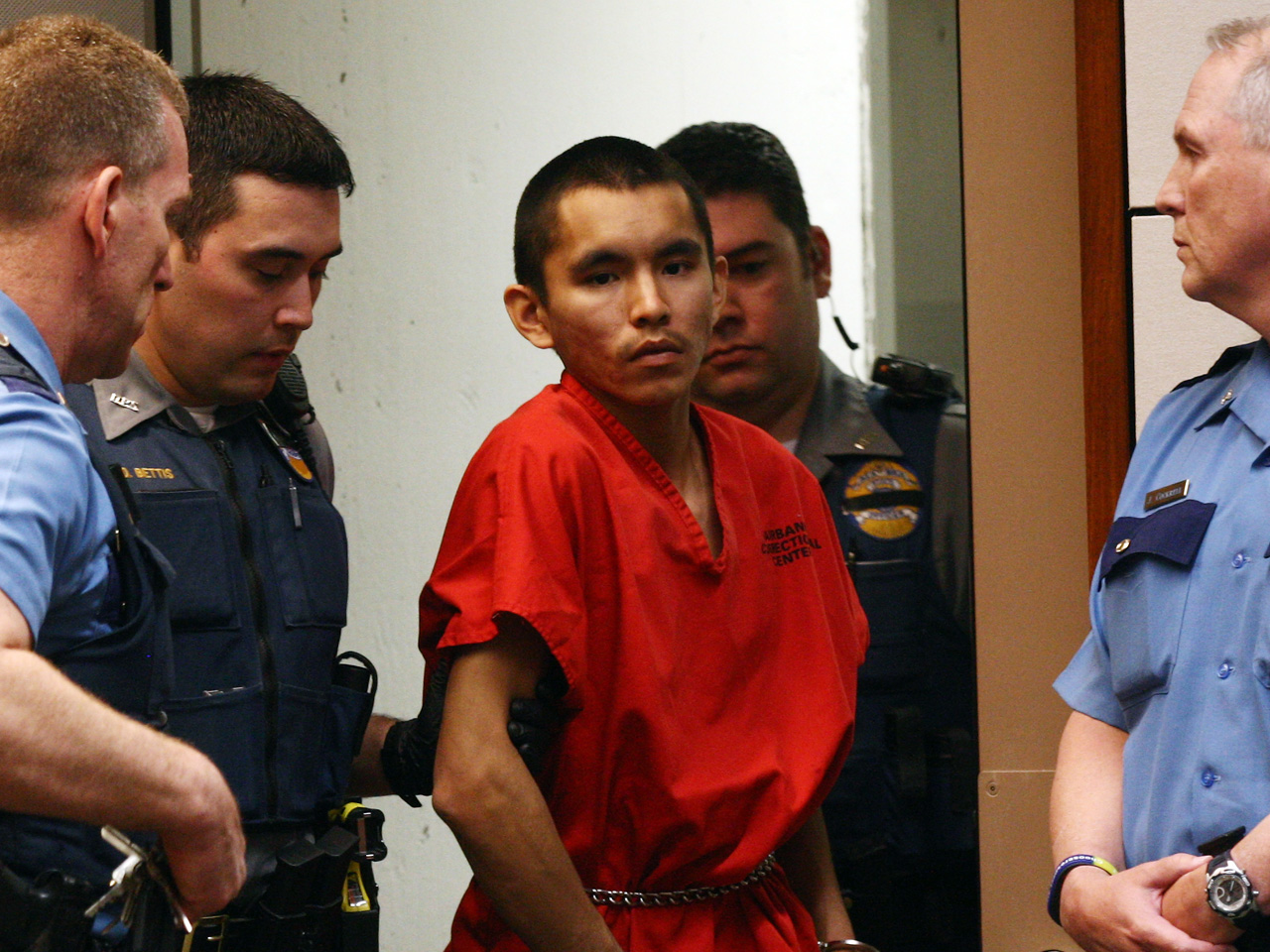 FAIRBANKS, Alaska - The tribal government for the village where two Alaska State Troopers were killed has voted to banish two men who may have influenced the suspected shooter, including the young man's father.

The Tanana Tribal Council voted unanimously Tuesday to ask Arvin Kangas and William Walsh to leave permanently, the Fairbanks Daily News-Miner reported. The banishment is subject to review by the tribal court, but the Tanana City Council, the municipal government, has approved a resolution supporting the move.

Kangas is the father of Nathanial "Satch" Kangas, 20, who faces charges in the May 1 deaths of Sgt. Scott Johnson and Trooper Gabe Rich.

A grand jury on Thursday indicted the 20-year-old with two counts each of first- and second-degree murder, along with single counts of assault and evidence tampering.

The jury also came back with a special finding that the officers were in uniform and carrying out official duties when they were killed. If Kangas is convicted of first-degree murder, it would carry a mandatory sentence of 99 years under the finding instead of the normal 20- to 99-year range.

The grand jury also indicted the man's father, 58-year-old Arvin Kangas, on single counts of evidence tampering and hindering prosecution. Both men will be arraigned Tuesday.

The Fairbanks-based troopers had flown to Tanana, a community 130 miles west of Fairbanks off the road system and near the confluence of the Yukon and Tanana rivers, to find Arvin Kangas. He was to be arrested on charges of driving without a license and threatening the village's unarmed public safety officer by pointing a shotgun at him.

Investigators say the officers scuffled with Arvin Kangas inside his home as they tried to arrest him. Nathanial Kangas entered the room with an assault rifle and shot the officers, according to prosecutors.

Arvin and Nathaniel Kangas moved to Tanana only three years ago.

Walsh is the leader of Athabascan Nation, a small group that that rejects the authority of the Alaska state government. Walsh has also clashed with the elected tribal government in the community of about 240. The older men likely influenced Nathanial Kangas, tribal leaders said.

"We feel that individuals are accountable even though it was not them that shot the troopers," said Curtis Sommer, chairman of the Tanana Tribal Council. "It was their rhetoric. They more or less brainwashed the young man."

The vote to banish has not been applied often, Sommer said. In 20 years, the tribal government has banished just one other person. In this case, the council will ask state authorities to help enforce the action, he said.

Neither man is in town. Walsh, a longtime resident in his 60s, voluntarily left Monday, Sommer said. Walsh has in the past claimed rights to private and tribal land and squatted on the property, Sommer said.

Arvin Kangas is jailed in Fairbanks.