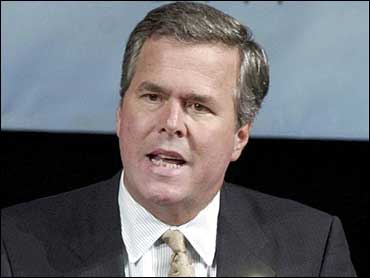 A severely retarded rape victim who was thrust into an abortion debate when Gov. Jeb Bush said he wanted a guardian appointed for her fetus will be allowed to carry her pregnancy to term, a judge ruled Wednesday.

Circuit Judge Lawrence Kirkwood approved a medical plan for the woman — known as J.D.S. in court records — that allows her to give birth. J.D.S.' court-appointed guardian, Patti Jarrell, recommended the plan.

Jarrell wrote in a report to Kirkwood that "completing the pregnancy/delivering the child is in J.D.S.'s best interest."

The 22-year-old woman, who is more than six months pregnant, has the mental ability of a preschooler and has been living in the group home for 19 years.

Doctors have found J.D.S. to be in good health, and two sonograms indicate no obvious abnormalities with the fetus, Jarrell said.

Her case gained national attention last month after Bush said he believed a guardian should be named for the woman's fetus because the woman was unable to make to decision of whether to carry the baby to term.

Abortion-rights advocates attacked Bush's stance, calling it an attempt by the abortion opponent to force the woman to continue the pregnancy. J.D.S.'s guardian had not been appointed at the time.

The judge said there was no basis in the law for appointing a guardian for a fetus.

The case prompted Bush to appoint a panel to study what needs to be done to protect mentally disabled adults from abuse.

The identification of J.D.S.'s attacker has been hampered because the woman was unable to consent to a DNA test until someone was appointed to speak for her.