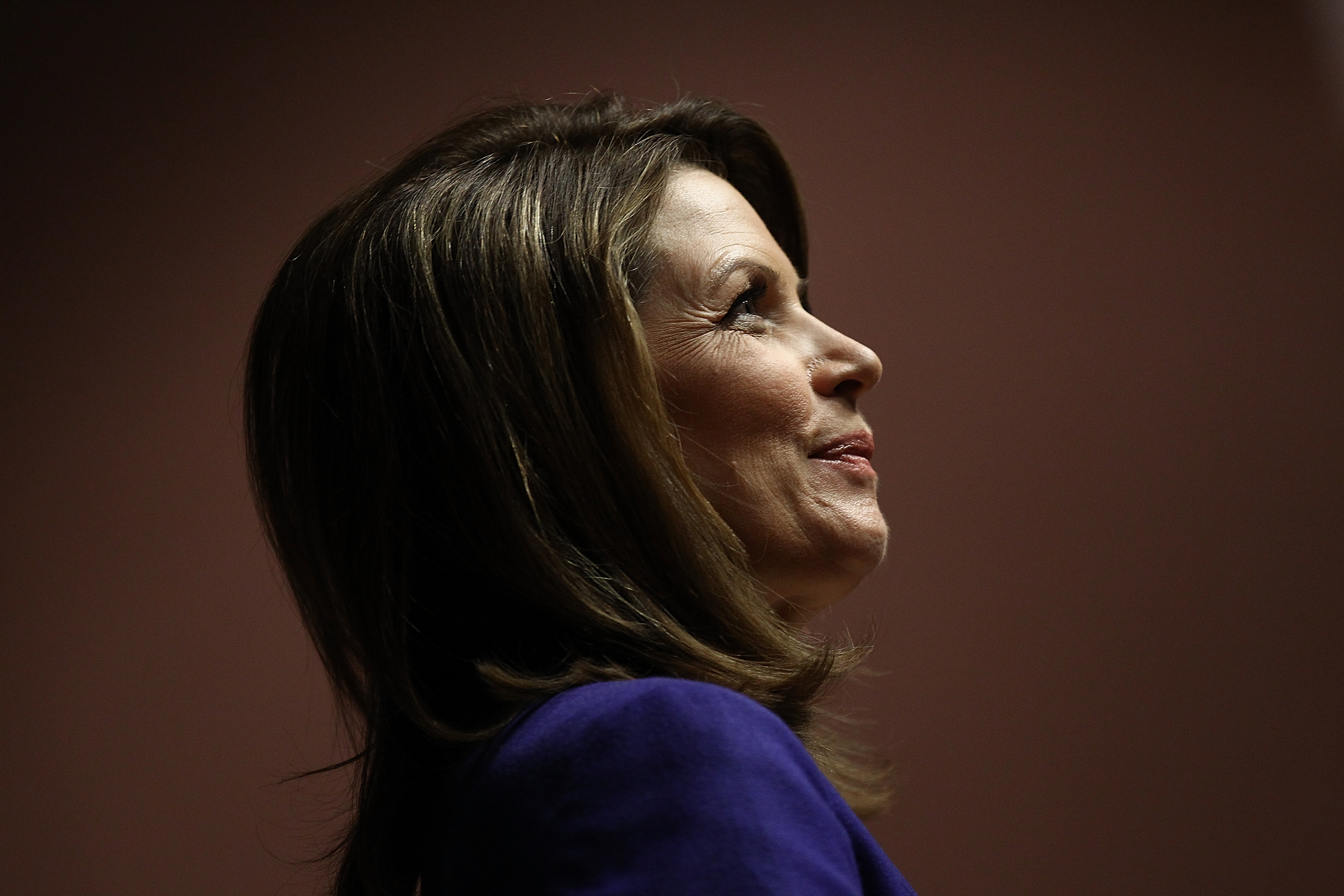 For "president of the Tim Tebow fan club," she quipped.

"The left likes to think we're the fringe," Ryan said at the second of the three-day "Road to Majority" conference. "Guess what? We're the mainstream."

Ryan referenced his efforts during the 2012 presidential campaign to highlight the need to minimize the role of government. Under President Obama's policies, "big government" has enabled an "assault on our liberties," Ryan said.

"What we are seeing today is this Washington-knows-best, big government in practice," Ryan said. "We have a job and that is to resell the American idea."

But compelling voters to buy the Republican "narrative" requires restructured branding, Bush said, reiterating some ideas from the party's 2012 election post-mortem report. Bush detailed a list of policy recommendations - including education reform and increasing the United States' oil and gas creation to the highest level worldwide by 2020 - that he said would better reflect GOP values.

Bush and Bachmann gave competing views on the comprehensive immigration reform bill in the House, underscoring the challenge the issue poses for the GOP.

Though they said they disagreed with much of the bill, the two held conflicting approaches to how to fix the legislation. While both said border security should be the priority, Bachmann argued "illegal aliens" shouldn't receive "amnesty" at all while Bush recommended a system that encourages youth immigrants to stay in the U.S. as long as they learn English.

"At the worst possible time financially we're looking at allowing in more than 30 million illegal aliens," Bachmann said. "Amnesty will cost a fortune."

Bush, meanwhile, countered the idea that immigrants take a toll on the economy.

Rep. Mark Sanford, R-S.C., also spoke at the conference Friday, encouraging the Faith and Freedom Coalition to "be of courage" as they work to increase the number of "pro-family" and "pro-life" representatives in government.

"We are at a tipping point, the likes of which we have never seen," Sanford said. "Unless we get it right there will be incredible implications to future generations."