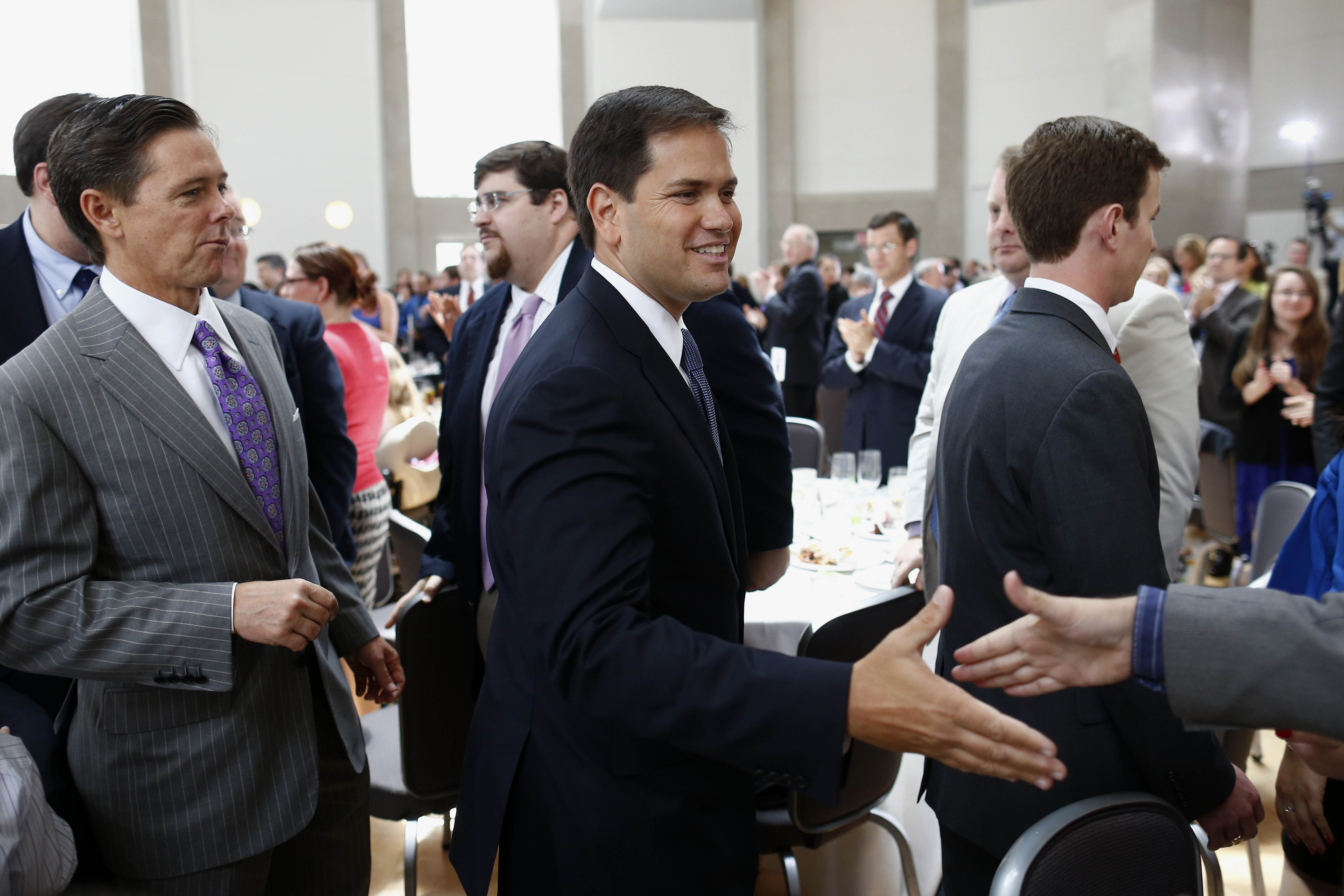 Speaking to the Faith and Freedom Coalition's annual conference in Washington is a rite of passage for almost any Republican considering a presidential run. It's also a rite of passage to attend the annual Conservative Political Action Conference (CPAC), as well as the annual Value Voters Summit, both in D.C. too.

For the candidates, it is a chance to introduce themselves to some of the party's most fervent activists. At a time, however, when the GOP is trying to expand its voter base and appeal more to women and minorities, do these forums only further highlight the most conservative elements of the party?

Gary Marx, the executive director of the Faith and Freedom Coalition, said it is up to the politicians to win over conservative leaders from around the country, including those from critical presidential primary states.

"We tell anyone who is a prospective candidate, our job is not to endorse you, Marx told CBS News. "Your job is to come and endorse the conservative beliefs that our members hold."

But so far, this year's speakers have tried to walk a fine line between telling the evangelical activists what they want to hear and explaining some positions that may be unpopular with the audience.

"There is a war on Christianity, not just from liberal elites here at home, but worldwide," Sen. Rand Paul, R-Ky., told the Faith and Freedom audience on Thursday. "And your government, or more correctly, you, the taxpayer, are funding it."

That's red meat for Christian conservatives sitting in a dark D.C. hotel ballroom, even though Paul continued with an impassioned speech about the drawbacks of foreign aid - a position many activists view with skepticism because of their steadfast support of Israel. Sen. Marco Rubio, R-Fla., who spoke after Paul, talked as well of protecting Christian values around the world. But he also admonished the crowd about immigration, saying that "at the essence of our immigration policy is compassion."

Christie also missed March's CPAC conference, although in that case he was not invited to attend. He is in the midst of running for reelection in a heavily Democratic state, and may have calculated it is not the right time for him to cozy up to staunch conservatives. But even three years before 2016, he could be missing out on key opportunities to ingratiate himself with those he will need in Iowa, South Carolina, and Florida to secure his party's nomination.

"If you are thinking of running in 2016, and decline to attend one of these gatherings, you run the risk of alienating people whose support you're going to need down the line," says Eric Fehrnstrom, a former senior adviser to 2012 Republican nominee Mitt Romney.

"You get to bring your message to the activist base of the party. You automatically get placed on the media's radar screen. You also get a chance to demonstrate that you can pass a basic friendship test with the conservatives who dominate the Republican nominating process."

Al Cardenas, chair of the American Conservative Union, which sponsors the CPAC conferences, adds that it's not just about what a politician says during their speech.

"Many of our main ballroom speakers have rooms reserved at our venue and they use the opportunity to meet with a number of supporters, potential donors, and others on our premises," Cardenas says. They may give a 45-minute or 30-minute speech at CPAC, but they'll have five, six, seven meetings while they're there."

Christie can take heart, though. Even if he skips every conservative conference until his gubernatorial election in November, between just the D.C.-based conferences of the Faith and Freedom Coalition, CPAC, and the Values Voters Summit, he'll have six more opportunities to speak to these Republican activists before a single vote is cast in the 2016 primary.

And if he can't make those? Well, there's always the CPAC regional conferences.

Here's what else the 2016 candidates have been up to this week, from CBS News' Jaclyn Peiser:

Vice President Joe Biden: On Thursday at the White House, Biden and President Obama met with the families of some of the victims of the Newtown massacre. The White House is making a renewed effort to pass new gun safety laws. Next week Biden will host an event on gun control and make some of his first remarks on the issue since the Senate failed to pass a bill in April.

Gov. Martin O'Malley, D-Md.: The Maryland governor officially endorsed Newark, N.J., Mayor Cory Booker in his bid for the Democratic nomination for Senate. O'Malley also continues to deal with the fallout from the Baltimore City Detention Center scandal. He pushed back this week against a call for a special counsel to look further into gang activity at the jail.

Sen. Kristen Gillibrand, D-N.Y.: Gillibrand faced a setback in her push to remove military commanders from the review process of sexual assault cases. Senate Armed Services Committee chairman Sen. Carl Levin, D-Mich., dropped Gillibrand's amendment to a defense authorization bill. In a statement, Gillibrand said "I am deeply disappointed the voices of the victims of sexual assault have been drowned out by the military leaders who have failed to combat this crisis."

Former Gov. Jeb Bush, R-Fla.: Bush joined former Gov. Haley Barbour, R-Miss., at the Bipartisan Policy Center to discuss immigration reform on Thursday. Bush said he believed there was a better opportunity to pass comprehensive reform this year than when his brother was president. Talking about the country's diversity, Bush noted "When I get to spend the night with my lover, it's my wife who was born outside the United States." He joked later that he wanted to reiterate that his "lover" was his wife, Colomba, who was born in Mexico.

Sen. Marco Rubio, R-Fla.: On Thursday, Rubio stated that he will walk away from the immigration bill currently being debated on the Senate floor if it includes rights for same-sex couples. In an interview on the "Andrea Tantaros Show", the senator said that if an amendment passes that allows gay and lesbian legal immigrants to bring their partners to the U.S., than "it kills the bill."

Gov. Scott Walker, R-Wis.: The Wisconsin governor said he will sign a bill making its way through the state legislature that would require women to have an ultrasound before getting an abortion. According to the Associated Press, the law would make Wisconsin the ninth state with an ultrasound requirement.

Gov. Chris Christie, R-N.J.: In addition to co-headlining the Clinton Global Initiative conference in Chicago, Christie appeared this week on "Late Night with Jimmy Fallon." Always willing to poke fun at himself, Christie "slow jammed" his decision to call for a special election to fill New Jersey's vacant senate seat. Fallon remarked that Christie sounded presidential and asked, "got something to announce on the show right now?" Christie replied, "Come on Jimmy, do you really think I'd come on this show to announce a Presidential run?"