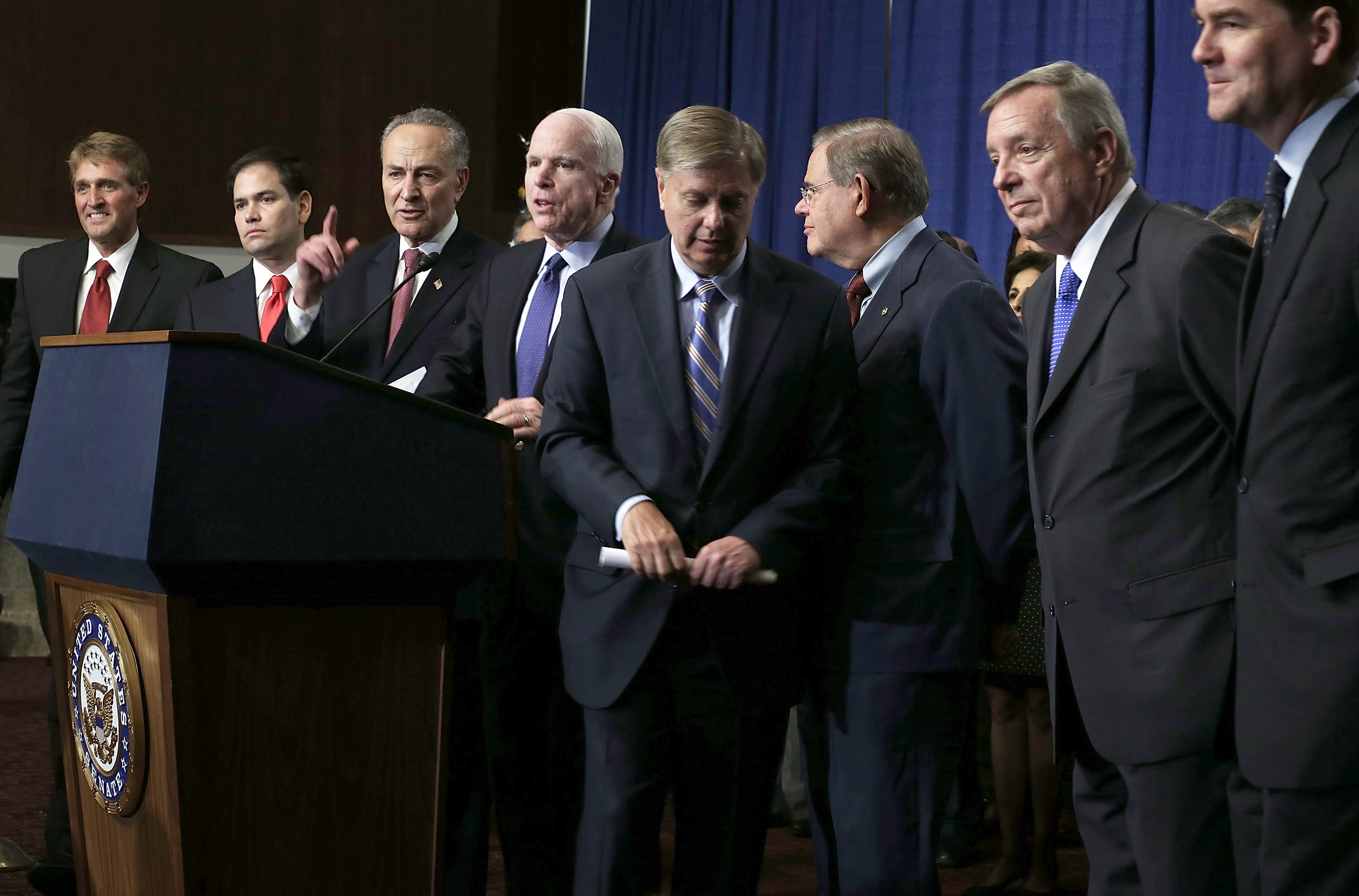 Work on legislation to reduce gun violence has been put on hold indefinitely, but hope is not lost for cooperation in Washington: The eight lawmakers who put together a comprehensive immigration bill think their legislation has a better shot in Congress than the gun legislation.

"In a week when disillusion with politics is being acutely felt... the bill is proof the art of political compromise is not dead," Sen. Chuck Schumer, D-N.Y., one of the immigration bill's authors, said at a press conference today with his seven colleagues.

Schumer said the bill starts with a "strong foundation" of support of both Democrats and Republicans.

"I think the majority of people in both caucuses really want to get this done," he said. "I believe this is ours to lose."

"I don't think it's at all like gun control, frankly," he continued, adding the immigration bill has "broader support on a broader basis than guns did both in the Senate and in the country."

Sen. John McCain, R-Ariz., another one of the bill's authors, cited the broad coalition behind the effort -- including organized labor, the business community, Hispanic leaders, religious organizations and others. "This is why we will succeed," he said.

While the senators expressed optimism about the bill, they acknowledged there would be opponents in Congress who will try to add "poison pill" amendments.

"We are committed to good changes to the bill," McCain said. "But we are also committed to voting against changes that could kill the bill."

Earlier in the week, Schumer and McCain laid out a timeline for the bill's progress, saying they hope to pass it in the Senate in June.