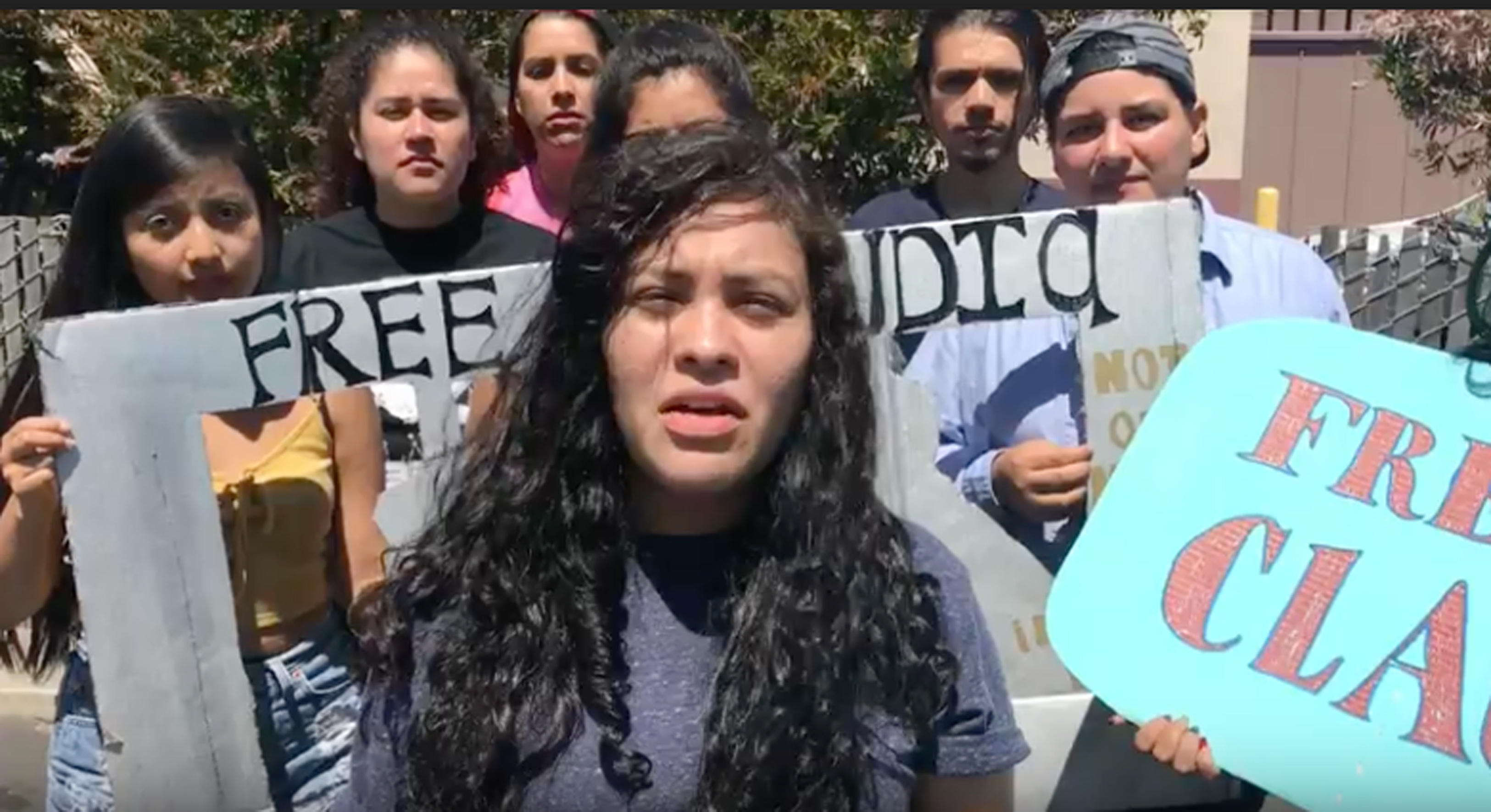 SAN DIEGO -- A Mexican woman was released from custody Friday while the U.S. government seeks to deport her after a judge rejected arguments she should wear a monitoring device because she was arrested twice while demonstrating in support of people in the country illegally.

Claudia Rueda, 22, plans to apply for Deferred Action for Childhood Arrivals, a program started in 2012 under President Obama that shields immigrants who came to the U.S. as young children from being deported. Her case has drawn attention because she has no criminal record and is an immigration activist.

The immigration judge, Annie S. Garcy, said holding Rueda without bond was "unduly severe" and allowed her to be released on her own recognizance. She noted Ruedas' academic and other achievements and was incredulous when a government attorney asked that Rueda be required to wear a monitoring device.

"Wow, an ankle bracelet? Really?" said Garcy, who is on temporary assignment from Newark, New Jersey, under an administration effort to give higher priority to cases along the U.S. border with Mexico.

The government attorney, Matthew Hanson, responded that Rueda was arrested twice, once for trespassing and once for disorderly conduct.

Her attorney, Monika Langarica, said those arrests occurred during peaceful demonstrations to support people in the country illegally. She was charged in only one case and it was dismissed.

Rueda, a student at California State University, Los Angeles, was arrested on immigration charges May 18 outside a relative's Los Angeles home in connection with what the U.S. Border Patrol said was a drug smuggling investigation.

Her mother, Teresa Vidal-Jaime, was arrested on immigration violations in April in connection with the same investigation and later released from custody. Neither Rueda nor her mother was arrested on drug charges.

U.S. Immigration and Customs Enforcement said it would comply with the order to release Rueda and will consider any additional requests by her attorney.

President Trump has upheld Deferred Action for Childhood Arrivals while expanding the scope of immigrants subject to deportation beyond people with criminal convictions.

During Mr. Trump's first 100 days in office, Immigration and Customs Enforcement said it arrested more than 41,000 people on immigration charges, an increase of nearly 40 percent from the same period a year earlier. Nearly 75 percent had criminal convictions.

Rueda did not apply for the Obama-era program to shield young immigrants from deportation because she could not afford $465 application fee, Langarica said. A scholarship fund has since agreed to pay the fee, which is now $495.

The hearing was held under tight security at a privately-run detention facility in San Diego, where Rueda has been held.

A band played Mexican-style ranchera and dance music outside the detention center for a small crowd of supporters.