This story was written by Joseph Weisenthal.

IMedExchange, a social networking site for doctors, has raised $2.5 million from various angels, according to Seattle PI. All but two of the company's 40 investors are doctors themselves. The Seattle-based company, which is launching this month, wants to be a place where doctors can exchange professional info, while also doing traditional social networking stuff, like chatting about their personal interests. The big competition in the space is heavily backed Sermo, which is very tightly focused on the exchange of industry knowledge. 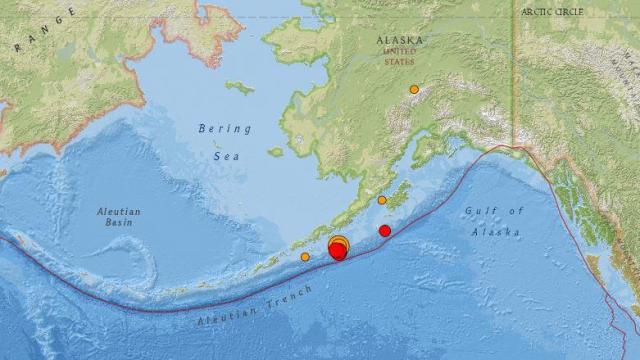 The powerful earthquake struck off the Alaska Peninsula on Monday afternoon. There were no immediate reports of damage.

Sources say the president quietly sent senior officials to Damascus in a bid to get kidnapped journalist Austin Tice home before the election, but they couldn't make a deal.

Georgia's secretary of state encourages early voting ahead of election

Some of the country's largest employers have expanded paid time-off policies for Election Day, but Amazon has not.

1 in 4 U.S. workers are considering quitting

Some companies have increased benefits in the COVID-19 era but many workers say that's not the case for their employers.

Writer details a year undercover on the white supremacist web

In the book "Cultural Warlords: My Journey Into the Dark Web of White Supremacy," writer Talia Lavin chronicles firsthand how white supremacists talk, act and even date amongst each other online.