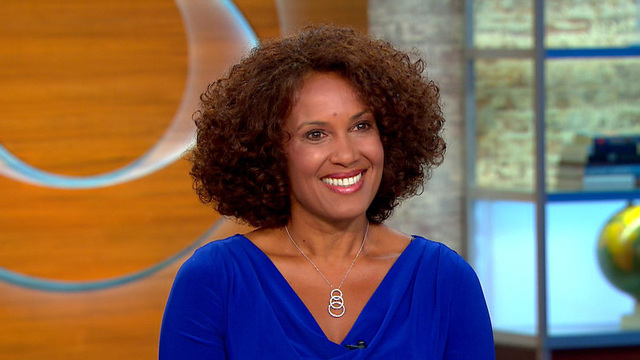 One of the hottest topics in medicine concerns the relationship between the body's bacteria and a range of serious diseases -- from cancer to obesity. Georgetown University Hospital gastroenterologist Dr. Robynne Chutkan said our squeaky-clean lifestyle is wreaking havoc on those vital bacteria and damaging our health.

"We are super sanitizing ourselves into illness and thinking that we are being clean and preventing disease; we're actually causing disease by disrupting the microbiome," Chutkan said Wednesday on "CBS This Morning."

Her new book, "The Microbiome Solution: A Radical New Way to Heal your Body from the Inside Out," explores the microbiome, a term that refers to the over 100 trillion microbes -- bacteria, viruses and fungi -- that live in and on the human body.

"The vast majority of the microbes that live in our bodies are a vital part of our ecosystem and they're essential to our health. They're not disease-causing germs as we've been taught," she said.

In fact, imbalance to the microbiome, or dysbiosis, has been linked to a range of health problems including certain types of cancer; autoimmune diseases like thyroid disorders, multiple sclerosis and type 1 diabetes; as well as gastrointestinal disorders like Crohn's disease and irritable bowel syndrome.

Chutkan said studies have also revealed an altered microbiome in some children with autism.

Dysbiosis affects up to 30 million Americans, according to Chutkan. She said symptoms of microbiome imbalance include bloating, food intolerance, skin rashes, brain fog and weight-loss resistance.

In addition to hyper-sanitizing our environment with antibacterial cleaning products, a number of drugs contribute to dysbiosis.

Antibiotics are the primary cause for concern, according to Chutkan.

"Five days of a typical, broad-spectrum antibiotic can remove up to one-third of your gut bacteria and there's no guarantee that these species come back," Chutkan said.

Many doctors recommend probiotics to combat those effects, but Chutkan said taking a probiotic does not fix the damage done by an antibiotic.

"Taking a probiotic after that is like draining out the entire bath of water and then putting in a cup of water and thinking 'OK, I'm fixed,'" she said. Furthermore, not all probiotics are the same and it's important to pick the right strain.

Other drugs like steroids, hormones, acid-blockers and NSAID pain relievers -- ibuprofen, for example -- can damage the microbiome, which may lead to damage of the intestinal lining and other organ systems, she said.

What can we do to keep our microbiome happy?

"We need to eat food that feeds our gut bacteria, what we called prebiotic foods," Chutkan said.

Foods like garlic, asparagus, leeks, onion, oats, lentils and artichokes, as well as fermented foods like sauerkraut, kimchi and pickles all act as prebiotics.

Her book also includes information on fecal microbiome transplant, a therapy that has shown increasing success in treating certain intestinal infections. Chutkan said there's also evidence that it could be used to treat certain autoimmune disorders.