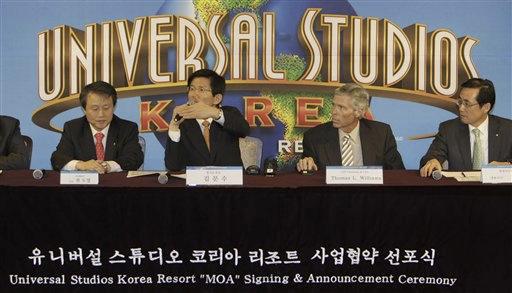 The outbreak has sparked one lawsuit, filed Thursday, against airline caterer Gate Gourmet Inc., which included the carrots in meals served last Aug. 22-24.

The company, based in Virginia and Switzerland, was sent a warning letter by the federal Food and Drug Administration on April 21 citing violations found in a February inspection of its Honolulu facility — such as "pink slimy substance" dripping onto the conveyor of the pot washing machine, live cockroaches and flies, and mold growing on the windows of a refrigerator.

The company, which has locations in 30 countries, says it responded quickly to the April letter and contends the investigation of the August illnesses has not been able to definitely identify the source of the contamination.

"As a result of these efforts, our Honolulu facility passed its most recent FDA inspection conducted this week," Bronson said.

While an investigation by the state Health Department and the FDA narrowed the likely source to carrots contained in salads served by Gate Gourmet, investigators don't know when, where or how the carrots were contaminated, state epidemiologist Paul Effler said.

The investigation "indicates that carrots by Gate Gourmet were the likely source," Effler said. "It doesn't indicate that contamination occurred at Gate Gourmet or in the field where carrots were harvested or anywhere along the production chain. That's what we don't have."

According to the lawsuit, Ernie Lyon of Orlando, Fla., became ill with symptoms including nausea, diarrhea, cramps, fever and tremors three days after a Northwest Airlines flight from Honolulu to Minneapolis.

Severe cases of Shigellosis can be so serious that patients, particularly young children and the elderly, need to be hospitalized, accord to the federal Centers for Disease Control and Prevention. Others may show no symptoms at all but could pass the bacteria on to others.

"They have no defenses and no excuses," said William Marler, who is representing Lyon. No sum was mentioned in the lawsuit, which asks for actual and punitive damages.

Marler said he is also representing up to nine other people who might be added to the case.