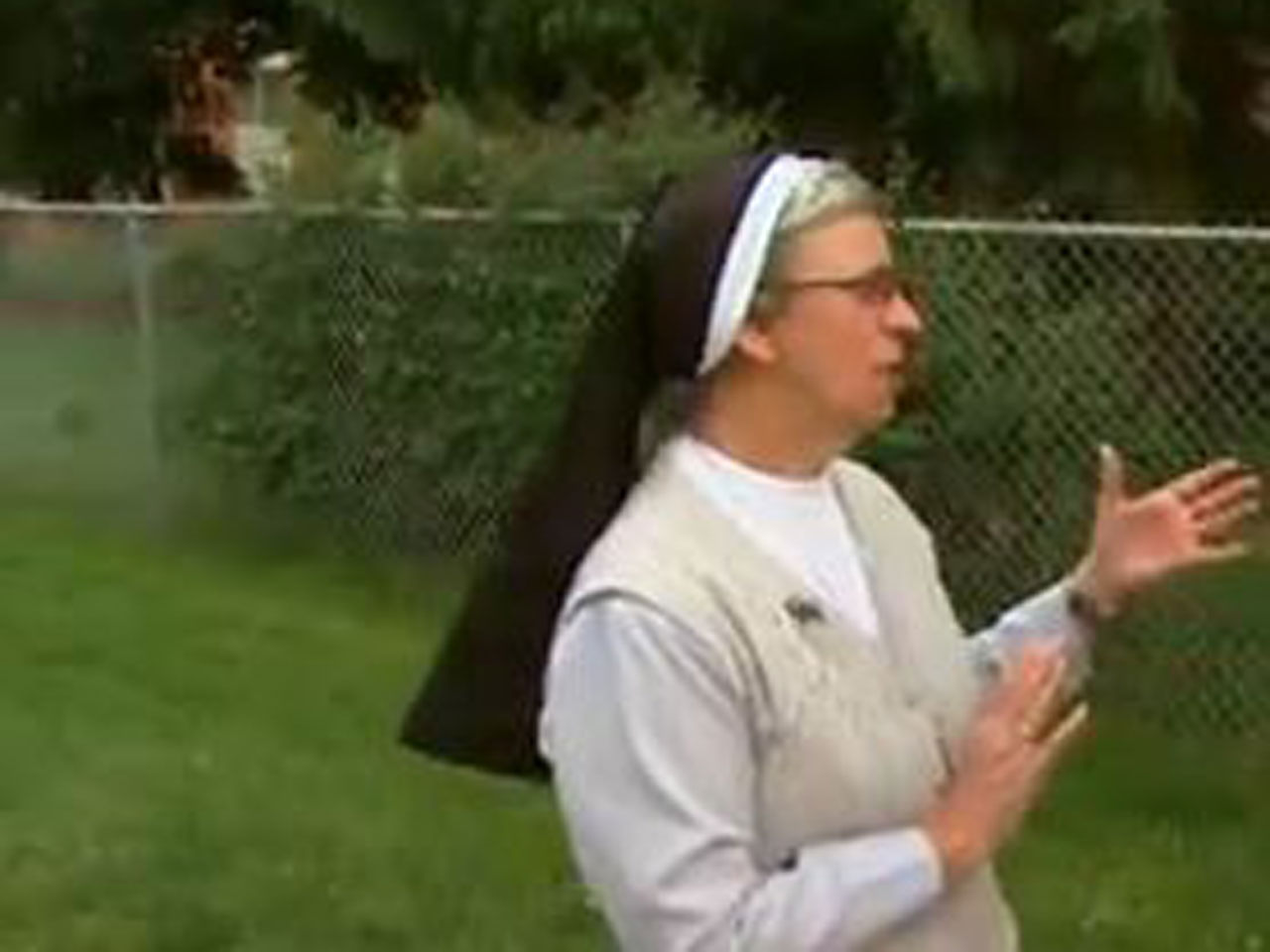 STONE PARK, Ill. - A group of nuns seeking to force a strip club next door to their convent to close is poised to march on the establishment to show what anyone who went to Catholic school already knows: They mean business.

"Our sisters are trying to pray, and you just hear the thump, thump, thump" of loud music coming from the strip club, said Sister Noemia Silva of the Sisters of St. Charles. Silva said nearly two dozen nuns and others planned to march Wednesday afternoon on nearby Club Allure Chicago.

Silva and the convent's attorney said the march will show the public just how close the club is and that any argument the club might make claiming it is not disrupting their way of life is ridiculous.

"I go into the retired sisters' chapel and see these little elderly sisters hunched over praying turn around and you can literally see the rear of this strip club," said Peter Breen, the attorney. "This is an insult to them."

The village of Stone Park said the club is a legal establishment, and the manager of the club has complained in media reports that his establishment is being targeted not for what the nuns can see and hear but simply for what they know is going on inside.

Whatever the reasons, the convent's legal argument has nothing to do with religious beliefs. In the lawsuit filed last week against the owners of the club and the village of Stone Park claims the club violates Illinois zoning laws, which require a 1,000-foot buffer between adult entertainment and places of worship or schools.

Not only are there three chapels at the 70-year-old convent, but because praying is what the nuns do no matter where they are on the property the entire site is a place of worship, Breen said.

"When they are working in their garden, they are praying," Breen said. "That's their mission."

From Stone Park's perspective, Club Allure was allowed to open last fall for the simple reason that the tiny village west of Chicago had no legal way to stop it.

In response to the nuns' lawsuit, the club said in a statement obtained by CBS Chicago: "This is a total fabrication of the facts. I hope the Thomas Moore Society does as well in this suit as it does against same-sex marriage or other pursuits to oppress the rights of women."

Village Attorney Dean Krone said the law in suburban Cook County is even more restrictive than the state zoning laws, because it forbids such establishments to be within 1 mile of churches and schools. The problem with the law is that it runs headlong into U.S. Supreme Court rulings that have made it clear that such businesses "are a form of speech protected under the First Amendment," he said.

Krone acknowledges the current situation has put Stone Park in the "somewhat uncomfortable" position of taking the side of a strip club instead of a convent. But, he said, the law is clear and the club's owner has taken steps to minimize its impact on neighbors, from sound-proofing it to providing plenty of parking to keep patrons off neighboring streets.

But the nuns say that failed to insulate them from what they see as some pretty nasty habits. According to the lawsuit, that includes the sound they can hear at all hours of the night coming from the club as well as empty bottles, broken glass and even used condoms that litter the area.

"We are doing what we need to do," Silva said.