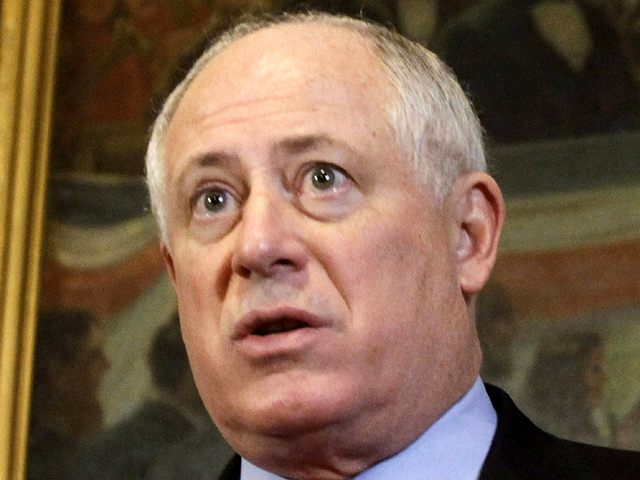 SPRINGFIELD, Ill. - Illinois abolished the death penalty Wednesday, more than a decade after the state imposed a moratorium on executions out of concern that innocent people could be put to death by a justice system that had wrongly condemned 13 men.

Gov. Pat Quinn also commuted the sentences of all 15 inmates remaining on death row. They will now serve life in prison with no hope of parole.

State lawmakers voted in January to abandon capital punishment, and Quinn spent two months reflecting on the issue, speaking with prosecutors, crime victims' families, death penalty opponents and religious leaders. He called it the "most difficult decision" he has made as governor.

"We have found over and over again: Mistakes have been made. Innocent people have been freed. It's not possible to create a perfect, mistake-free death penalty system," Quinn said after signing the legislation.

Illinois will join 15 other states that have done away with executions.

The executive director of a national group that studies capital punishment said Illinois' move sets it apart from other states that have eliminated the death penalty because many of those places rarely used it.

"Illinois stands out because it was a state that used it, reconsidered it and now rejected it," said Richard Dieter, of the Death Penalty Information Center, in Washington.

Prosecutors and some victims' families had urged Quinn to veto the measure.

The governor offered words of consolation to those who had lost loved ones to violence, saying that the "family of Illinois" was with them. He said he understands victims will never be healed.

Illinois' moratorium goes back to 2000, when then-Republican Gov. George Ryan made international headlines by suspending executions. Ryan acted after years of growing doubts about the state's capital-punishment system, which was famously called into question in the 1990s, after courts concluded that 13 men had been wrongly condemned.

Shortly before leaving office in 2003, Ryan also cleared death row, commuting the sentences of 167 inmates to life in prison.

Illinois' last execution was in 1999.

Quinn promised to commute the sentence of anyone else who might be condemned before the law takes effect on July 1.

New York and New Jersey did so in 2007. New Mexico followed in 2009, although new Republican Gov. Susana Martinez wants to reinstate the death penalty.

Anti-death penalty activists said other states have looked to Illinois as a leader on the issue ever since the moratorium began.

"This is a very significant action on the governor's part," said Mike Farrell, an actor best known for his role on the hit television show "M*A*S*H" and a longtime activist who is now the president of the board of directors of Death Penalty Focus in California.

"This is a domino in one sense, but it's a significant one."

As Illinois governor in the late 1970s, Republican James Thompson signed a law reinstating the death penalty and was an ardent supporter of capital punishment for decades.

"But for the last several years, I began to have my doubts," he said Wednesday.

Thompson said he came to believe the death penalty did not deter would-be murderers and that the risk of executing a single innocent person outweighed any potential benefits.

A Chicago woman whose teenage son was gunned down in 2006 said she was disappointed in Quinn's decision — a move, she said, that victims' relatives tried to talk him out of a few weeks ago.

Pam Bosley said nobody is in custody in her son's death, but whoever killed him does not deserve to live.

"I don't want them to breathe the air that I breathe," said Bosley, whose 18-year-old son, Terrell Bosley, was killed in front of a church on Chicago's South Side.

Bill Sloop, a truck driver from Carthage, said he was saddened to think that taxpayers would have to continue feeding, clothing and care for Daniel Ramsey, the death row prisoner who killed his 12-year-old daughter and wounded her older sister in a 1996 shooting spree.

Quinn "shouldn't have done what he did," Sloop said.

Illinois Attorney General Lisa Madigan appealed directly to Quinn to veto the bill, as did several county prosecutors and victims' families. They said safeguards, including videotaped interrogations and easier access to DNA evidence, were in place to prevent innocent people from being wrongly executed.

But death penalty opponents argued that there was still no guarantee that an innocent person couldn't be put to death. Quinn's lieutenant governor, Sheila Simon, herself a former prosecutor, urged him to sign the bill.

Illinois has executed 12 men since 1977, when the death penalty was reinstated. The last execution was Andrew Kokoraleis on March 17, 1999. At the time, the average length of stay on death row was 13 years.

Kokoraleis, convicted of mutilating and murdering a 21-year-old woman, was put to death by lethal injection.