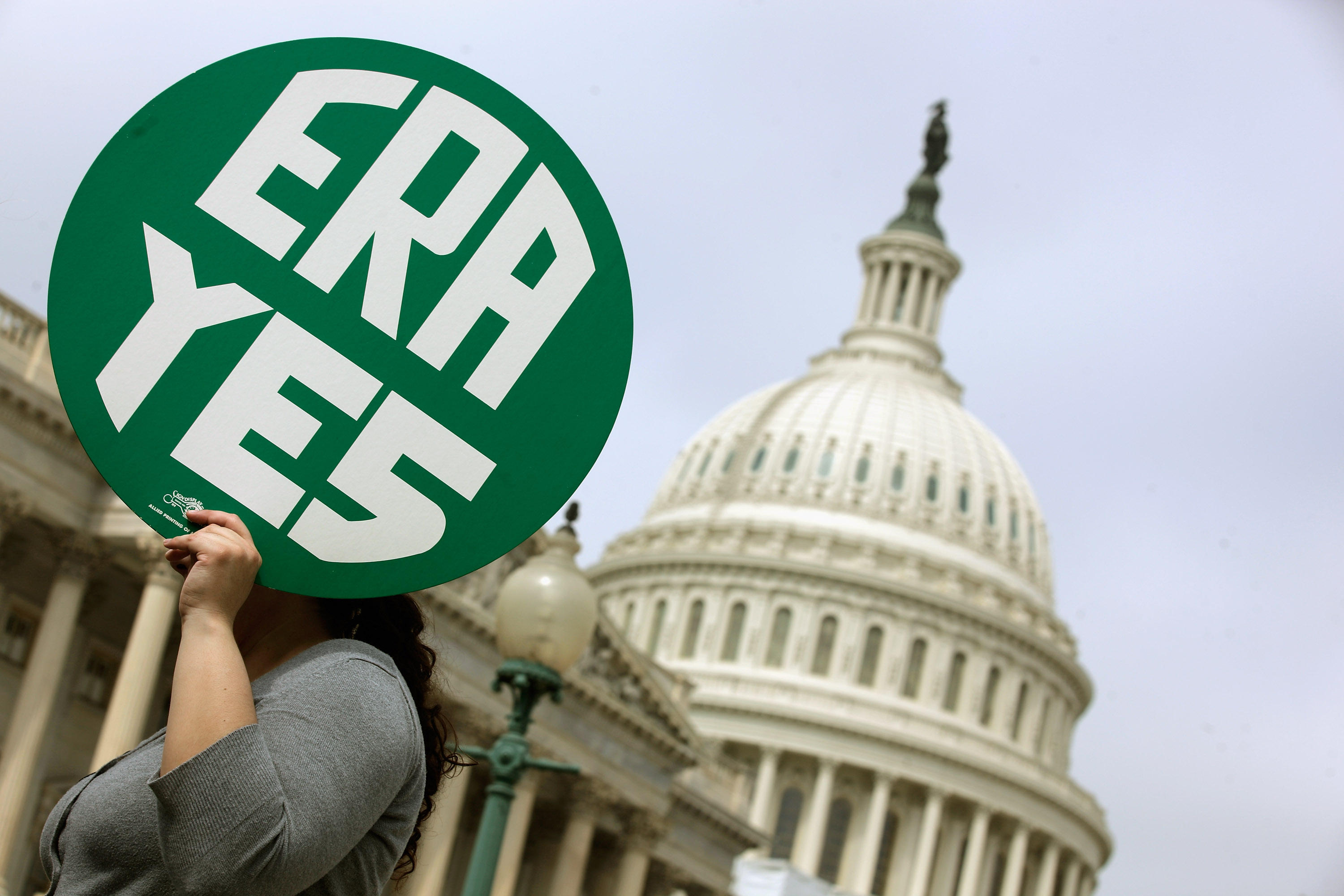 Illinois on Wednesday became the 37th state to ratify the Equal Rights Amendment, putting the country only one state away from a landmark change to the U.S. Constitution guaranteeing equal rights for women.

The historic passage was nearly half a century in the making, and came 38 years after supporters staged hunger strikes and floor sit-ins in a futile attempt to persuade the Illinois Legislature to OK the proposal by what was a congressionally set deadline.

The Illinois House approved the amendment 72-45 Wednesday. The Senate approved it 43-12 in April.

Rep. Lou Lang, the Skokie Democrat who sponsored the proposal, called the vote a historic moment for lawmakers to make a difference for women across the nation.

"Is the Illinois House for or against adding 161 million American citizens to the U.S. Constitution where they absolutely belong?" he asked prior to the vote. "A 'no' vote is a vote against the right of women in the United States of America."

The ERA, first proposed in 1972, guarantees equal rights for all citizens regardless of sex. Ratification requires the assent of 38 states, but there's some legal debate over whether it's too late for additional states to join those that acted years earlier.

Illinois was one of 15 states not to ratify before the 1982 deadline. The push to ratify took center stage once more after Nevada voted to ratify the amendment last year.

Opponents have argued that passing the amendment would give women unrestricted access to abortion, among other things.

While those arguments still persisted this year, many Republicans remained quiet, instead yielding their time to their black colleagues on the other side of the aisle who expressed concerns that the fight for women's rights has largely been championed by white women, many of whom did not consider black women their equal.

"When the women finally got their right to vote, black women did not get our rights," said Rep. Mary Flowers, a Chicago Democrat. "You want to say something (the ERA language) written in 1923 is going to protect me?"

Other Democrats, many of whom are also black, stressed that ratifying the Equal Rights Amendment is more important than ever in the era of President Donald Trump. Rep. Emanuel "Chris" Welch, a Hillside Democrat, said he is concerned the president could roll back protections against women unless those rights are guaranteed in the Constitution.

"I would rather rely on our U.S. Constitution than Donald Trump," Welch said.