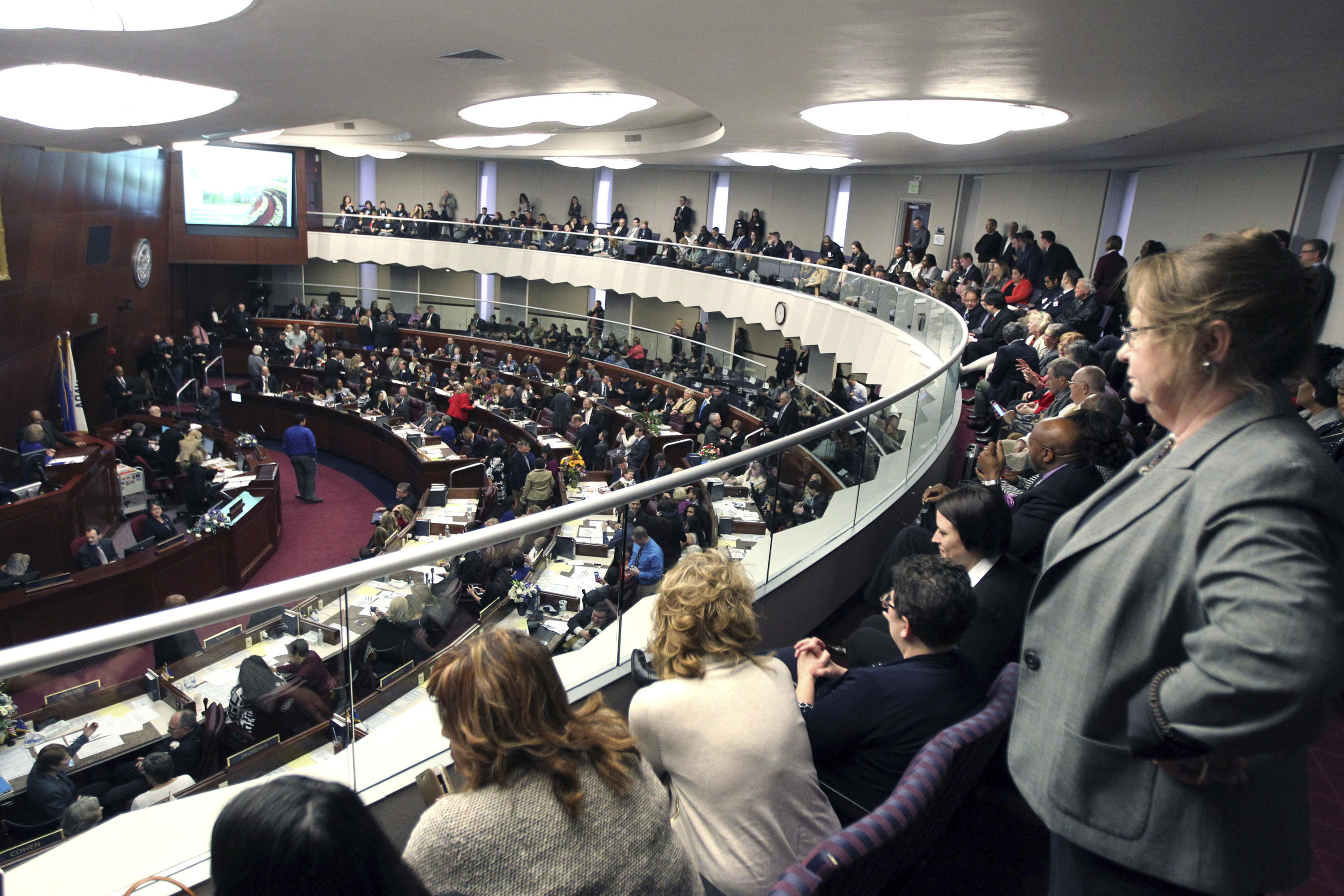 State senators supporting the Equal Rights Amendment say it’s a profound gesture for women, who continue to experience discrimination in all facets of life.

The bill that passed out of the state Senate is a Democratic attempt to endorse the amendment decades late. Nevada was one of 15 states that did not ratify the amendment by a 1982 deadline, dooming the proposal Congress initiated in 1972. At least six previous bills to ratify the language have failed in the Nevada Legislature.

“We have delayed passage long enough,” said Sen. Pat Spearman, D-North Las Vegas, lead sponsor of the proposal. “Now is the time to show the country and the global neighborhood we as Nevadans bleed when it comes to equality for all.”

Senators say reconsideration in Nevada and other states is largely symbolic, although four Democratic members of the Republican-controlled Congress introduced legislation this year that would restart the clock on the amendment.

Sen. Nicole Cannizzaro, D-Las Vegas, argued a gender-specific equality law would cement women’s rights, which the Fourteenth Amendment has only alluded to.

“There is a difference between a guaranteed right and having to continue to justify and fight for what equality means,” Cannizzaro said.

Opponents said they’re concerned the statement could have ramifications that today seem far-fetched, including a reversal of U.S. Supreme Court decisions that the right to have an abortion does not carry an entitlement to public funding for one.

Sen. Becky Harris, R-Las Vegas, voted against the proposal, saying it should explicitly protect children, could lead to women being drafted into the military and any such statement would be more effective in the state constitution.

Sen. Joseph Hardy, R-Boulder City, said his vote against the proposal was for protecting traditional family structures and “for celebrating the differences of our God-given genders.”

“Do we really want compulsory combat duties for women and mothers? Do we really want more freedom to interrupt the gestational process without timelines? Do we want to remove the banks of the river of the family flow of our society?” Hardy said before the vote.

Such misinformation and false innuendos, Spearman said, are why most arguments against the Equal Rights Amendment constitute misogyny.

“This line of social and cultural demagoguery is admirable for its asininity alone,” Spearman said.

Nevada is among four states with the highest percentages of women legislators this year, commanding nearly 40 percent of Nevada’s 63 statehouse seats.

According to the Las Vegas Review-Journal, there was brief applause on the Senate floor and among visitors when the votes were cast -- and supporters were clad in “suffragette white.”

Republican Sen. Heidi Gansert of Reno, Independent Sen. Patricia Farley of Las Vegas and all 11 Democratic senators supported the amendment in a 13-8 vote. Senate Joint Resolution 2 moves to the Assembly.

Bush political dynasty tested in Texas runoff, and other races to watch
Thanks for reading CBS NEWS.
Create your free account or log in
for more features.
View CBS News In
CBS News App Open
Chrome Safari Continue
Be the first to know
Get browser notifications for breaking news, live events, and exclusive reporting.