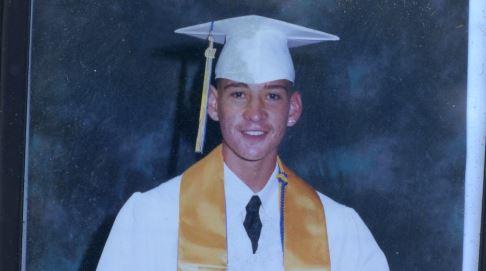 HONOLULU -- A former bunk mate of a U.S. soldier accused of pledging loyalty to the Islamic State of Iraq and Syria (ISIS) group says they debated conspiracy theories.

Kang was arrested Saturday and appeared in federal court in Honolulu Thursday for a detention hearing. At the hearing, the Department of Justice introduced a photo of Kang kissing an ISIS flag. Kang also allegedly praised the Pulse nightclub shooting.

According to the FBI, he allegedly attempted to provide military documents and training to ISIS. On July 8, Kang allegedly swore allegiance to Abu Bakr al-Baghdadi and said he wanted to take his rifle and kill "a bunch of people," according to court documents.

Kang was the subject of a year-long joint investigation with the U.S. Army. During the investigation, he allegedly passed classified documents to an undercover source posing as a member of ISIS, according to court documents. While under surveillance, he allegedly told undercover sources that the U.S. is "the only terrorist organization," and when asked if he was with the U.S. or ISIS, he said ISIS.

Lyles tells The Associated Press the terrorism charges against Kang come as a shock. He says he never heard Kang express support for the enemy.

Lyles is medically retired from the Army and says they bunked together for a month in 2013. According to court documents, Kang was reprimanded on several occasions for threatening to hurt or kill other service members and for arguing pro-ISIS views while at work and on-post in 2011.

Kang's lawyer says that Kang may suffer from service-related mental health issues. His father, Clifford Kang, told CBS affiliate KGMB that he believed his son may suffer from PTSD from his tours overseas. Kang's service record indicates he was deployed to Afghanistan in 2013 and Iraq in 2011 and was highly decorated.

Clifford Kang described his son to KGMB as "a great kid. He's not real outgoing, he's never been, but neither was I. But other than that he's a great kid, a normal kid who grew up in Waimanalo."