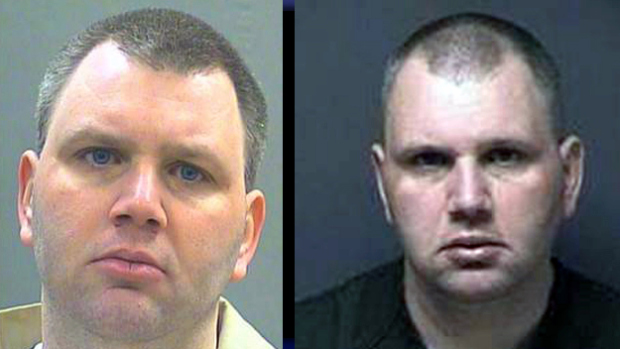 TOMS RIVER, N.J. - Police say a man who just completed a 15-year prison term for robbing a New Jersey shoe store went back there the day after his release and committed the same crime.

It's gotta be the shoes?

Toms River police say that on Saturday afternoon 40-year-old Christopher Miller went to the store he robbed in 1999. They say he demanded cash from two employees, eventually took a cash register containing $389 and fled on foot with the employees' cellphones.

Police soon tracked down Miller and found the cellphones in a shopping center garbage can. They found the money in a downspout in the back of the building.

Police said in the 1999 robbery, Miller tied up the store's employees in a storage room before taking off with cash. In Saturday's incident, police said Miller demanded the two store employees go to the back of the store but they refused, reports CBS New York.

Miller has also been convicted in a number of other robberies over the years, according to the station.