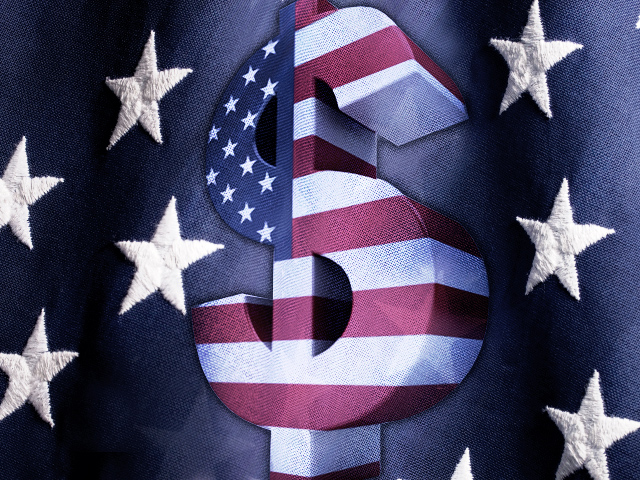 The United States' economic woes have been front and center in the last three elections. In 2008, the September collapse of the financial firm Lehman Brothers triggered the greatest economic crisis since the Great Depression just weeks before the presidential election. In 2010, the U.S. unemployment rate stood at 9.8 percent in November as voters headed to the polls for the midterm election. And in 2012, exit polls showed 59 percent of voters said the economy was the number one issue facing the country.

But now there are signs that the economy and, perhaps more importantly, voters' perception of the economy are looking up. There are still more than three years until November 2016, but if that upward trend continues, what impact would an improved economy have on the presidential election?

Friday's unemployment report gives us a sense of the health of the jobs market, but unemployment has been on a slow (and uneven) downward trend to 7.5 percent in April. The housing market has shown signs of rebounding. In March, the S&P/Case-Shiller home price index jumped 11 percent from the previous year. And all of that has translated to American's views of the nation's economic health.

A new CBS News/New York Times poll found 39 percent of Americans think the national economy is in good shape, the highest that number has been since December 2007. Forty-six percent of respondents say their local job market is good. Compare that to 27 percent in July 2010. However, there is still a long way to go. The same poll finds only 33 percent of respondents believe their local job market will improve in the next year and 34 percent say the economy is still the number one issue facing the country.

What does all of this mean for 2016? Amy Walter of the Cook Political Report wrote last week that "good economic times are good for incumbents."  Of course, we won't have an incumbent on the ballot in 2016. The closest we'll come is either former Secretary of State Hillary Clinton or Vice President Joe Biden, who, despite long records in public life, will be most recently associated with their time in the Obama administration. A strong or stronger economy would allow them to make the case that they served in an administration with successful economic and fiscal policies. And it could blunt Republicans' arguments that Democrats' spending habits have pushed the country towards fiscal ruin.

But barring a major foreign policy crisis, an improving economy could also allow other issues to come to the forefront of voters' minds - to the benefit of both Republicans and Democrats. Consider the 2000 presidential election. The unemployment rate stood at 3.9 percent in November 2000 and the terrorist attacks of 9/11 had not yet reshaped American foreign policy. In exit polls, voters still selected the economy and jobs as their top concern, but it was clumped together with several other issues. Eighteen percent of voters chose the economy and jobs, followed by education at 15 percent and taxes and Social Security at 14 percent each.

In today's current budget battles on Capitol Hill, many Republicans say they want to have a serious conversation about entitlement reform. If a more secure job market allows voters to turn their attention to Social Security and Medicare, Republicans could have more leverage to campaign for changes to these programs.

Of course one thing that could have a major impact on the economy over the next three years is the implementation of the Affordable Care Act. Democrats say it will improve the economy as it gets up and running by lowering costs and removing waste from the medical system. Republicans say it is a disaster that will be a drag on the economy and slow hiring. Regardless of which scenario comes to pass, it is easy to see a 2016 election where health care rises back to the top of the list of voter issues.

Here's what else the 2016 candidates have been up to this week:

Former Secretary of State Hillary Clinton: Clinton kept a busy schedule in New York City on Monday night. First, she presented designer Oscar de la Renta with an award at the annual Council of Fashion Designs of America award. She joked to the well-dressed crowed that she was pitching a new reality TV show to the Bravo channel now that she has more free time. "We could call it Project Pantsuit," she quipped. She reportedly then left the ceremony early with de la Renta to attend a 90th birthday party for former Secretary of State Henry Kissinger. On Wednesday, Clinton eulogized the late Sen. Frank Lautenberg, D-N.J. at his funeral service at a New York City synagogue.

Vice President Joe Biden: Like Clinton, Biden offered a eulogy at Lautenberg's funeral. He struck a light-hearted tone when describing his former Senate colleague. Biden, who famously commuted between Washington and his home in Wilmington, Delaware everyday by Amtrak train, told the story of racing for the train, only to be told not to worry, it was being held for Lautenberg. "I saved Amtrak three times before he was elected. I don't know how the hell this happened," Biden remarked. He added, "that's mostly true."

Gov. Andrew Cuomo, D-N.Y.: Cuomo continued to tout a new tax proposal that he outlined last week. On Monday, he met with college presidents to talk about the plan, which would create tax-free zones for businesses on university campuses throughout the state. Cuomo also this week unveiled a proposal to build three non-Indian casinos in upstate New York. But he may face resistance to that idea from the state legislature and voters. A new Quinnipiac Poll found 51 percent of New Yorkers support the expansion of casinos in the state, but 55 percent do not want the casinos in their hometown.

Gov. Martin O'Malley, D-Md.: O'Malley continues to face fallout from a Baltimore prison scandal involving guards caught working for an inmate and gang member. On Thursday, O'Malley announced additional steps for rooting out corruption in the state correctional system, including hiring additional internal investigators, requiring employees to take polygraph tests, and possibly deploying full-body scanners to prison facilities. But the Washington Post points out the problems at the Baltimore City Detention Center have dogged the Governor since before he even took office in 2007.

Sen. Kelly Ayotte, R-N.H., and Sen. Kirsten Gillibrand, D-N.Y.: Both senators serve on the Armed Services Committee and had tough words this week for commanders whom they believe are not doing enough to prevent and prosecute sexual assaults in the military. They will be guests of Bob Schieffer's on this Sunday's Face the Nation to discuss the issue.

Sen. Marco Rubio, R-Fla.: Rubio is gearing up for a crucial few weeks in the immigration reform debate. The Senate is expected to take up an immigration bill next week and Rubio, who has championed the effort, threw some cold water on the current legislation. On Tuesday Rubio told radio host Hugh Hewitt that unless the bill that was voted out of the Senate Judiciary Committee is amended to include stronger border security measures, Rubio himself won't vote for it. "I think if those amendments don't pass, then I think we've got a bill that isn't going to become law, and I think we're wasting our time," Rubio said.